Mustang Region is one the very unique and most loved travel destination of Nepal. It is called ‘The Last Forbidden Kingdom’ or the ‘Kingdom behind the mountains’ or ‘Little Tibet’. Despite of being a part of Nepal, Mustang still has local King, Jigme Palbar Bista.  Even after Nepal was declared a republic in 2007, the Nepal Government took back the official recognition of the Bista as the Mustang’s King. However, the people there still respect him as their King or tribe-leader. Bista also grants audience the visitor upon request. Trekking Experts offer this exclusive trip to Upper Mustang by overland.

Overland Tour in Upper Mustang provides you unique feeling because of its geographical structure, local culture and mysterious caves. Mustang Overland Tour brings you to the kingdom of Mustang; Lo Manthang. Mustang region is rich in culture, tradition, unique lifestyle and many mysterious man-made caves. Mustang Overland Tour is perfect for those who do not want to trek/hike in the mountain. This tour brings you to Upper Mustang by 4WD jeeps.  The journey starts with six hours’ drive to Pokhara from Kathmandu and continues driving following off-road to Upper Mustang. Mustang Overland Tour offers the sightseeing of beautiful Pokhara city, Jomsom- headquarters of Mustang, Tsarang and Lo Manthang. From Jomsom, the off-road drive follows to Dhakmar where you can find the oldest Tibetan monastery in the world, the Lo Gekar Monastery.  Lo Gekar Monastery was built in the 8th century by the famous Tibetan magician Guru Rimpoche.  Legends have it that Guru Rimpoche had to kill a powerful demon first and the blood of the demon was used to paint the rocks around Dhakmar. This tour will also bring you to world’s deepest gorge Kali Gandaki Region and the world’s highest regions of Lo-Mangthang Valley that passes through dry barren landscape, a steep rocky trail up and down hill and panoramic views of Nilgiri, Annapurna, Dhaulagiri and several other peaks. The tour passes through high peaks, passes, glaciers, and alpine valleys. The thousands years of isolation has kept the culture, lifestyle and heritage remains unchanged from centuries to this date. The houses in Mustang are mostly made from stone and sun baked mud bricks.

Close watch of the original roots of Himalayan Buddhism
Panoramic views of Nilgiri, Annapurna, Dhaulagiri and several other peaks
The traditional city ‘Lo Mangthang’ influenced by Himalayan Buddhism, Tibet-influenced culture
Amazing landscape with about 10,000 human made mysterious caves
The diversity of landscapes, villages, ethnicities, lifestyles
Surprising family- all the brothers in the family are married to a single girl
Oldest Tibetan monastery in the world, the Lo Gekar Monastery
Rare and legendary local King or Tribe-leader, Jigme Palbar Bista (even Nepal is democratic country)
Panoramic flight over the world’s deepest gorge, The Kali Gandaki
Annual interesting Festival- The Tiji Festival (during may/June)

After an early breakfast at hotel, our trekking guide will pick you from hotel and drive towards Pokhara by a private air-conditioned vehicle. On your way, you can see the picturesque Trishuli and Marsyangdi rivers along green and Rocky Mountains, rivers connecting each other and small springs too. It will take about six hours drive to reach Pokhara. You’ll stop on the way for lunch. Upon arrival in Pokhara, you’ll be checked-in at hotel and you’ll free time to relax at hotel or explore around Pokhara. Pokhara is a beautiful valley set on the banks of the Phewa and Begnas Lake, also known for its panoramic views of Annapurna (8,091m), Machapuchare (6,993m) in the north, Dhaulagiri (8,169m) in the west, Manaslu (8,156m) and Lamjung Himal (6,983) in the east. Pokhara is one of the most popular tourist's paradises with many facilities for travelers.

After breakfast at hotel in Pokhara, you’ll pick up from hotel and start your journey to Beni. First we drive west to the town of Beni with the black top road and then follow the Kali Gandaki River. The road after Beni is off-road. The Kali Gandaki valley is the world’s deepest gorge, between Dhaulagiri (8,167 m) and Annapurna I (8,091 m) Himalaya. Tatopani is a small town where you can experience the natural hot spearing and local activities.

After breakfast at Tatopani, you’ll continue drive towards to Kagbeni. Today you will drive through local villages of Kalopani, Ghasa and explore the apple farming of Marpha Village and Jomsom local market. Then you will cross Kagbeni village and visit holy temple complex of Muktinath and 108 taps dedicated to lord Vishnun. Also you will visit Jal Devi where you can see the fire lighting itself (Natural gas), the local town of Muktinath, Buddhist monastery in Jharkot with incredible views of Dhaulagiri, Nilgiri and Tukuche Peak and and drive to Kagbeni for overnight stay.

Today morning after breakfast you will visit Kagbeni Monastery and Buddhist School. Before living Kagbeni your guide will check-in your special Upper Mustang permit and start your journey to Upper Mustang. At the first you will cross Kaligandaki River near Chhuksang village by Jeep and climb up to Chella Village, Samar Village, Syangboche village, Bhina, Ghiling and arrive at Ghami village. Today you will have amazing landscape during the day from Syngboche and other places. This is your private trip so you can stop your Jeep anywhere and enjoy with the pictures. Also you will see the local farmer houses with Yak and houses caravan, Tibetan culture and local activities during the day.

Today after breakfast you will explore Namgyal Mompa, sky caves of Chhosar and the Shija Jhong cave of Mustang dating back to over 3,000 years have been subject of excavation for archaeologists from around the world. There are other several caves near Chhosar have been used for burial, meditation and also for living. Also till now Sky Burial is used in Upper Mustang which is in Chhosar and nearby villages. After finished the sightseeing of local areas you will drive back to guesthouse by jeep.

After breakfast, you will drive all the way to Jomsom crossing several local villages, Kaligandaki River, Buddhist stupas and monasteries on the way. Evening you will have time to explore local market of Jomsom.

After breakfast, you’ll drive all the way to Beni from Jomsom. From Jomsom, you will have option to fly out to Pokhara and then fly to Kathmandu. But this needs to finalize before the trip starts.

3 meals a day during the tour at lodges/local restaurants (Breakfast, lunch and dinner) except in Kathmandu Breakfast and dinner during Kathmandu hotel stay Farewell Dinner in Kathmandu at the end of the trip with typical Nepalese food 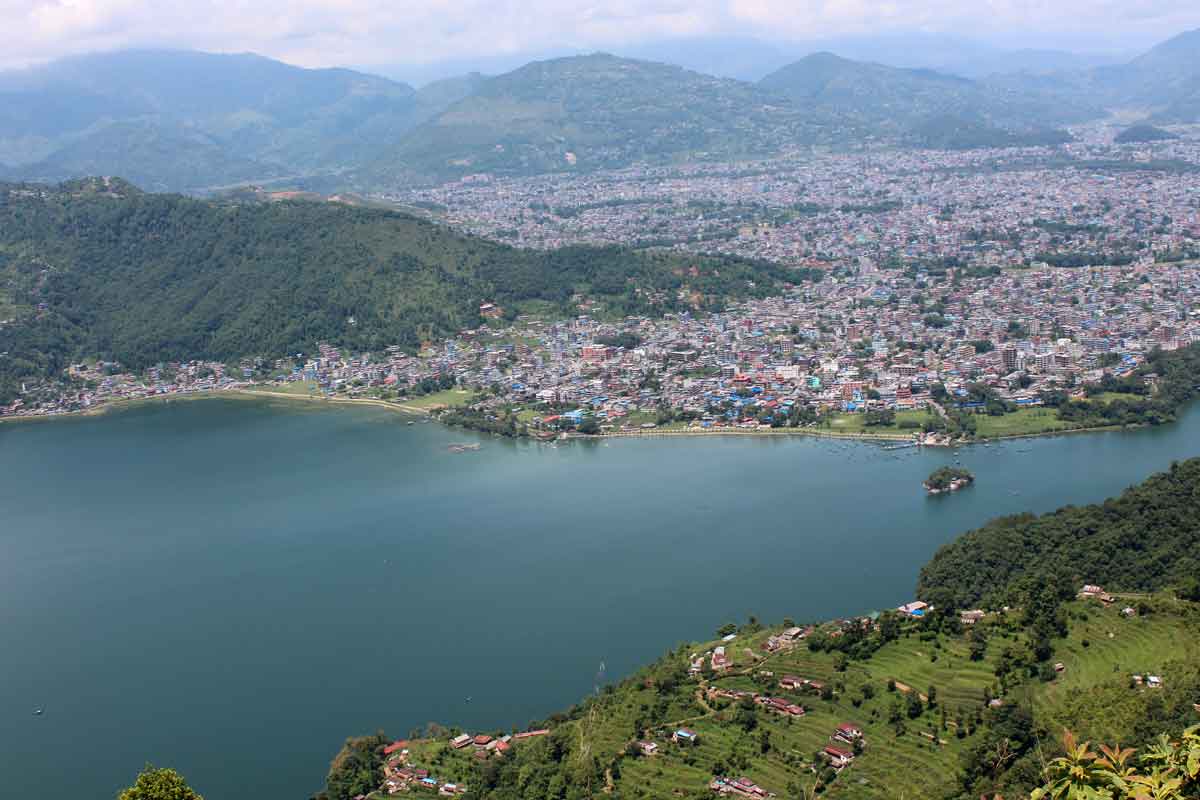 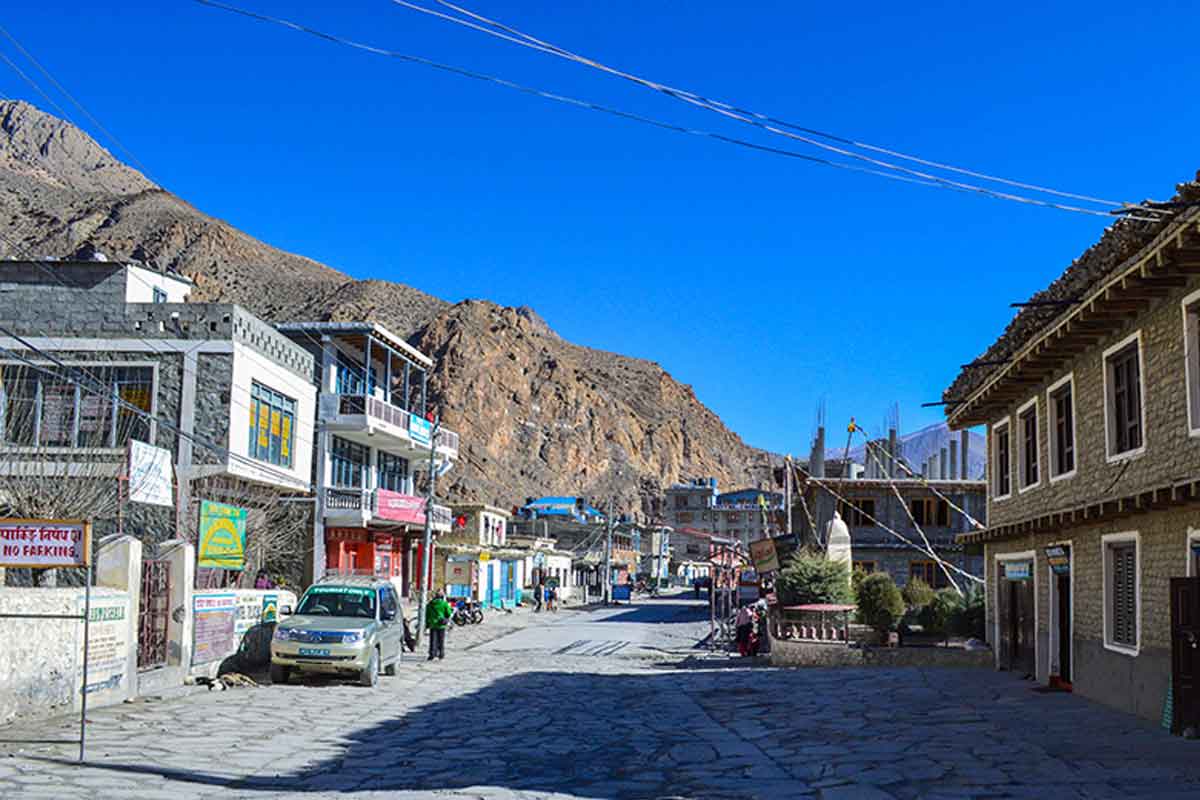 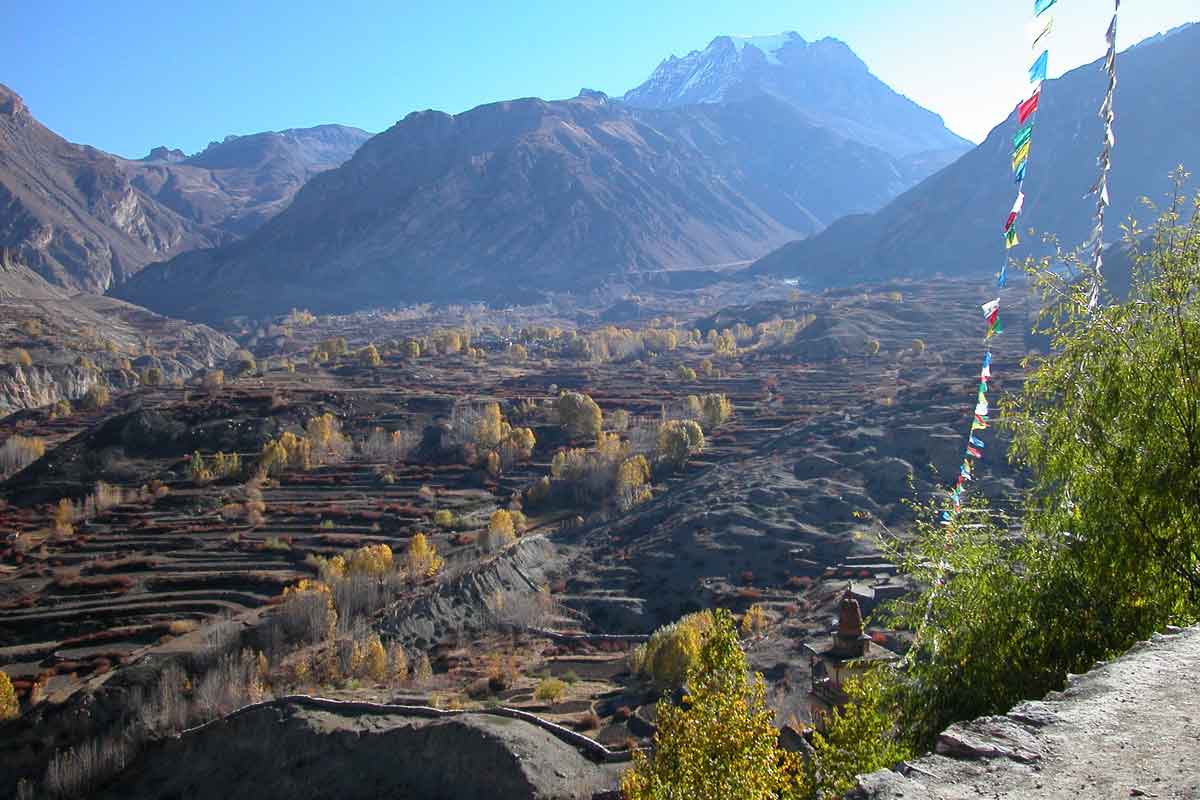 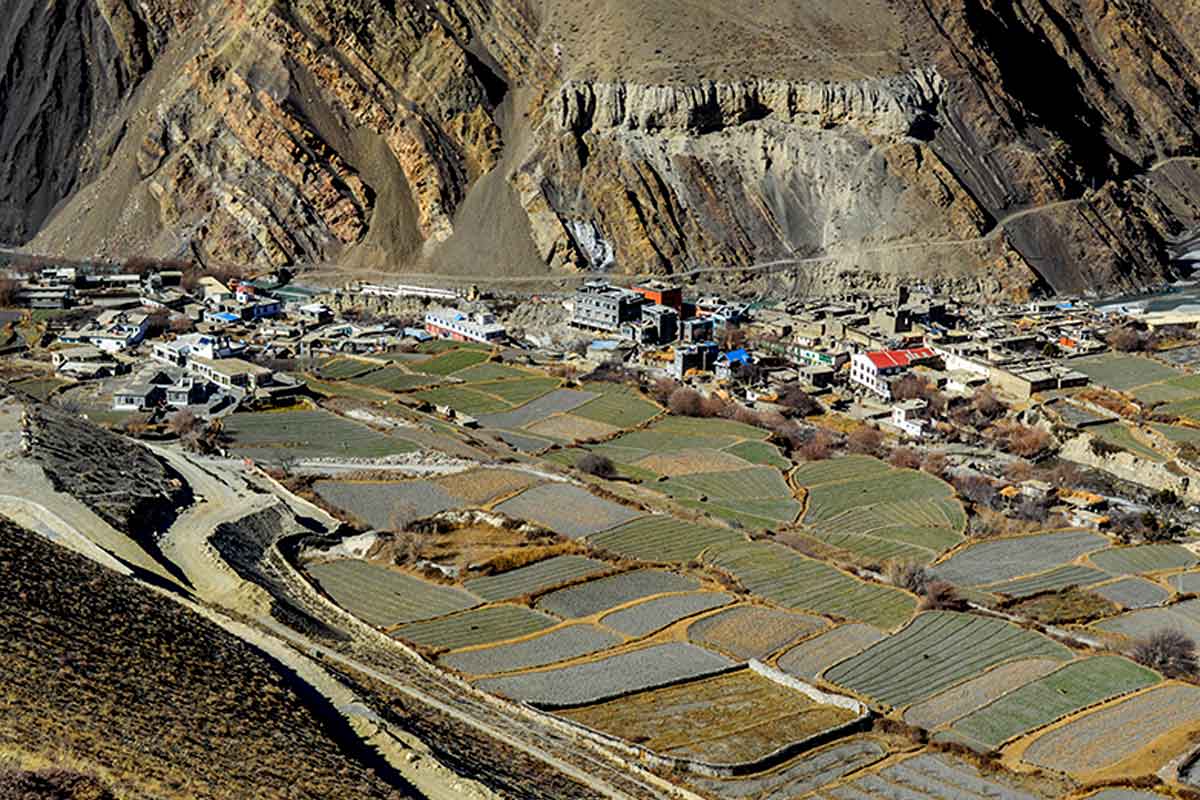 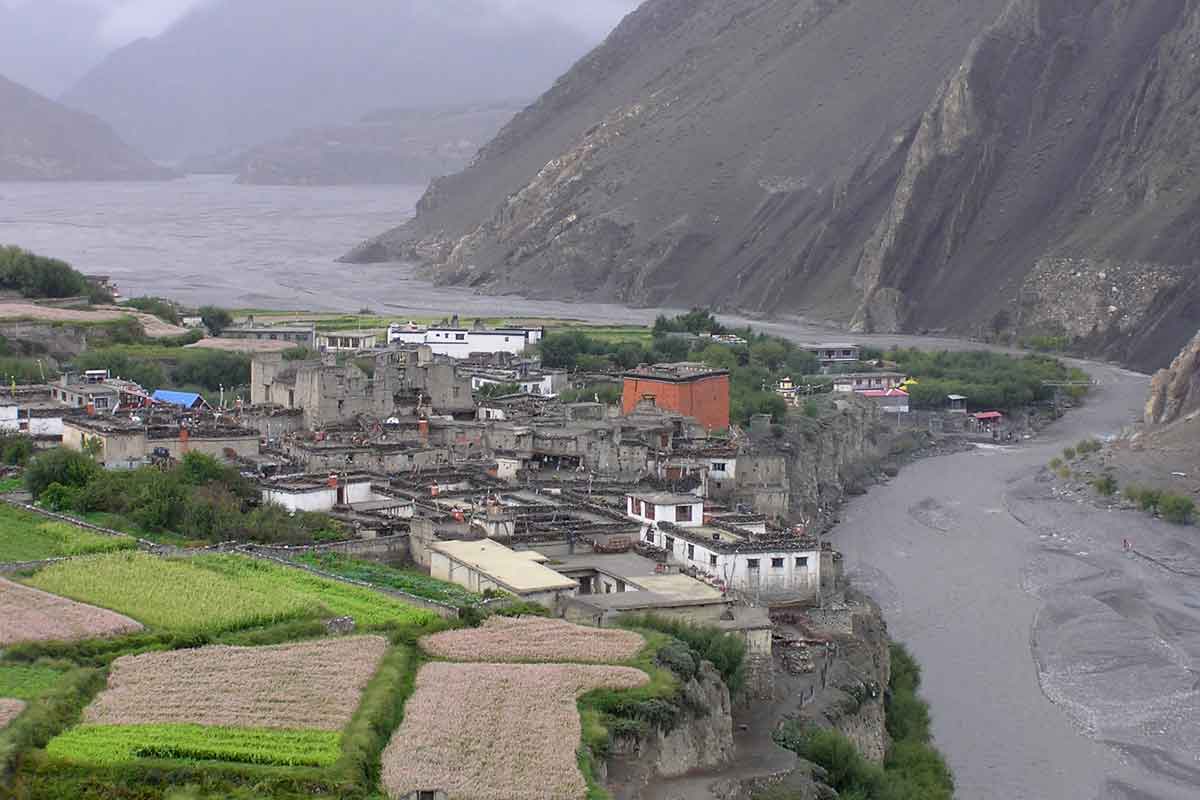 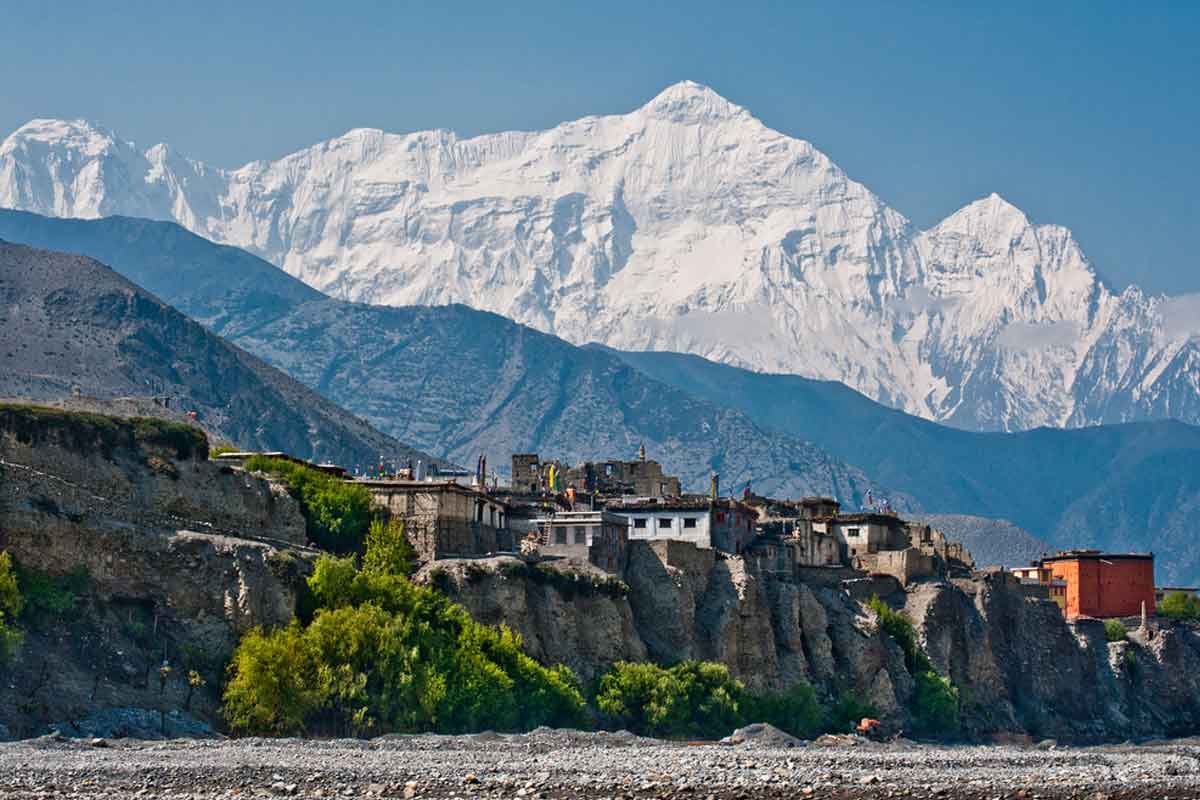 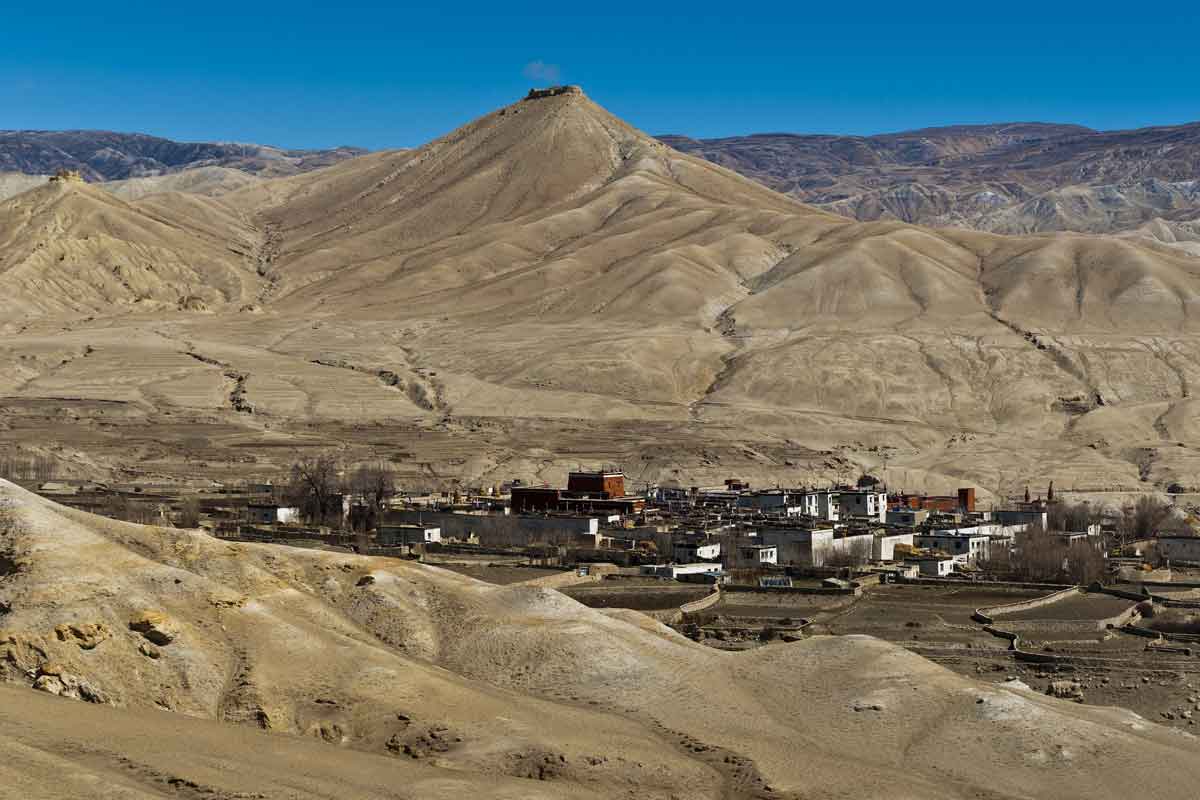 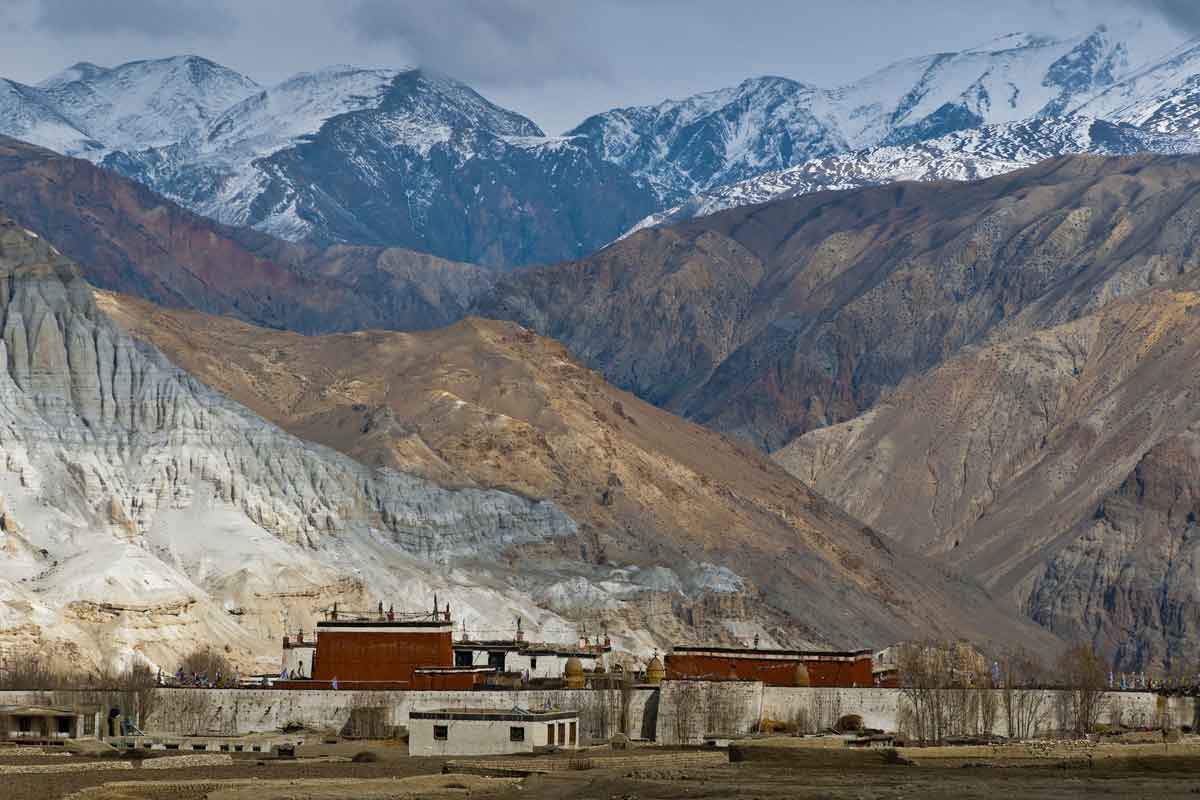 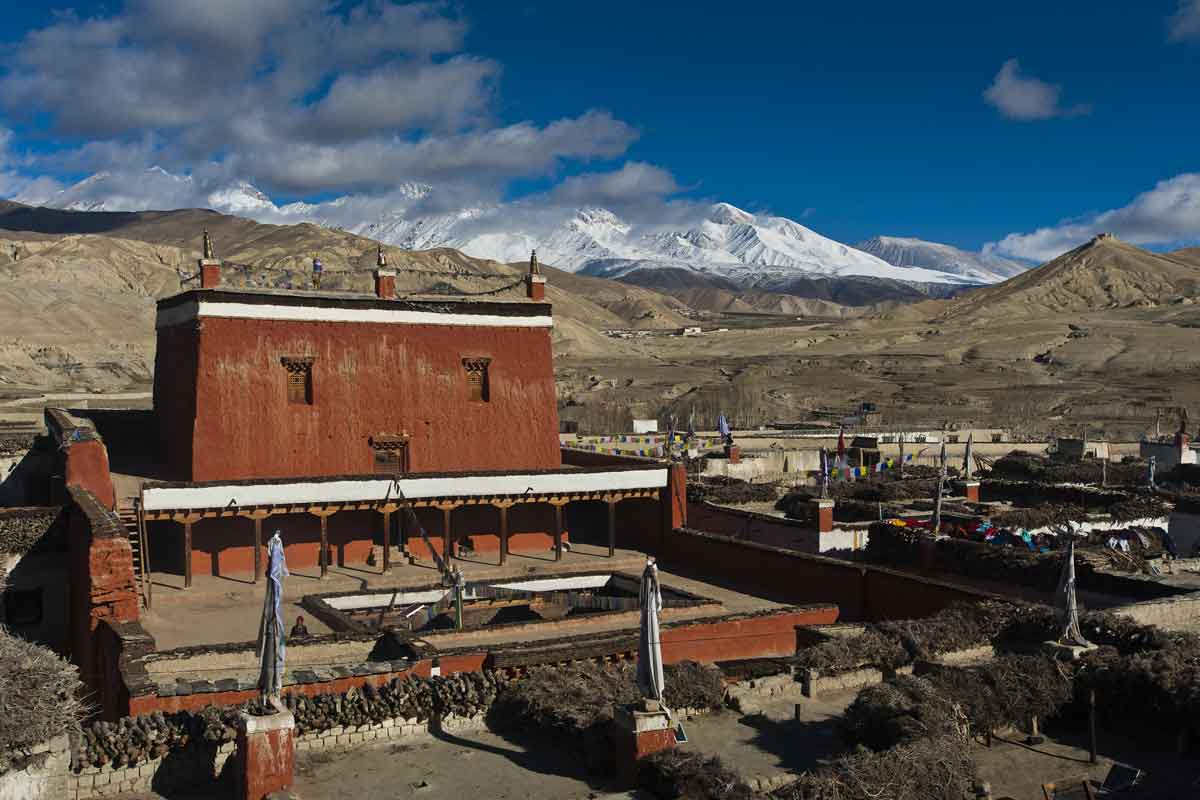 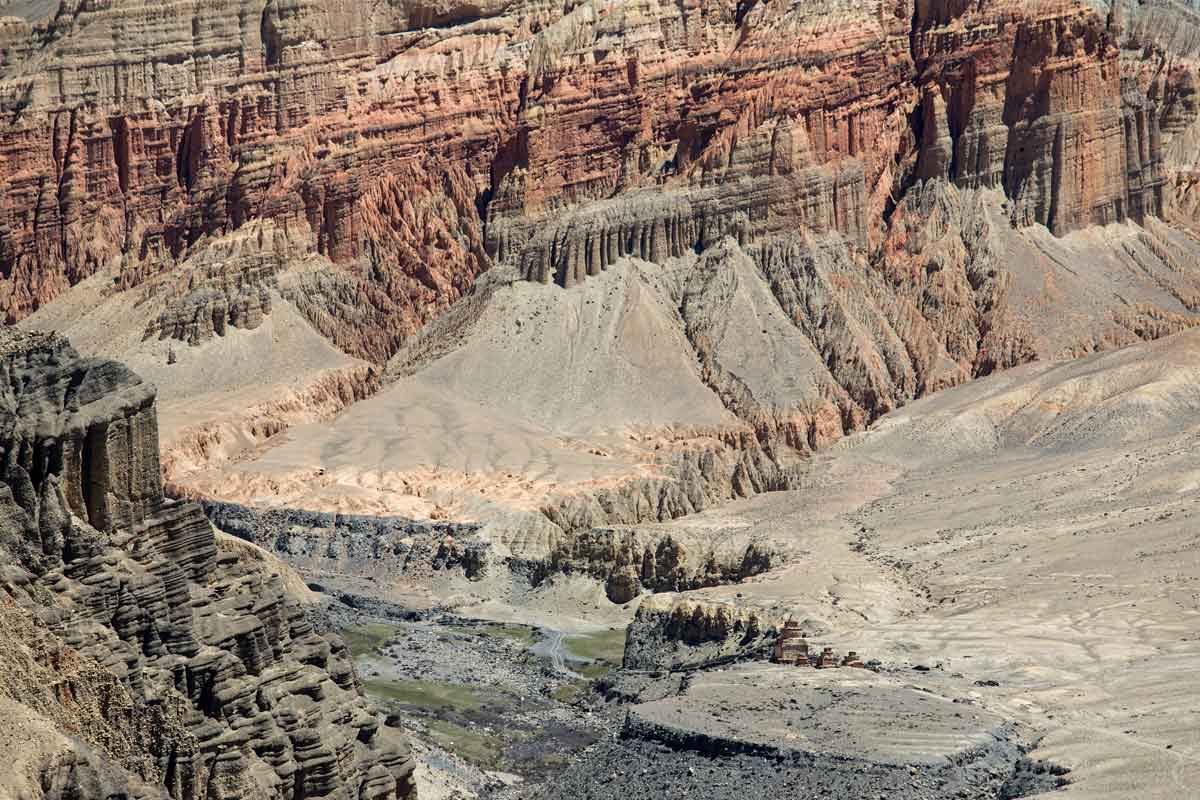 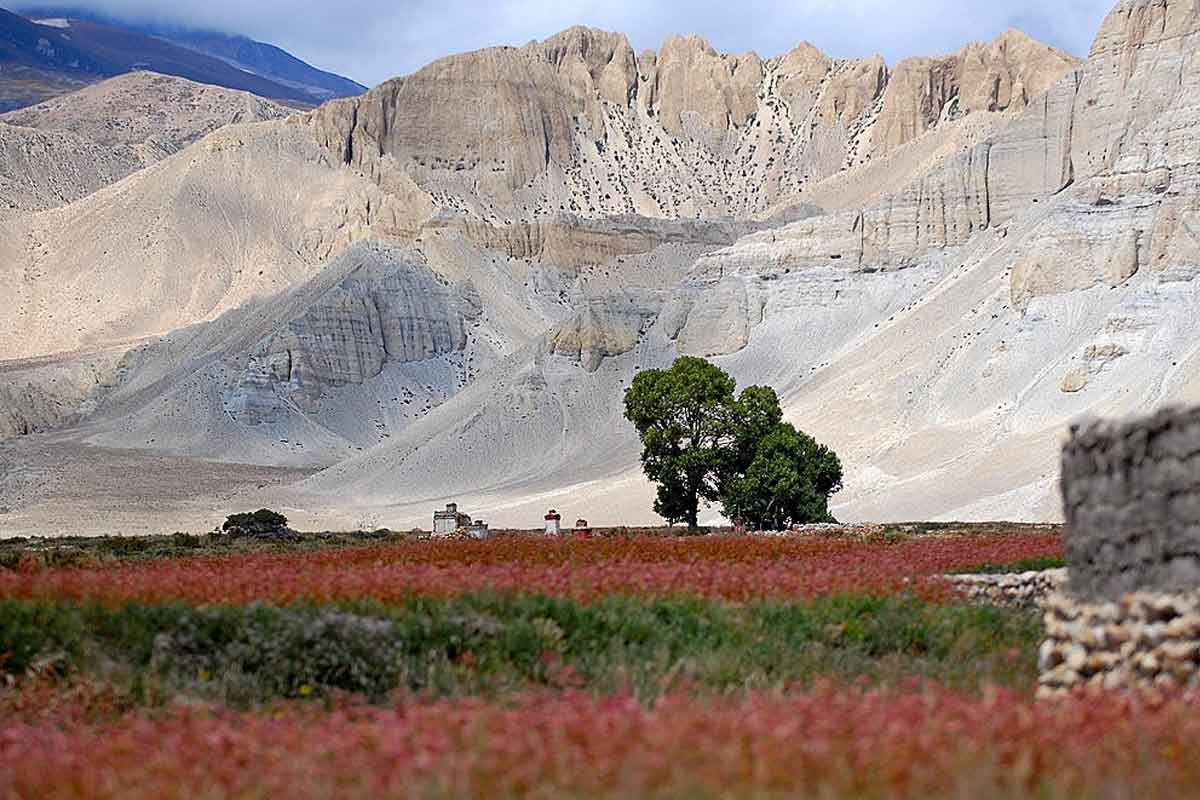 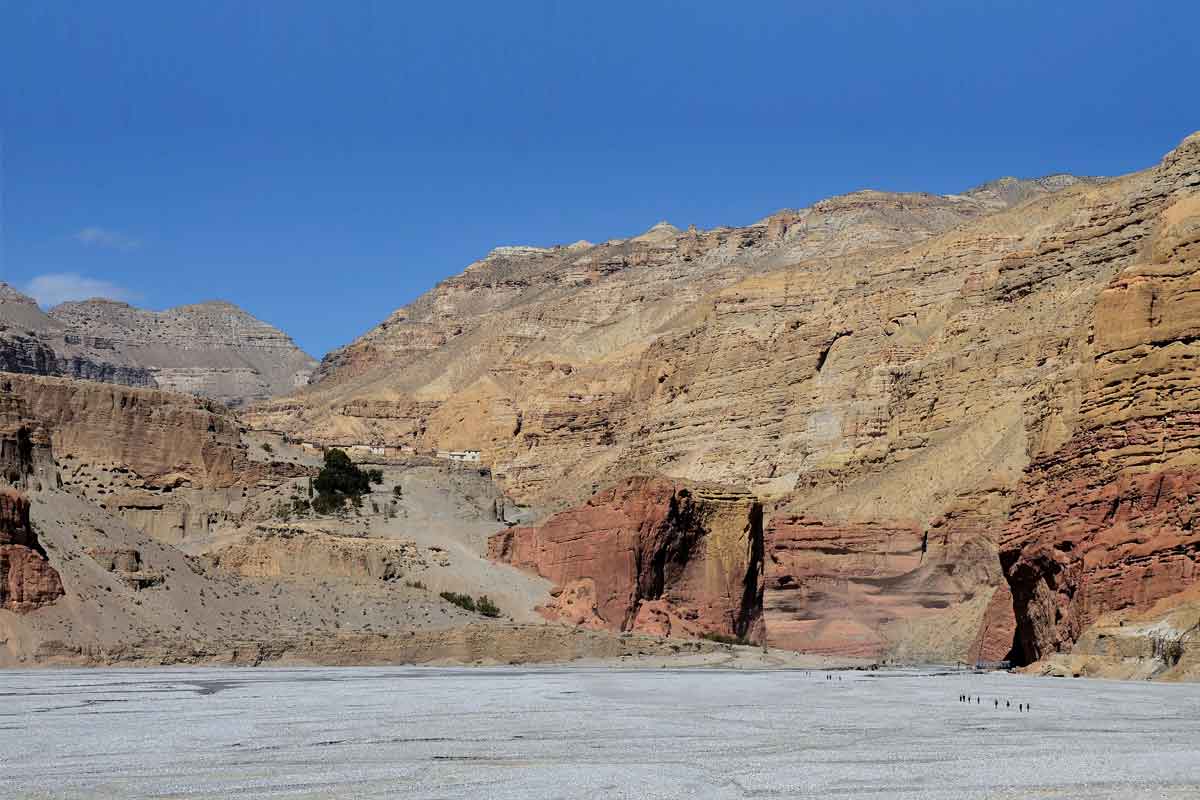 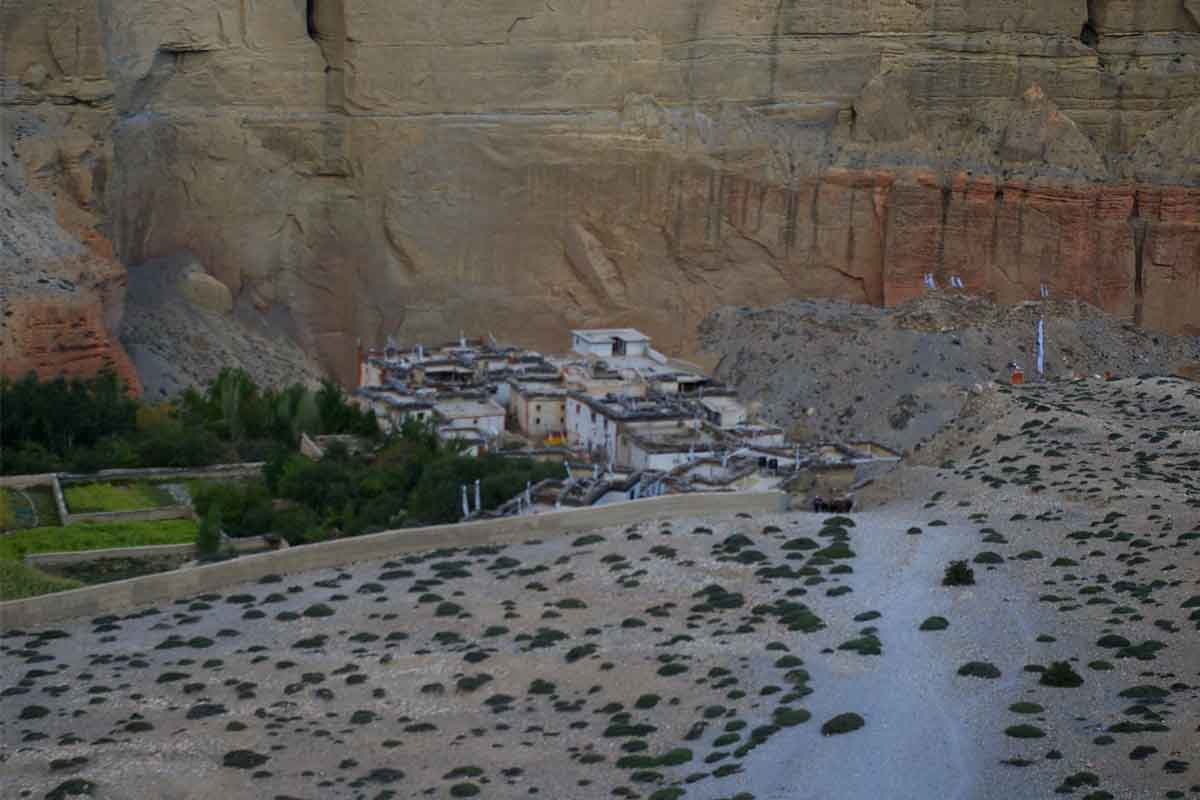 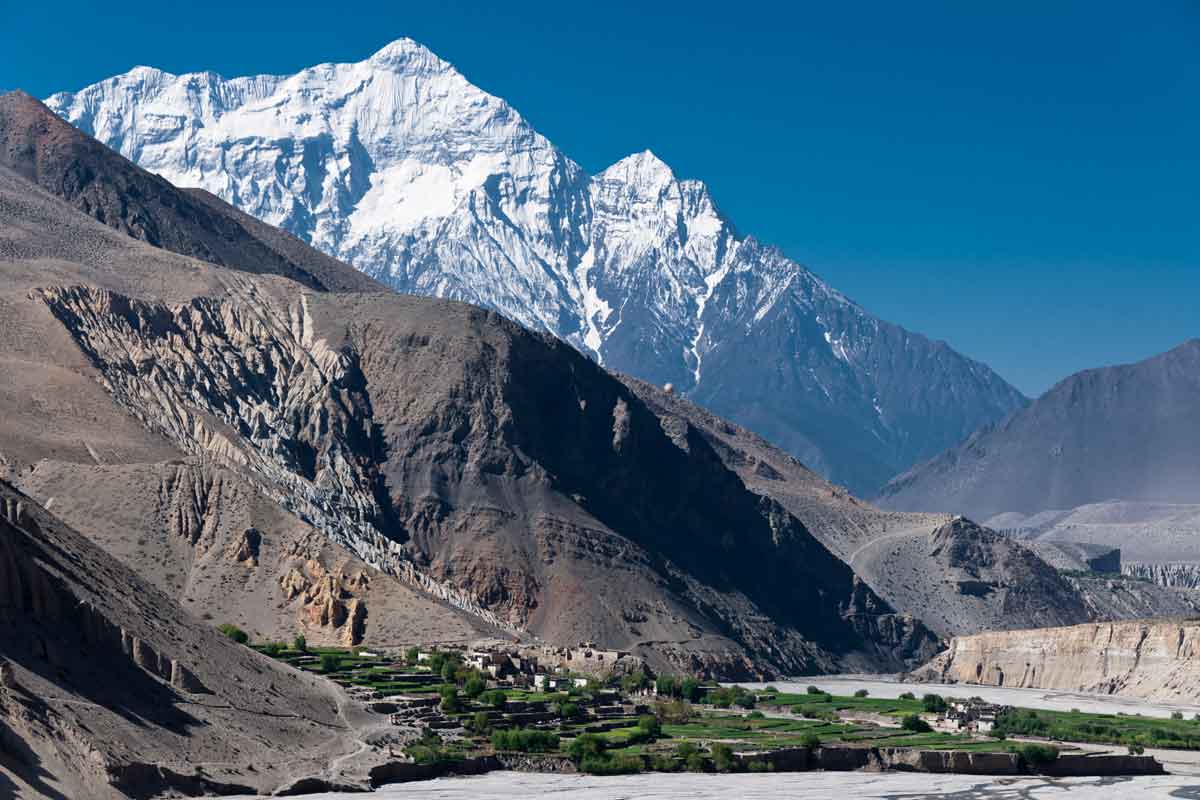 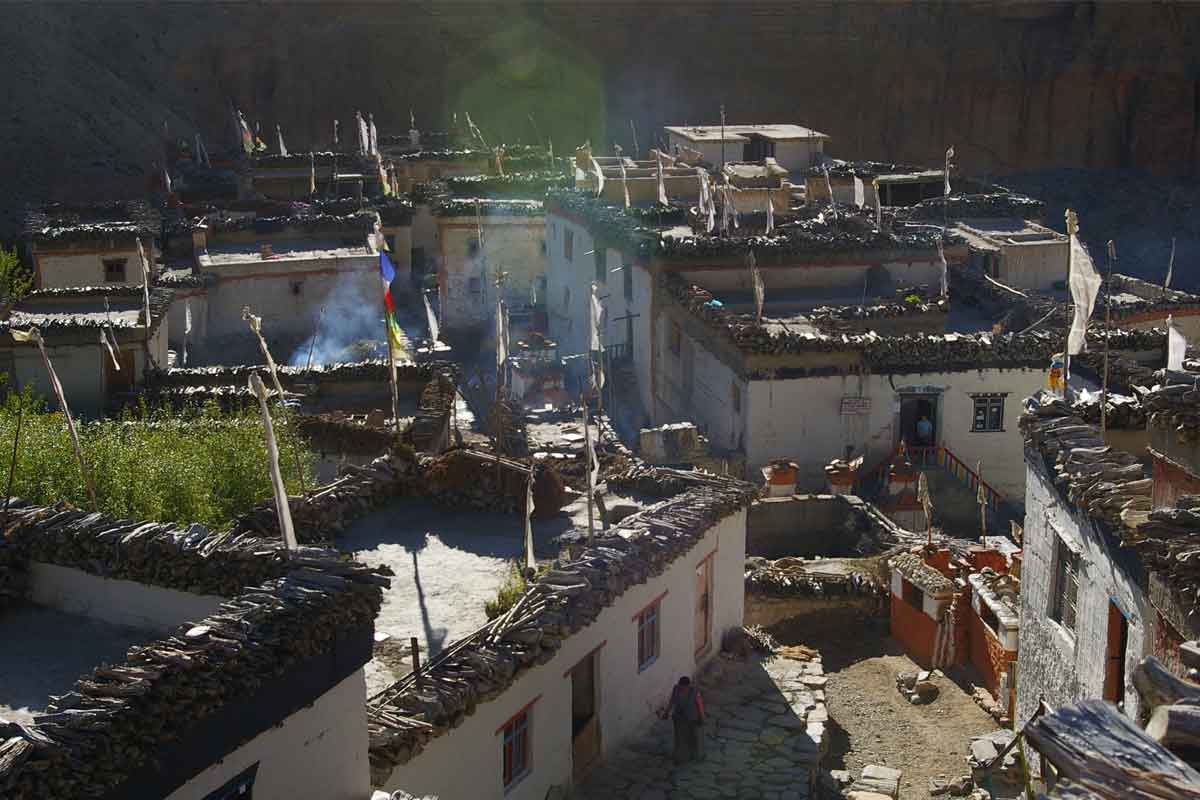 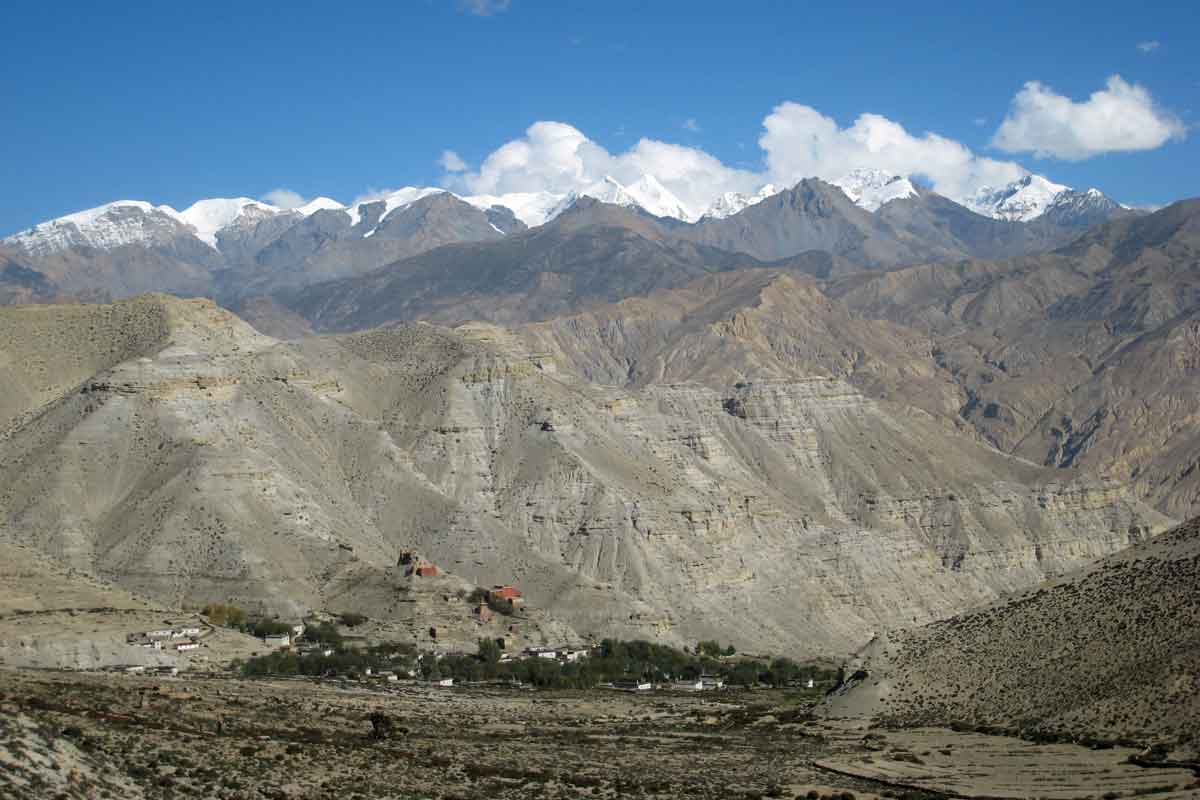 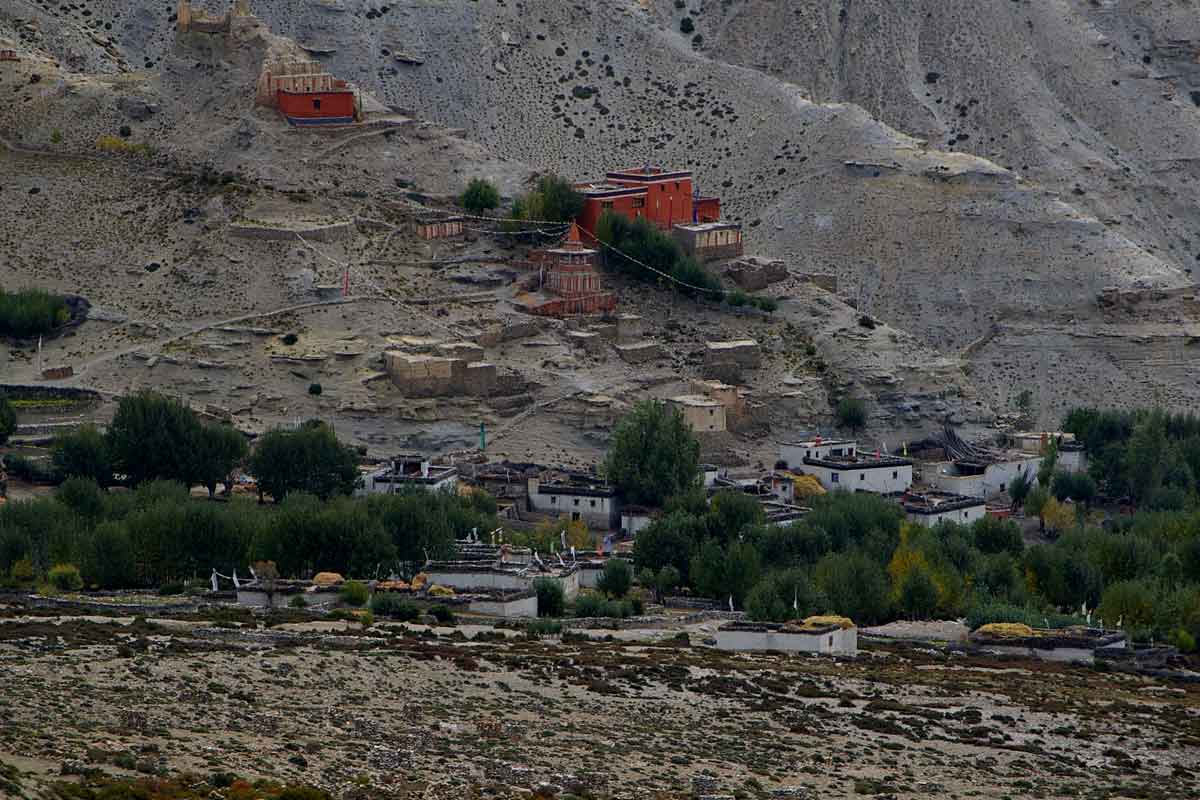 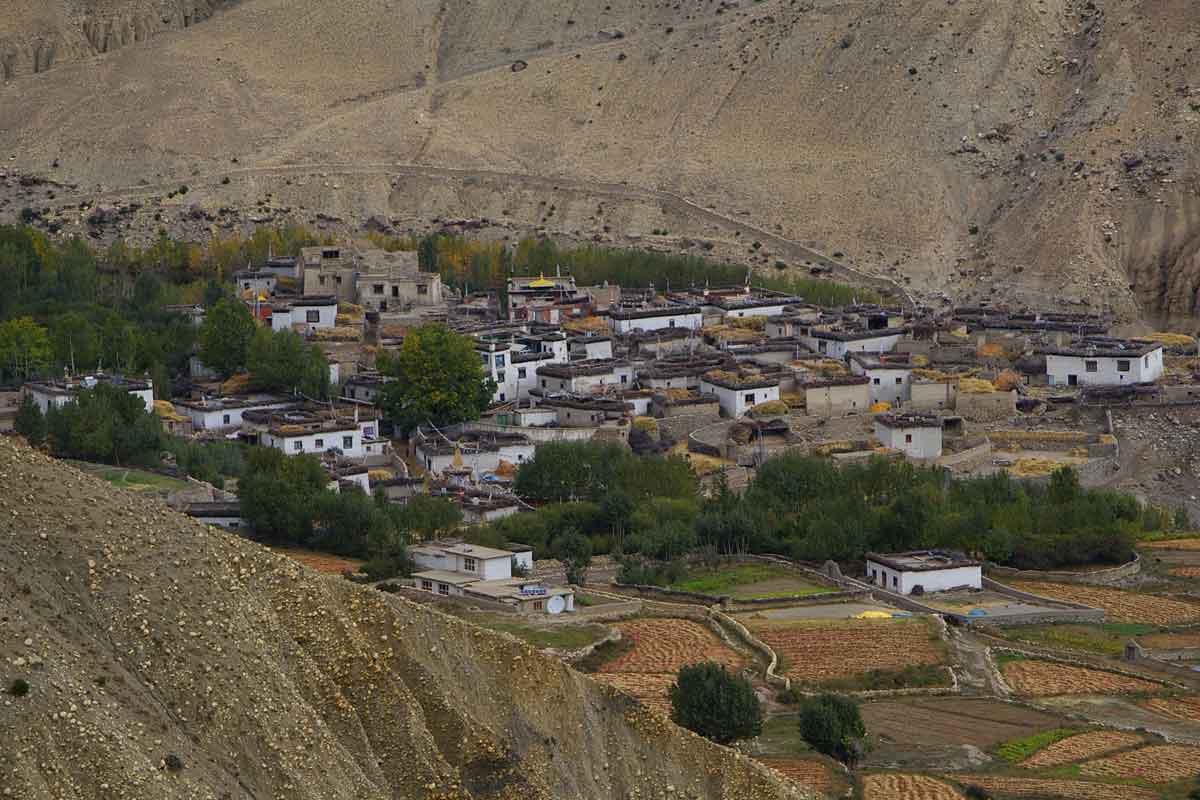 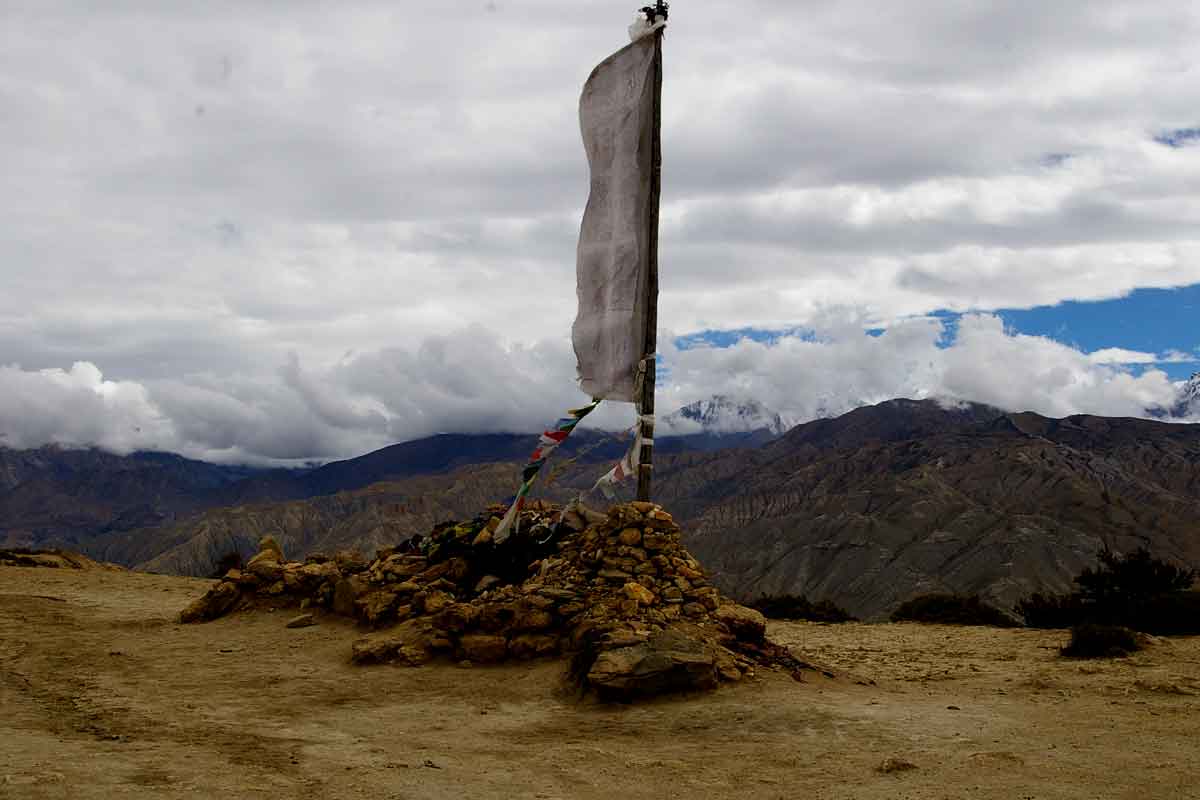 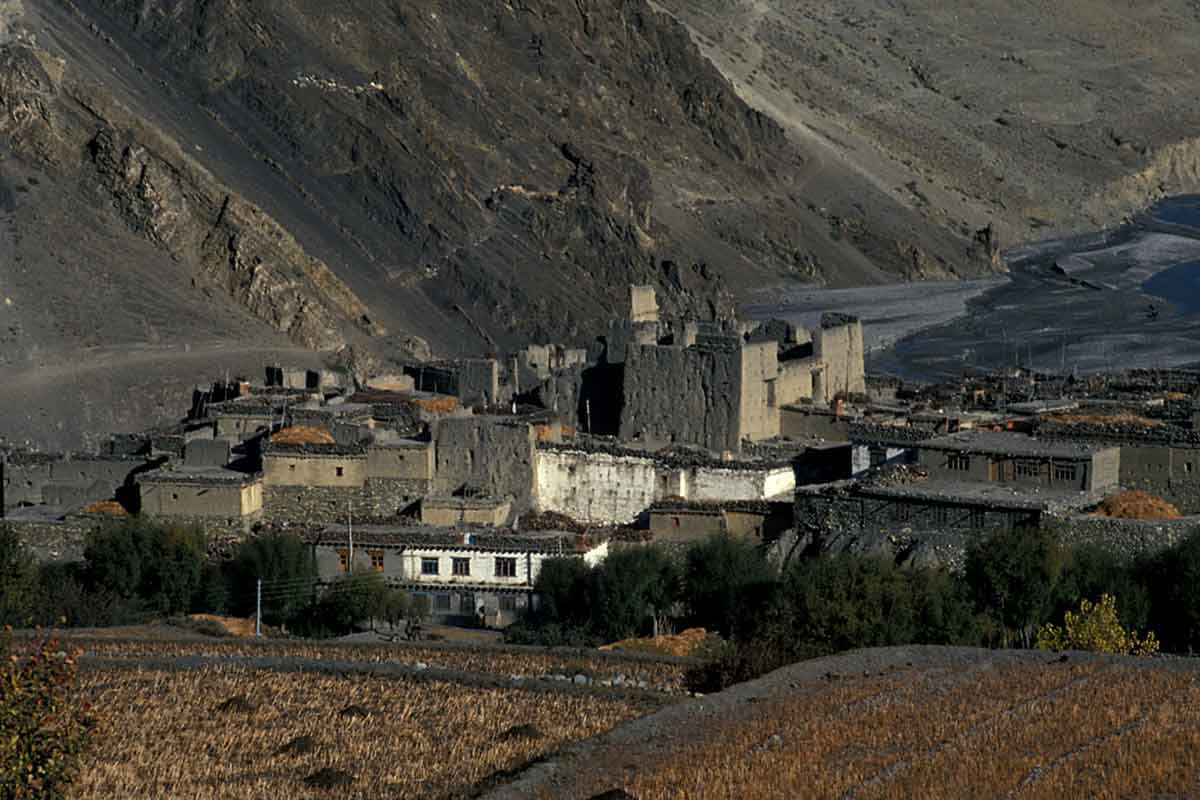 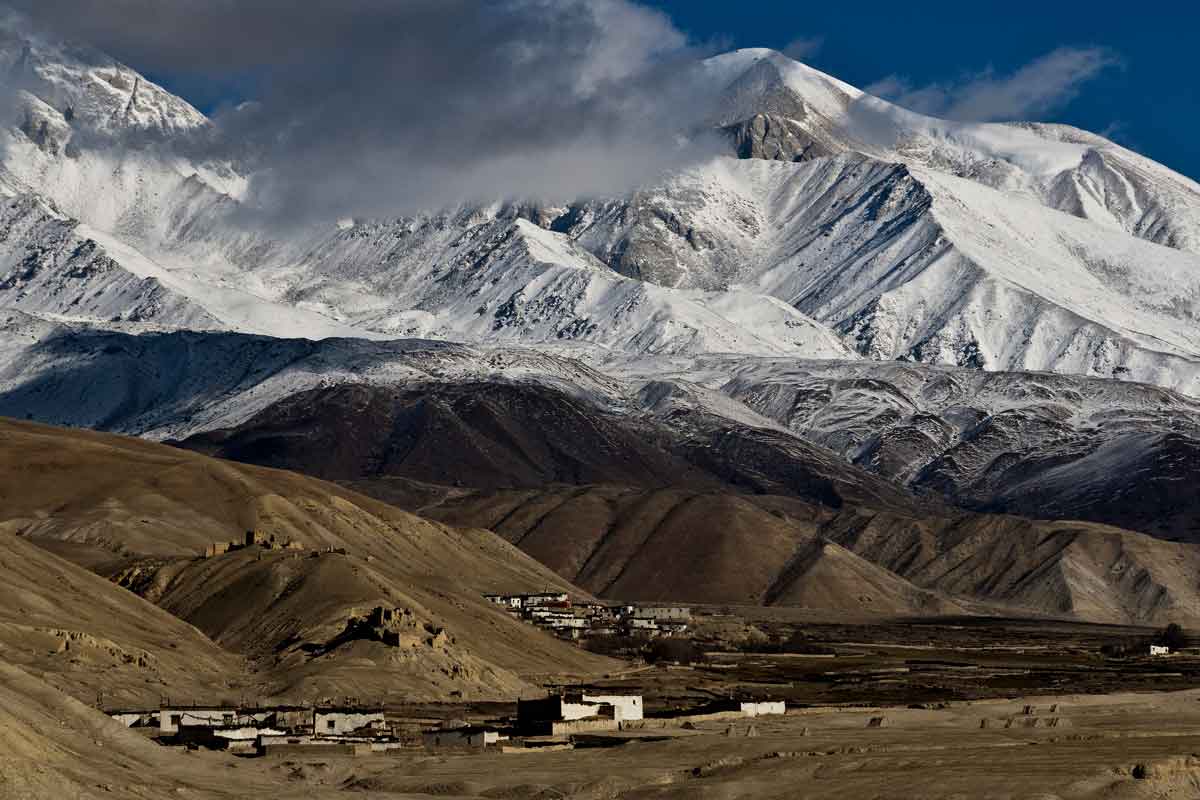 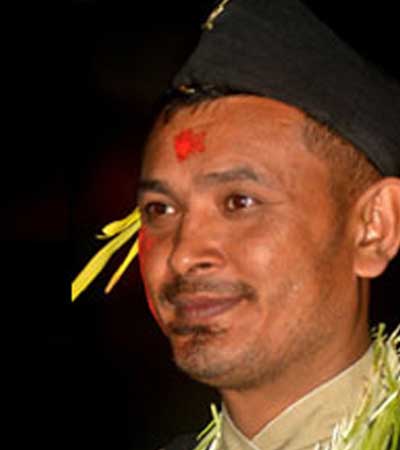