Lumbini Tour is especially designed to bring you to the birth place of Lord Buddha; The Lumbini. The Lord Buddha was born in Lumbini in 6th century B.C. It is situated 300 km away from Kathmandu in Rubandehi District of Southern Terai (lowland), at an altitude of 600 ft. above sea level. Lumbini is the holy land for Buddhist people. In 1998, Lumbini was declared as the Fountain of world peace and the pilgrimage for all the peace loving people of the world. Lumbini is one of the popular tourist destinations of Nepal. More than 400,000 people visit Lumbini every year.

The Lumbini Tour provides insight into the life of Lord Buddha and the development of Buddhism. There are 62 archaeological sites scattered outside the Lumbini Garden. The tour goes through Tilaurakot, Kudan, Gotihawa, Niglihawa, Sagarhawa, Aurorakot, Devadaha and Ramagrama all bearing significance to the life, enlightenment and death of Buddha.

The Lumbini Garden: This is the site marked by a certain stone pillar erected by the Indian Emperor Ashoka at about 245 B.C. The most important discovery in this place is a stone marked to suggest the exact birthplace of Buddha.

Mayadevi Temple: This temple, dedicated to the mother of lord Buddha- Maya Devi, was excavated a few years ago. Many sculptures and carving in which the figures and designs are only slightly projecting from their background are seen here.

Pushkarni Pond: This is the pond where Mayadevi is said to have had a bath before giving birth to Buddha.

Tilaurakot: Tilaurakot has been identified by archaeologists as the actual capital of Kapilvastu and the home of King Suddhodhan, father of Prince Siddhartha who later went on to become the Buddha. This is believed to be the place where Lord Buddha spent the first 29 years of his princely life. Chinese travelers who visited Tilaurakot more than 2500 years ago reported seeing numerous stupas, monasteries and palaces. The Chinese pilgrims Fa-Hien and Hiuen – Tsang noted that they saw Kapilvastu in complete ruins and counted 10 deserted cities within Kapilvastu. King Virudhaka, who massacred the Shakyas during the last days of Lord Buddha, is said to have destroyed the cities. It is located around 27 kms west of Lumbini and 3 Kms from Taulihawa town, a joint effort by Nepali and Japanese archaeologists recovered the royal town of Tilaurakot.

After breakfast in Kathmandu, you’ll take local tourist bus for Lumbini. And drive to Lumbini. Upon arrival, check-in at hotel and rest at hotel.

Today you’ll visit and explore ninth world heritage sites of your tour. After breakfast at hotel, you’ll visit around Lumbini. Lumbini is a holy pilgrimage, as well as a UNESCO World Heritage Site. One of the main attractions of Lumbini is the Ashoka pillar, which was built by the Indian Emperor, Ashoka, and which has an inscription, mentioning that Lord Buddha was born in Lumbini in Nepal. Maya Devi Temple is another attraction of Lumbini and is more than 3000 years old. Maya Devi was the mother of Lord Buddha. Other attractions are beautiful monasteries built by different Buddhist a countries like China, Japan, Sri Lanka, and Myanmar. The tour will begin by driving away, 27km west of Lumbini; visit the important archaeological site, Tilaurkot, the ancient palace of King Suddodha (Siddhartha Gautam’s father), where the Buddha spent his formative years as a Shakya Prince. Allow yourself for a moment to wander around and soak the atmosphere. There’s a museum nearby, The Kapilvastu Museum; the pottery, jewelry and ornaments are gathered in-house. End up the remarkable tour in Tilaurkot by visiting the shrines, monasteries and stupa near the sacred garden.

After breakfast at hotel, today you’ll back to Kathmandu. Driving to Kathmandu will be about 265 kilometer northwest through East-West Prithvi High Way. About 8 hours’ drive to Kathmandu will provide beautiful scenery during the drive. Upon arrival in Kathmandu, you’ll check-in at hotel and rest at hotel. 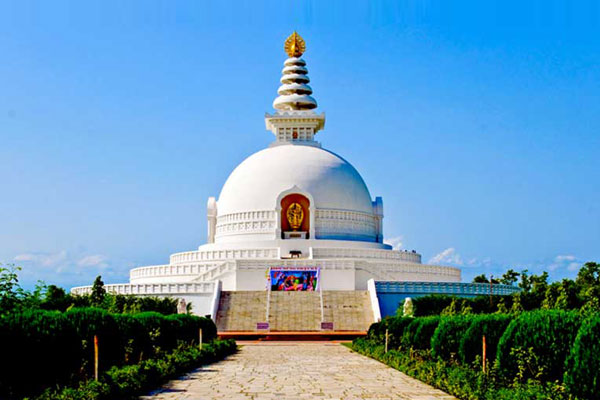