On this trek you will also witness the natural beauty of the farmlands, traditional villages, valleys and other landscape. Along with the different ethnic people with their unique cultures and lifestyles like the Sherpa, Limbu, Rai, Tamang, and other ethnic groups.This trek is quite demanding trek which requires physical fitness, technical knowledge, and determination. You’ll climb with proper rest and acclimatization to reach the high-altitude destinations as program is designed to acclimatize. Trekking Experts offers Kanchenjunga Base Camp Trek in both tea-house trek and tented camp trek. Lodges/tea houses in this area are very basis which some may not meet your expectation and there are very less choices of meals during the trek. So we offer Kanchenjunga Base Camp Trek in tented camp.

Homeland of endangered species such as snow leopard and red panda

Panoramic views of mountains along the Kanchenjunga region

Modern as well as traditional settlements scattered along the area

After first night stay in Nepal, depending on flight time, you’ll transfer to airport. And then will fly to Badrapur. Kathmandu-Badrapur flight will be around 30 minutes via jetstream aircraft. From Badrapur, you’ll take a local jeep/bus at Badrapur and drive to Ilam/Phidim. The route to Ilam follows the view of beautiful landscapes. Ilam is Nepal’s largest tea plantation area and serves as a major tourist area even for domestic tourists. The picturesque town of Ilam hosts large orchards of tea plants and is also famous for the Himalayan chew made of cheese.

Day 03: Ilam (Phidim)- Taplejung/Mitlung(alt. 2300m) After early breakfast in Phidim, you’ll continue drive to Taplejung which will take about 4/5 hours’ drive. Upon arrival, you’ll meet rest of our staff such as porters and then you’ll begin a crossing on a ridge trail that offers us a beautiful perspective on the surrounding cultures. The trail follows through the upper valley of the Tamur River, the road twists and turns and offers tantalizing glimpses of snow-capped peaks ahead. And then you’ll leave the lower valley and the road climb up many hundreds of meters through intensively terraced farmland and via the small town of Taplejung to reach the airstrip at Suketar (2300m). Overnight at Mitlung.

Today, after breakfast, you’ll have a pleasant walk pleasant walk up the Tamor River and reach at valley which is inhabitant by the ethic Limbu sect; one of the popular sects in the north eastern part of Nepal. They are the descendants from the Kirati warriors who ruled some kingdom of Nepal before the modern Nepal says Nepalese history. You’ll walk further to Chirawa, a small town with few houses and local shops and we shall stay overnight at local tea houses in Chirawa.

After breakfast at Chirawa, you’ll start your journey through the Tamor and will reach at Tapethok and you'll cross the bridge over the SimbuwaKhola which is formed by the Yalung glacier. You’ll start climb to the ridge to join the Ghunsakhola valley. Then will continuing your walk further to Sakethum by the river bank. The Sakethumg village is inhabited by a population of Tibetan origin where you’ll stay in local tea house.

After breakfast at Sakethum, you’ll start your walking through the river gorge and follow the upstream and climb steeply to the top from where you can enjoys the view of GhunsaRiver below where we passed the trail. After the top you’ll again descend to the small village settled in mountain side called Amjilosa village for the overnight stop. Enjoy walking around the typical surrounding village.

After breakfast at Amjilosa, you’ll start walking through steep uphill to get to the Gyabla. The climb follows through a forest of pines and rhododendrons. In places, you’ll see the Kangchenjunga massif. There are few inhabited hamlets; ascent and descent succeed each other. In the afternoon, after the crossing of gorges, you’ll reach Gyabla, a small Sherpa village of about twenty houses. And then you’ll check-in at a local tea house and then you can visit the small gompa.

After breakfast at Gyabla, you’ll start your trek with a pleasant walk firstly descend to Ghunsa River again and climb the Phere village from right bank of the Ghunsa River. You'll walk further to Ghunsa village through the forested path of rhododendron and climb easily to the ridge before descending the River again and crossing after the wooden bridge will get to the Ghunsa village. After checking-in at local tea house, you can visit the village and its gompa.

Today is free day at Ghunsa to acclimatise and rest after about a week trekking. Today you can visit the Ghunsa Gompa which is beautiful inside and well worth the effort. There are a few shops in the town and this is the place to buy a Tibetan rug, as there is a Tibetan Refugee Camp nearby. Ghunsa is also the best place to taste tungba, the traditional Tibetan wine made from millet. And you’ll have free day to explore around and rest.

After breakfast at Ghunsa, you’ll trek to Kambachen today. The trail follows the left bank of the stream, an easy path in a beautiful forest larch. After cossing the torrent on a wooden bridge at 3780 m, the trail starts to climb. At around 4000 meters, you will cross an exposed section (possible rock falls). As soon as Jannu reappears, you’ll reach the village of Kambachen. On the way you’ll see a glimpse of the Mt. Jannu. Enjoy the days with a Mountain View and feel the difficulty walk in the high place. Upon arrival at village.

Today you'll have full day rest for acclimatization after long days and even pleasure to be wild and far from the city area. One of the best opportunities be a way from the modern technology and has been so far and enjoy with a scenic beauty with refreshing environment and enjoy the day with crews.

As always, after breakfast, you’ll start your trek. You’ll now start your walk with real adventures to climb to the edge of Kanchenjunga glacier after a long walk. You can enjoy the view and lot of picturesque scenery all the way to Lhonak. During the walk feel the adventurous and cross the Lhonak glacier before arrive at Lhonak for today’s overnight. This place offers the best view of Mera peak (6,476m) a famous trekking peak in Makalu region. Lhonak village is very beautiful with pastures on the edge of a huge glacier.

After breakfast at Lhonak, today you'll walk for the day excursion to Pangpema/Kanchejunga Base Camp which is a superb view point of this area. From here you can see the excellent view of the towering peak of Kanchenjunga and more scenic view of the surrounding area. The trail to Pangpema isa easy trail along the right bank of the Kangchenjunga Glacier. It takes about 3 hours 30 minutes to reach Pangpema, the base camp for expeditions attempting to climb the third summit of the Earth. At the turn of the huge glacial cirque north of Kangchenjunga, you’ll enter the sacred world of the gigantic north wall, with its glacier’s stairs. After the breathtaking view and picturesque scenic massif mountains stroll back to Khambachen for the overnight.

After breakfast at Lhonak, now you’ll descend to Ghunsa following the same way you’d trekked before.

After breakfast at Ghunsa, you’ll trek down to Amjisola following the same trekking trail. The trail still follows a trail above the right-hand side of the river; we pass the camping place at Thyangyam with fine views. There is a fair bit of up and down on this day as we negotiate landslip areas in the steep-sided valley, gradually descending. The trail passes through the village of Amjilasa (2510m) where you’ll stay overnight today.

After breakfast, you’ll trek down about 6 kilometres to Sekathum (1650m) close to the confluence of three rivers which together form the mighty Tamur River. And trek to Taplethok. Just beyond the village you’ll come to the confluence of three rivers - flowing in from our left is the SimbuaKhola (which we followed up to Ramze) and from our right, the TamurKhola which issues from the Walunchung Gola area. You’ll cross the tributary SimbuwaKhola on a suspension bridge and complete your trek beside the Tamur, following the river's left bank on a level trail for 2 hours or so to the village of Taplethok (1380m).

After breakfast at Taplethok, you’ll trek to last day of trekking to Taplejung.

After breakfast at lodge, you’ll drive to Birtamod via Ilam following the same way that you’d travelled. 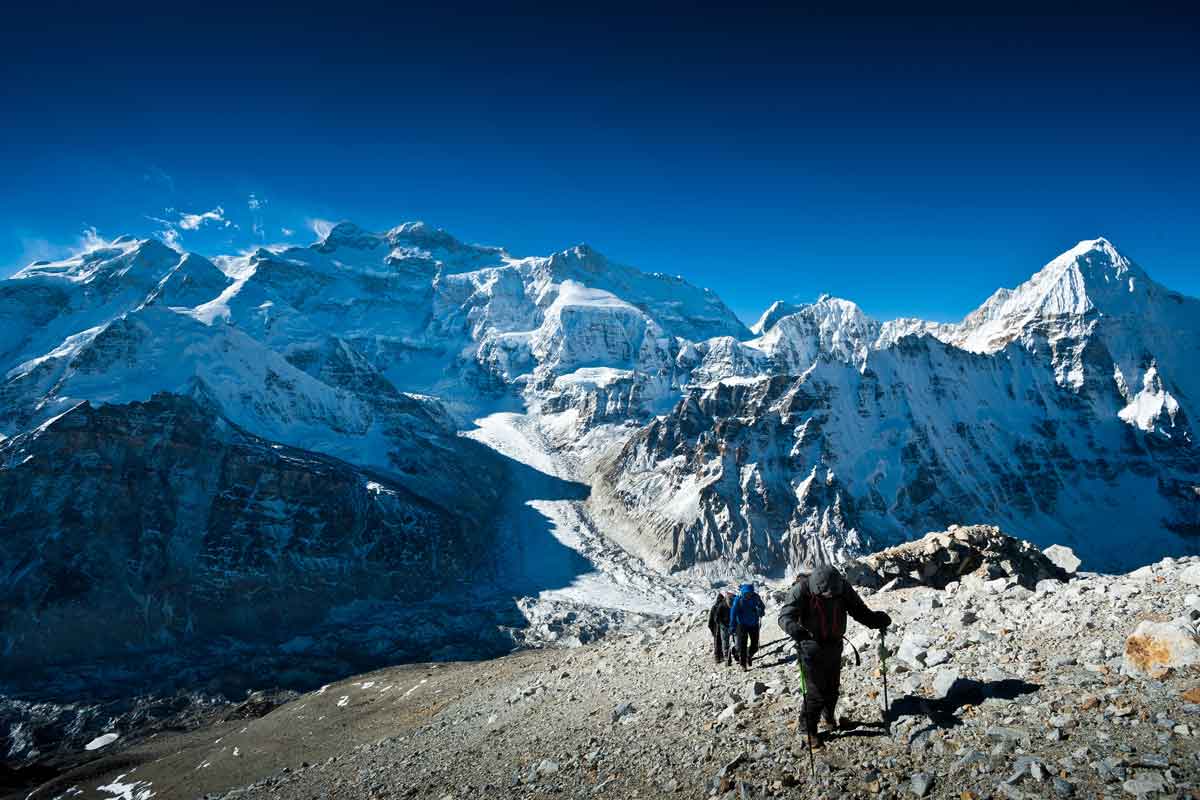 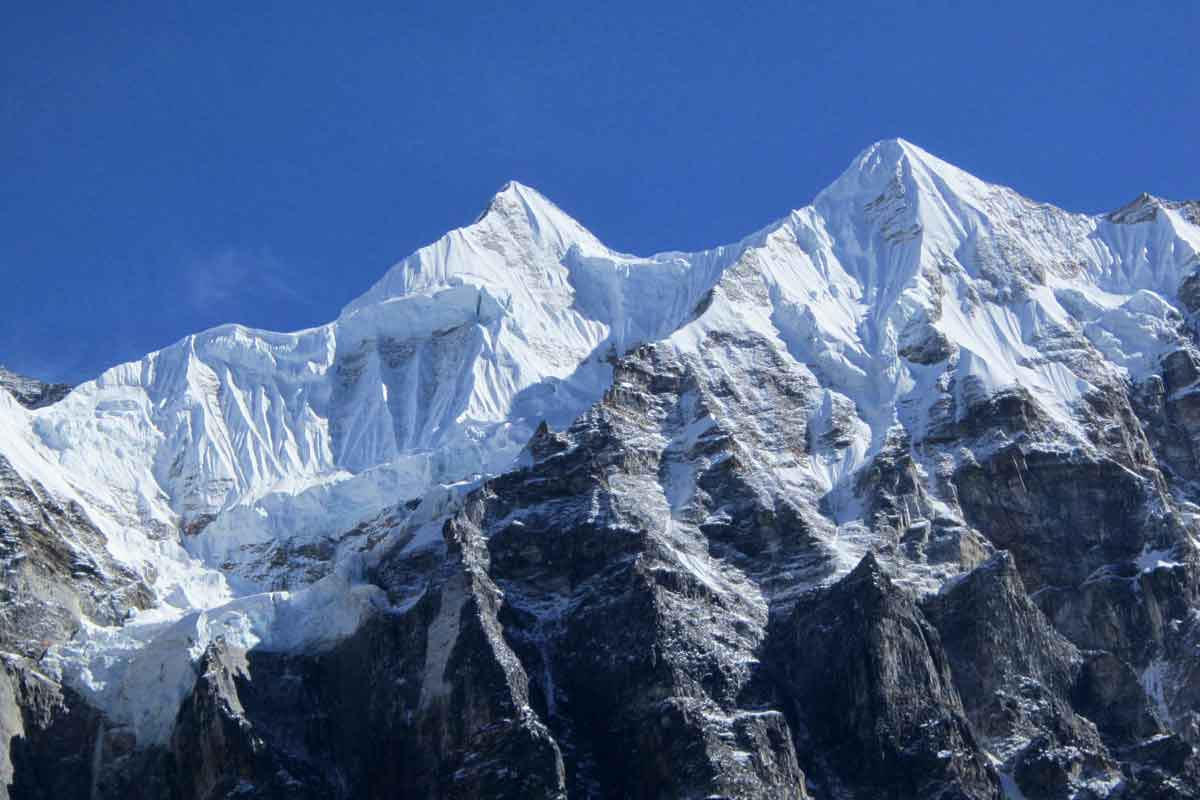 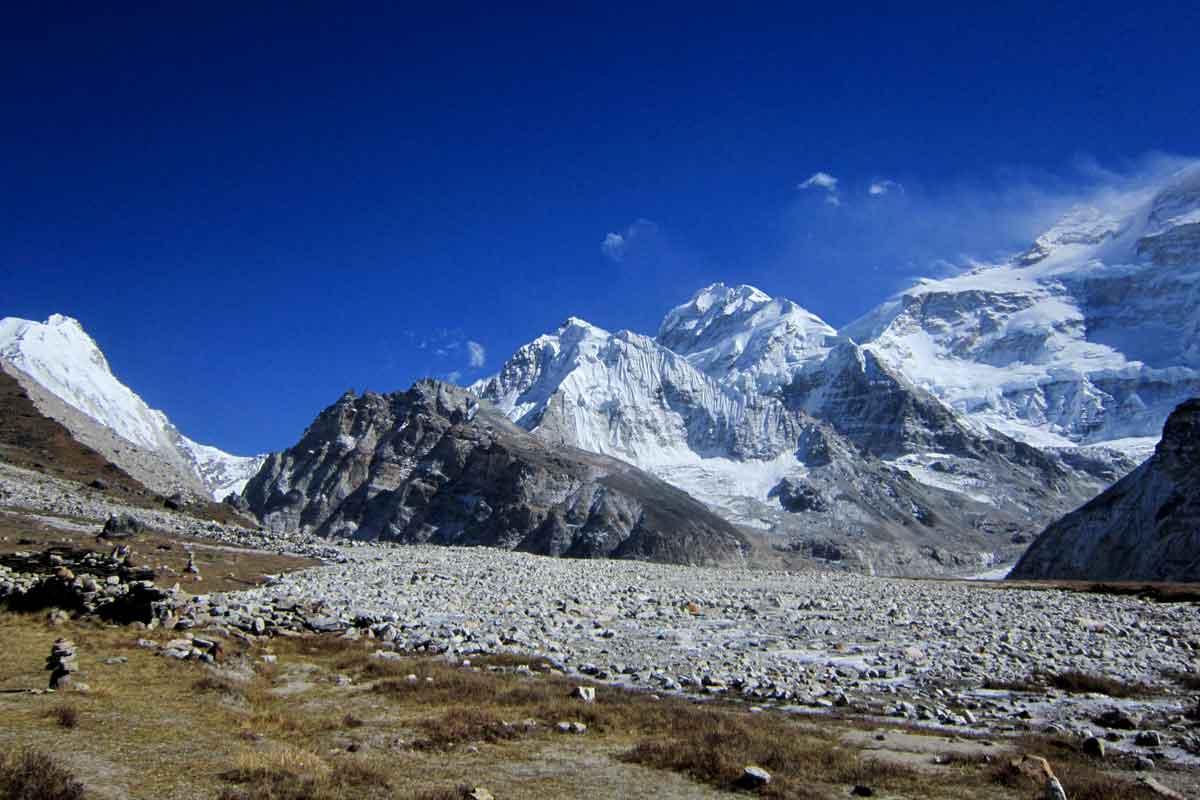 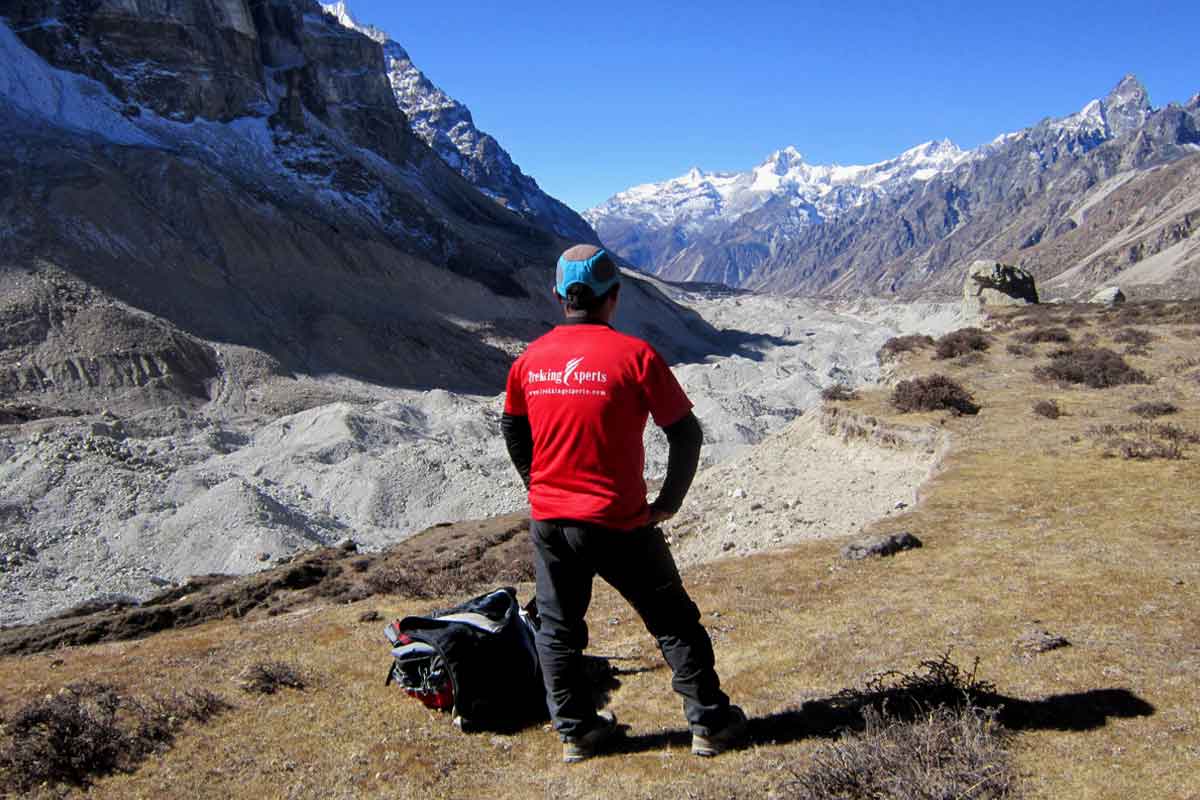 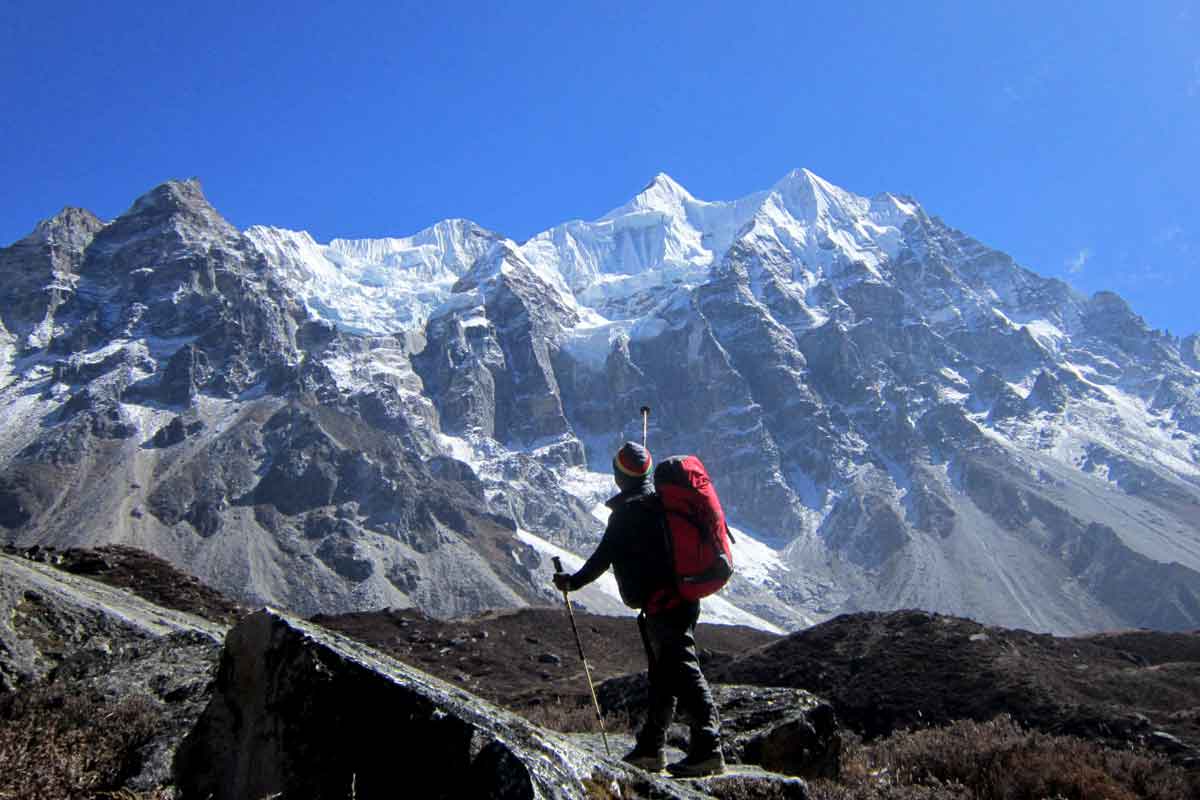 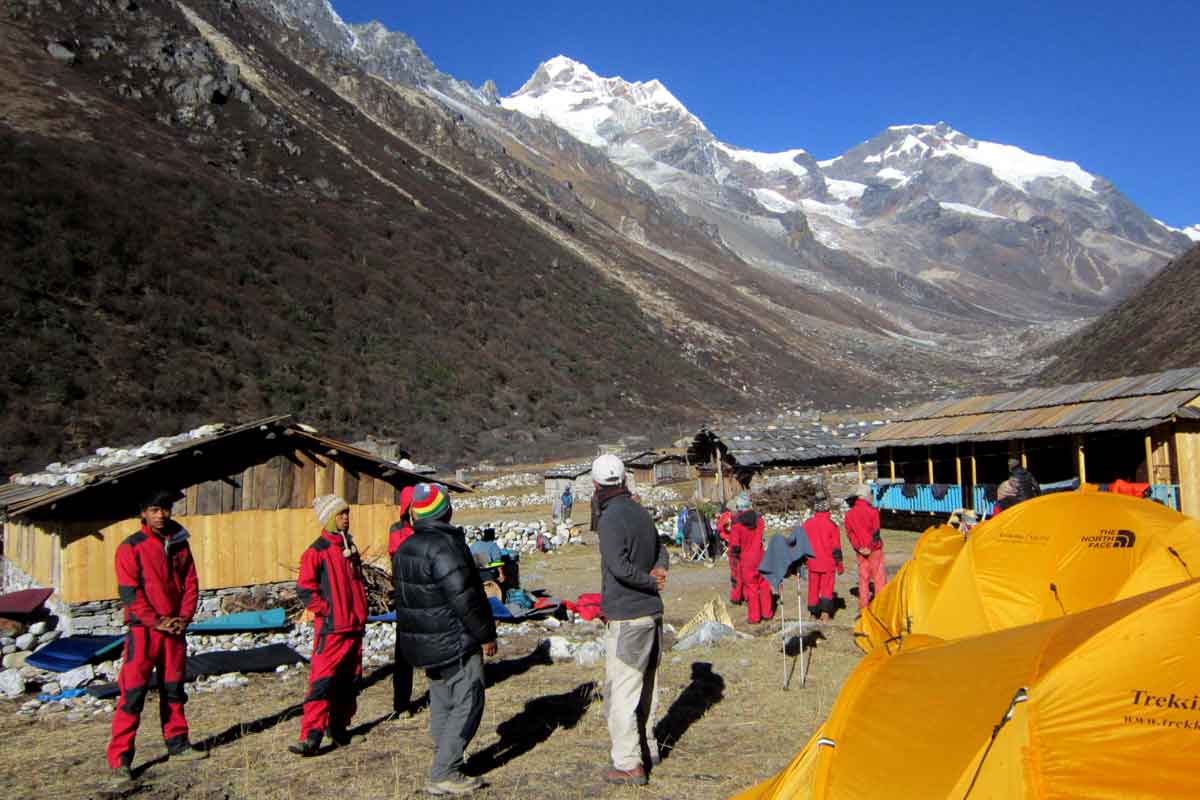 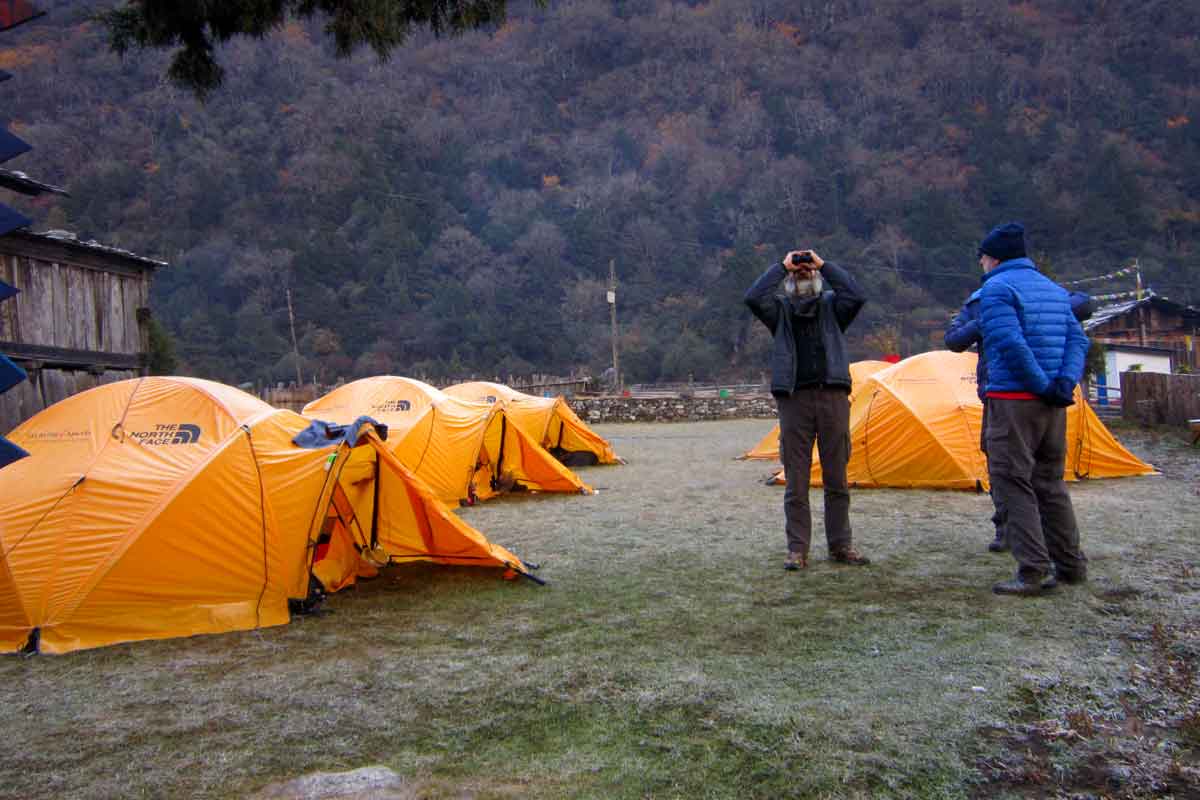 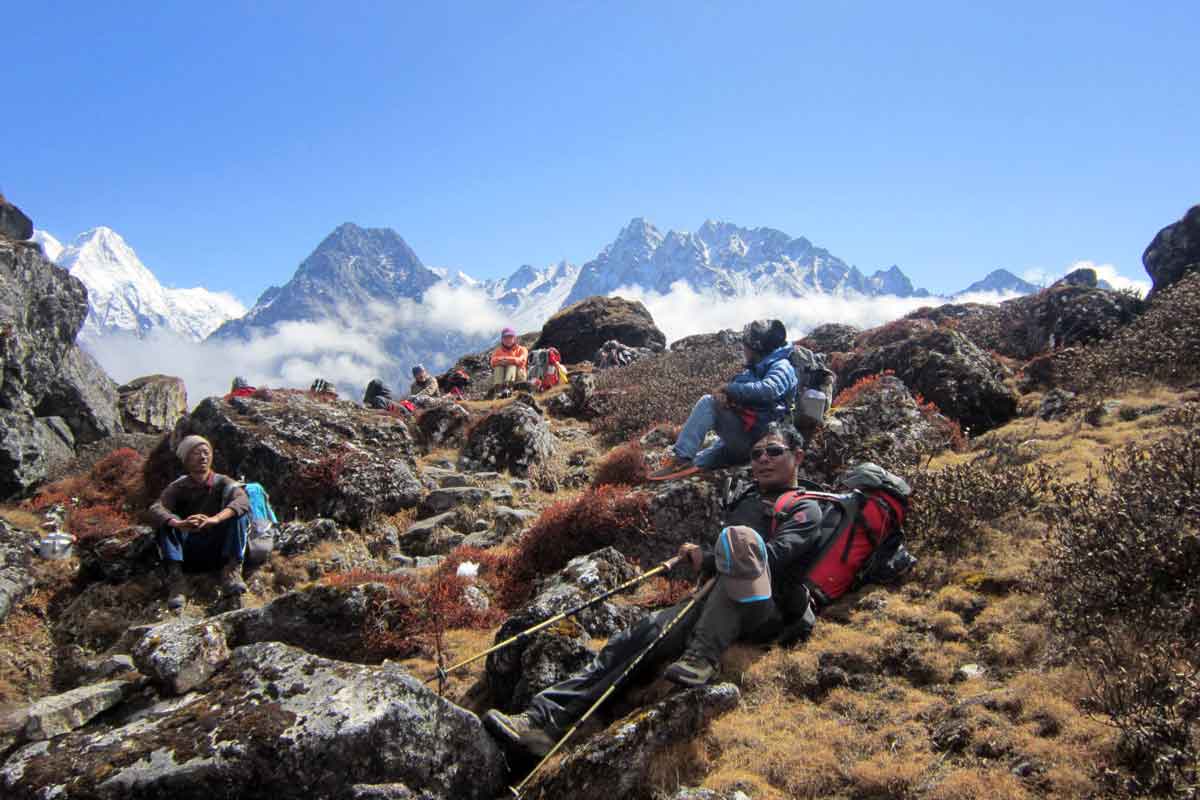 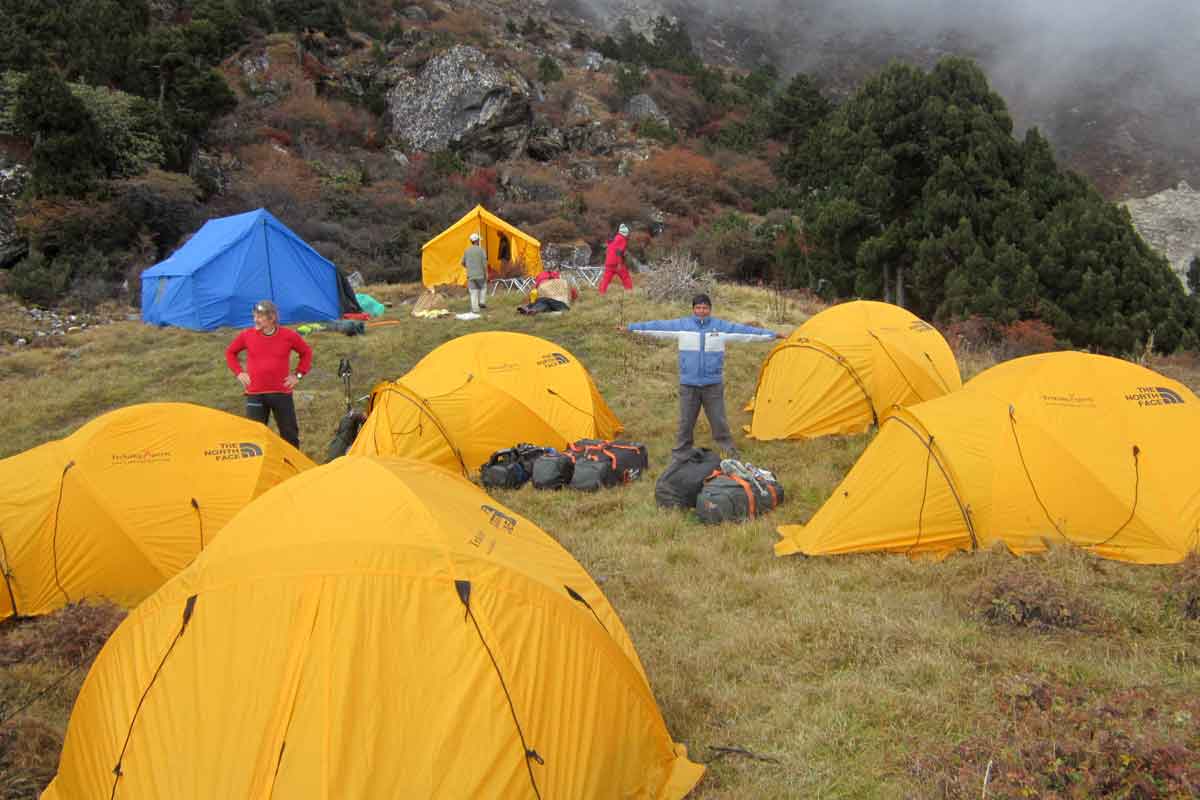 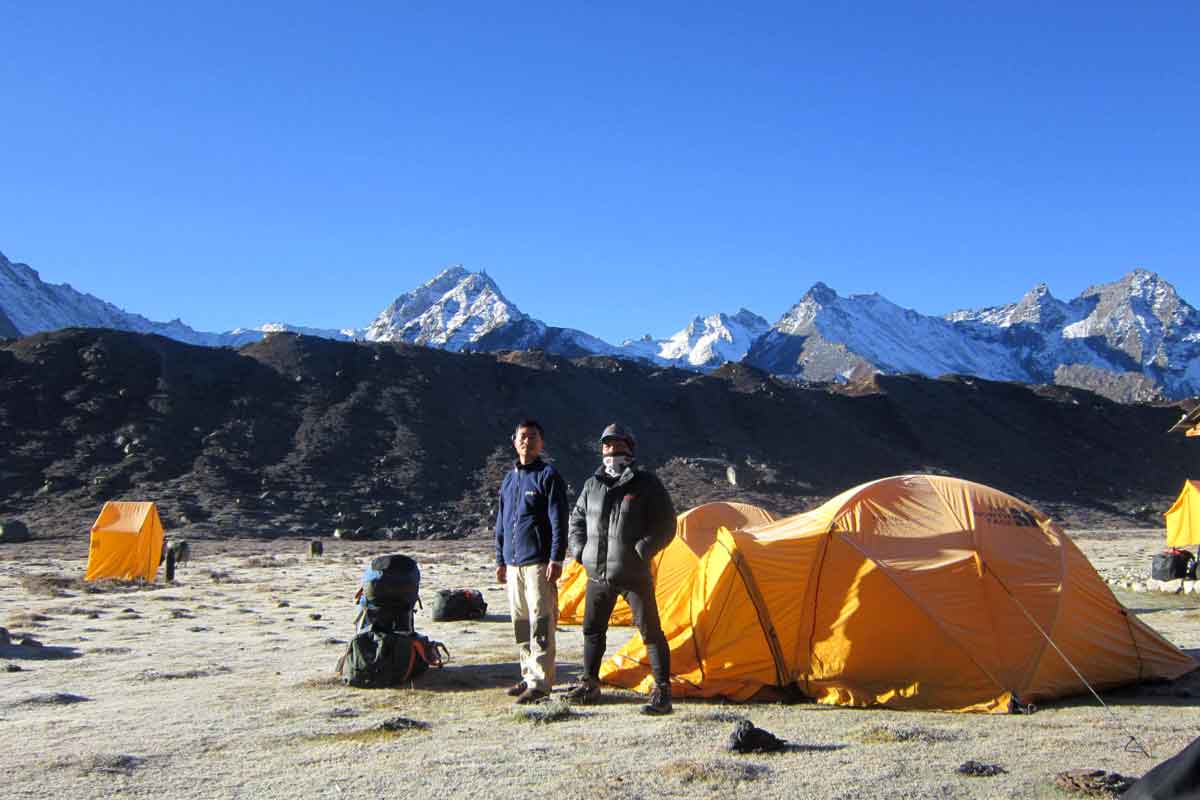 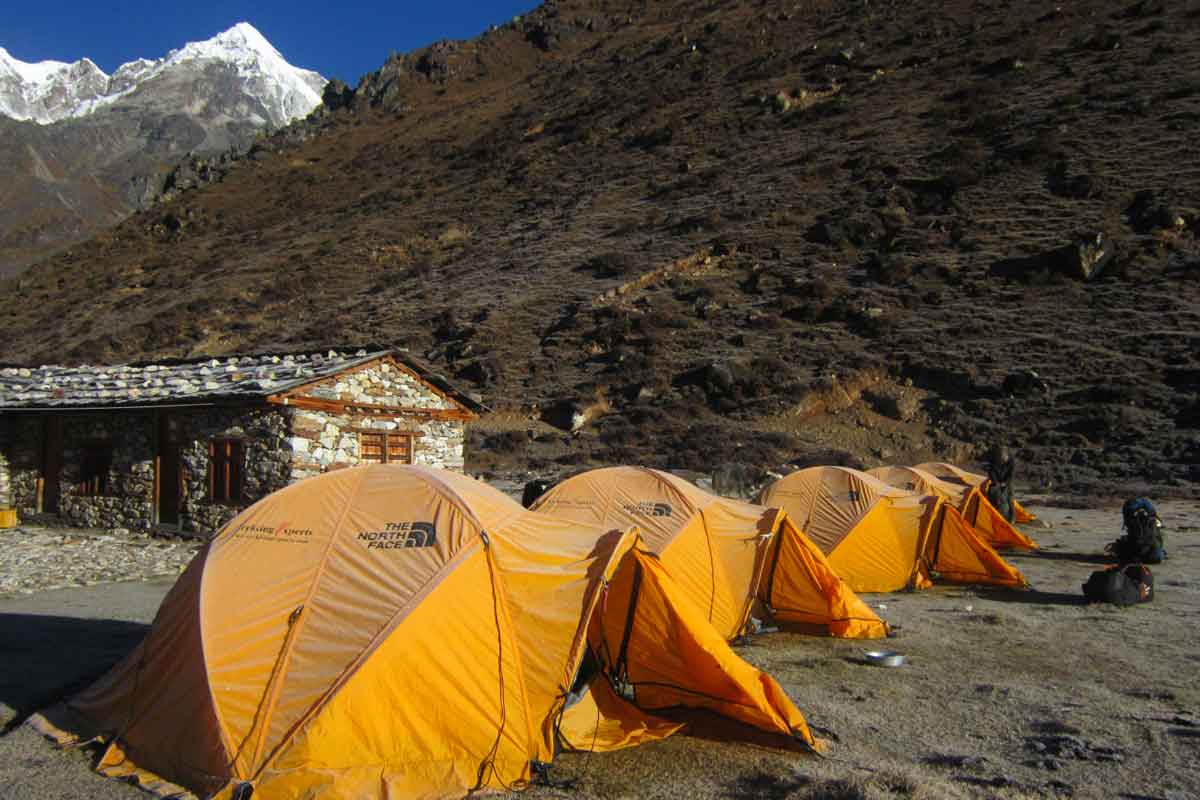 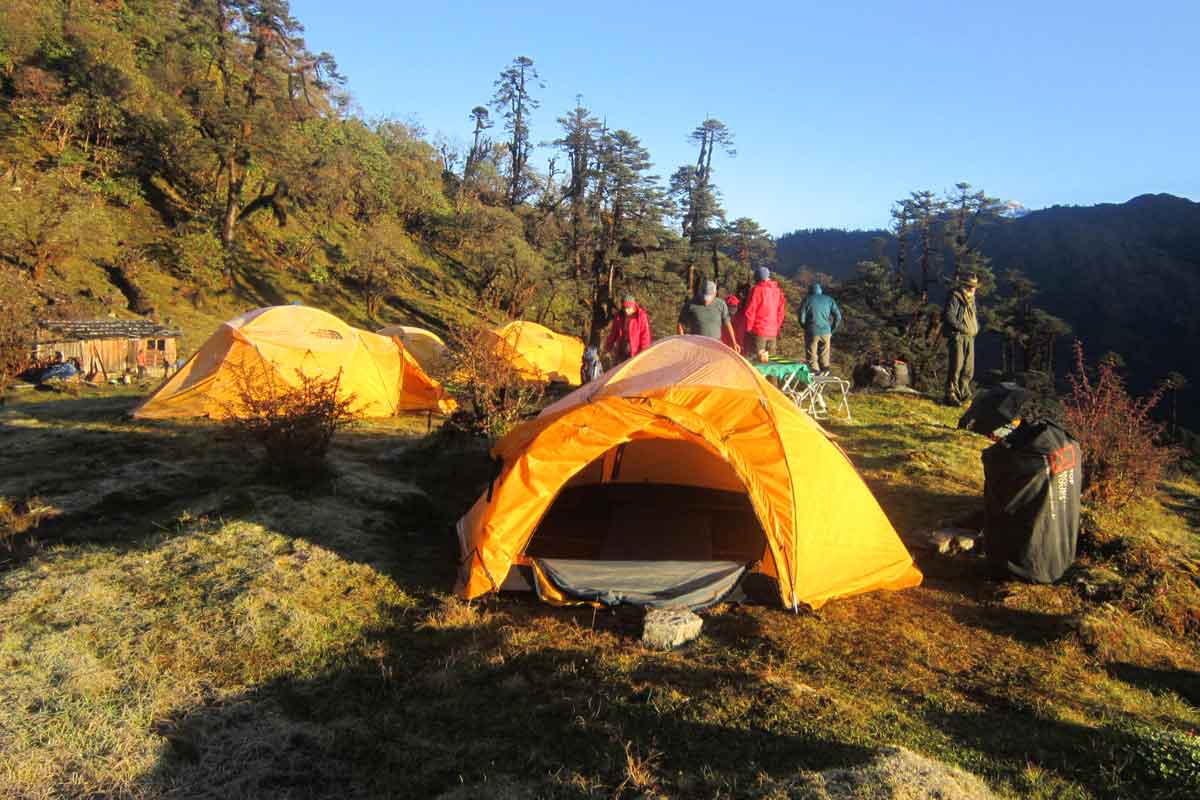 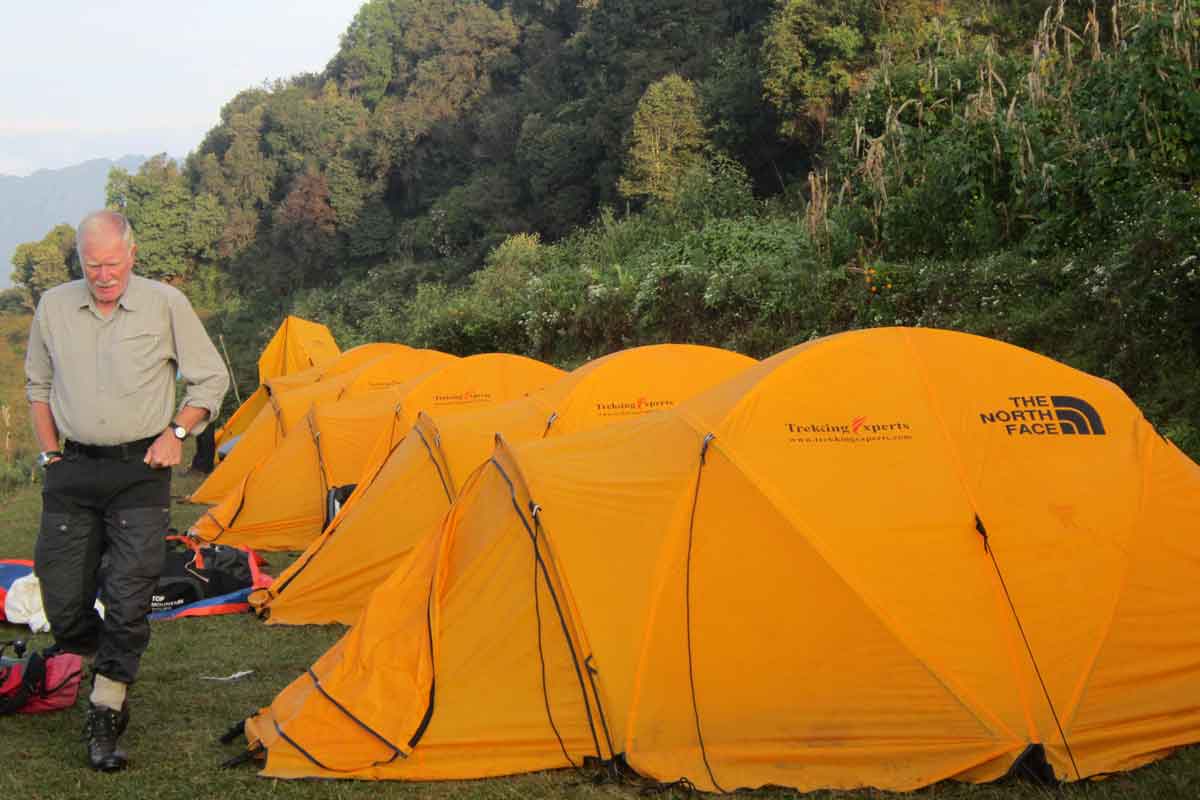 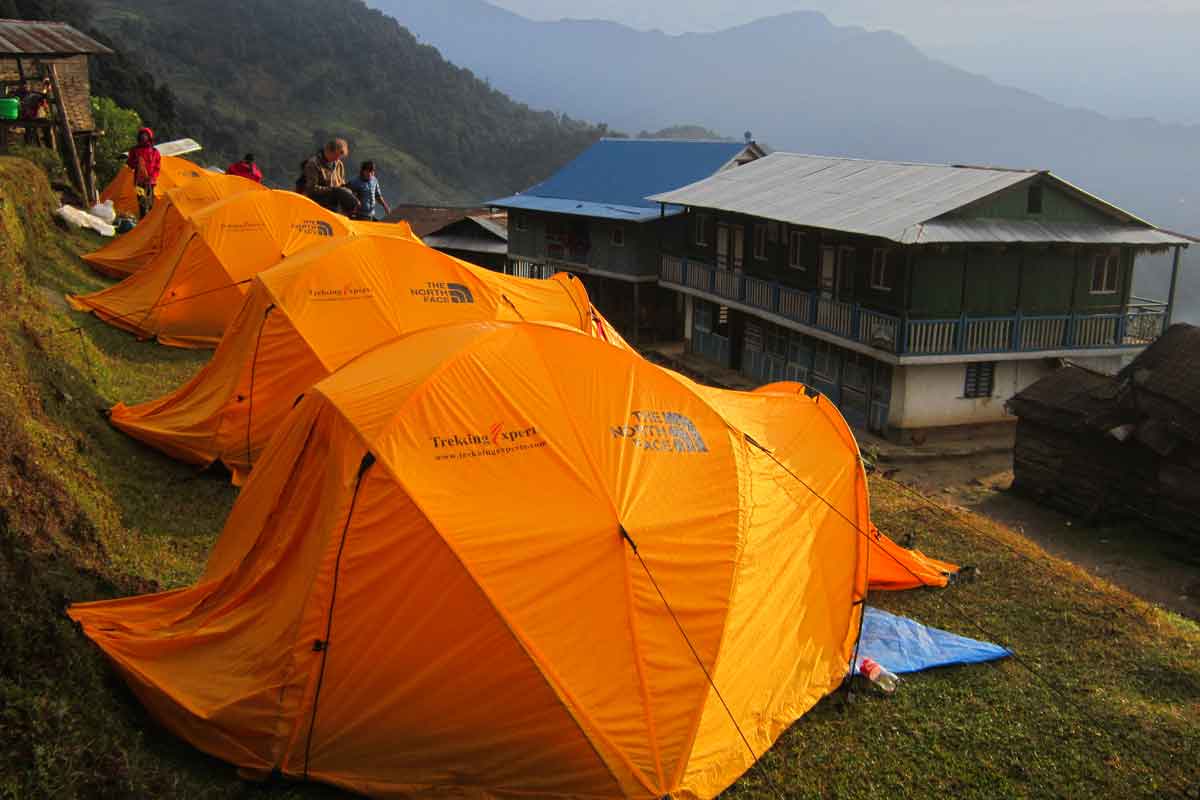 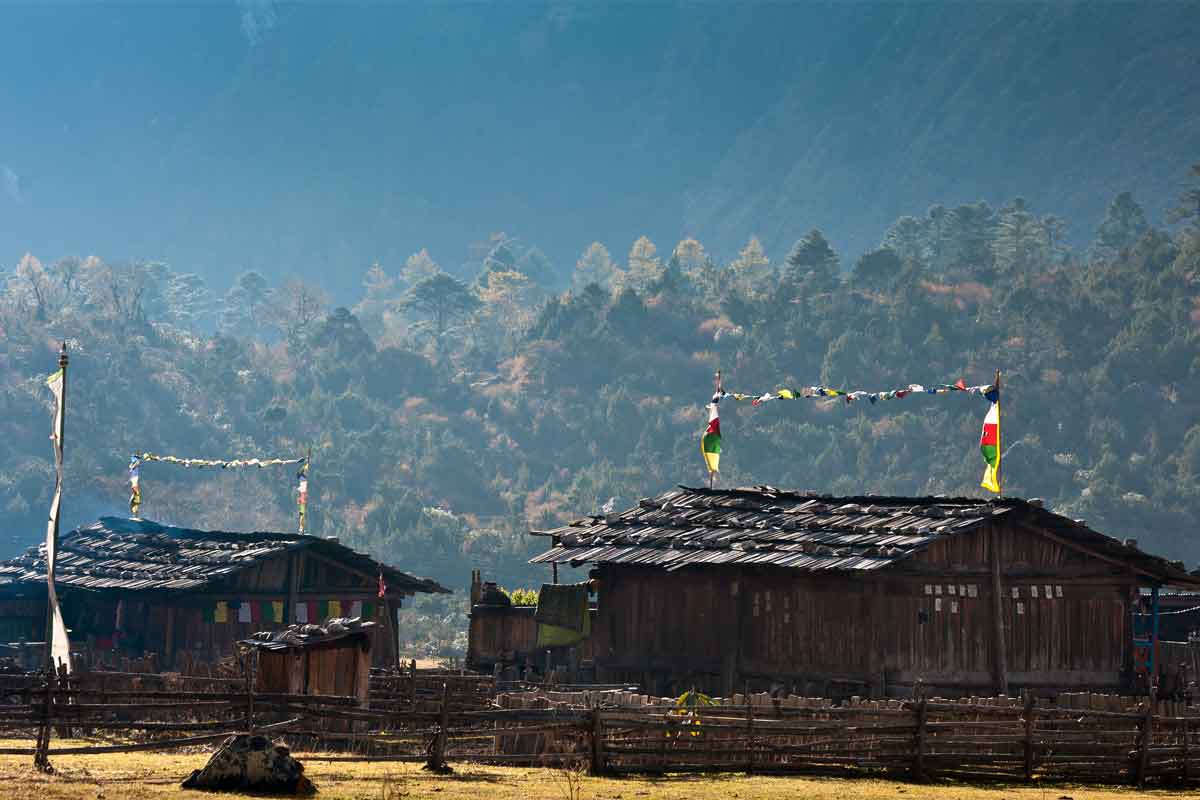 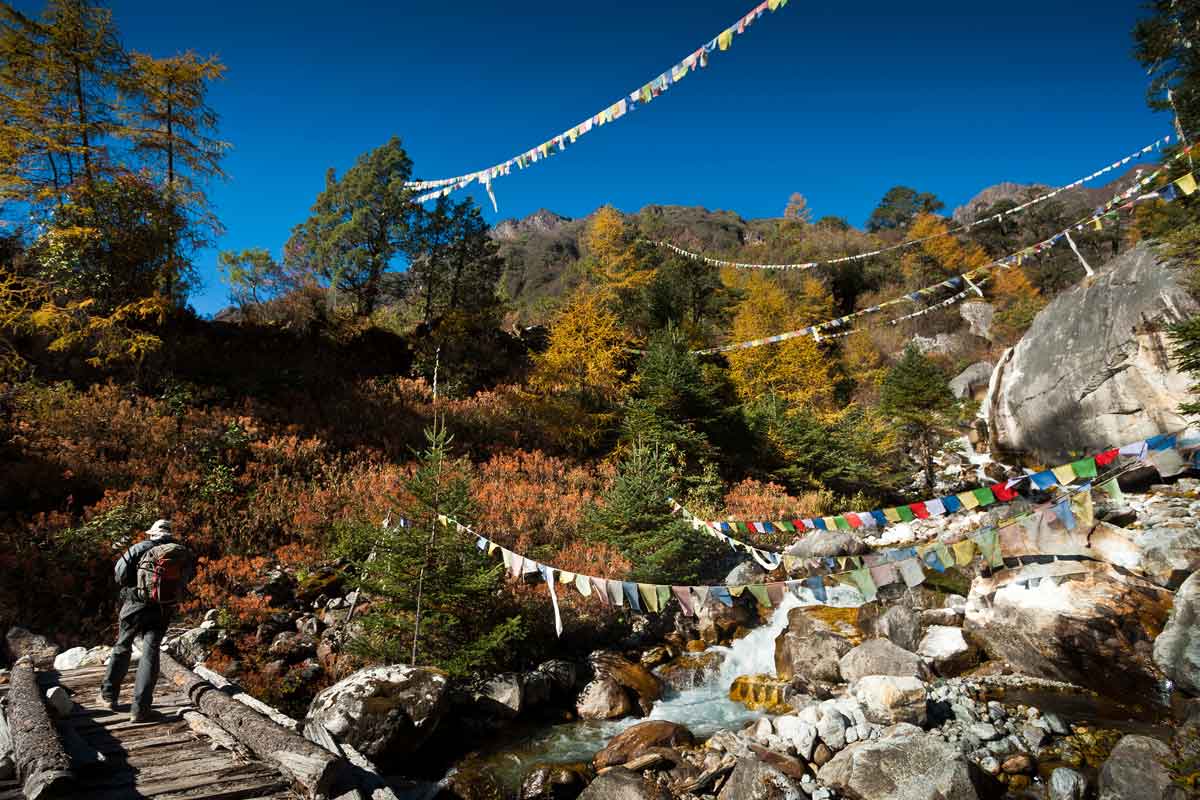 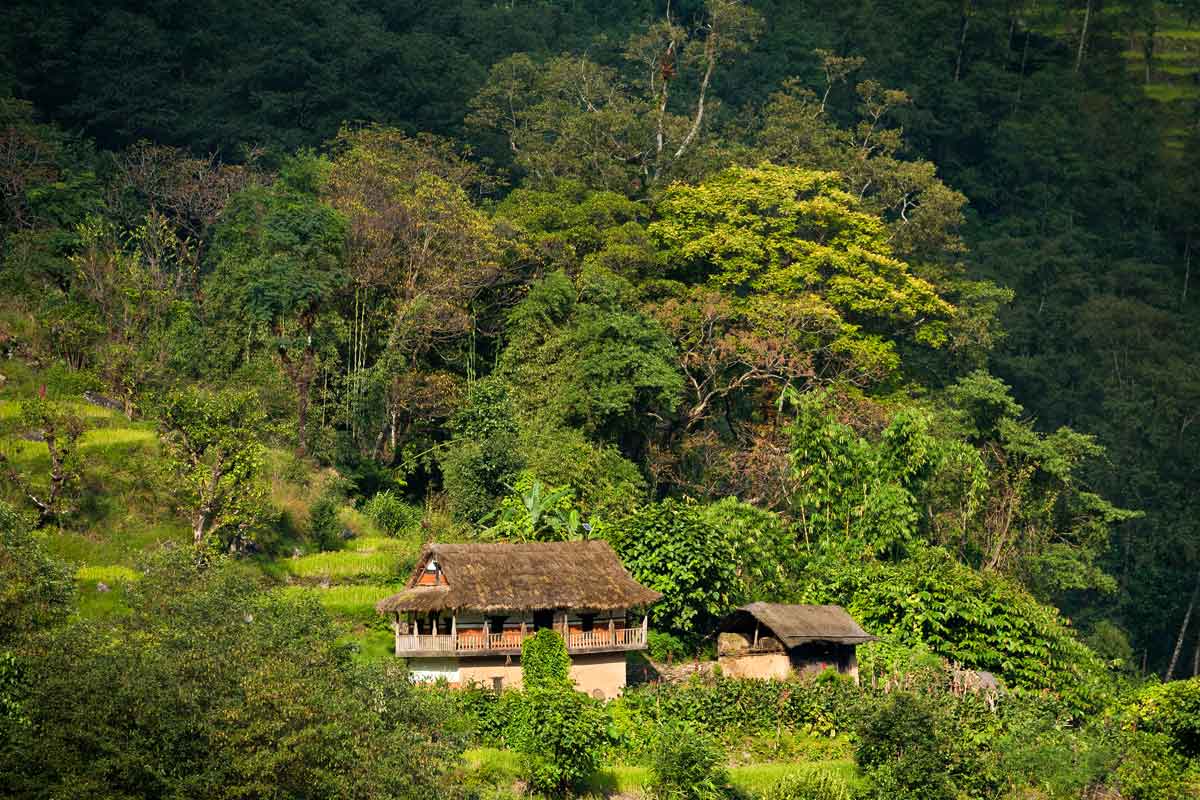 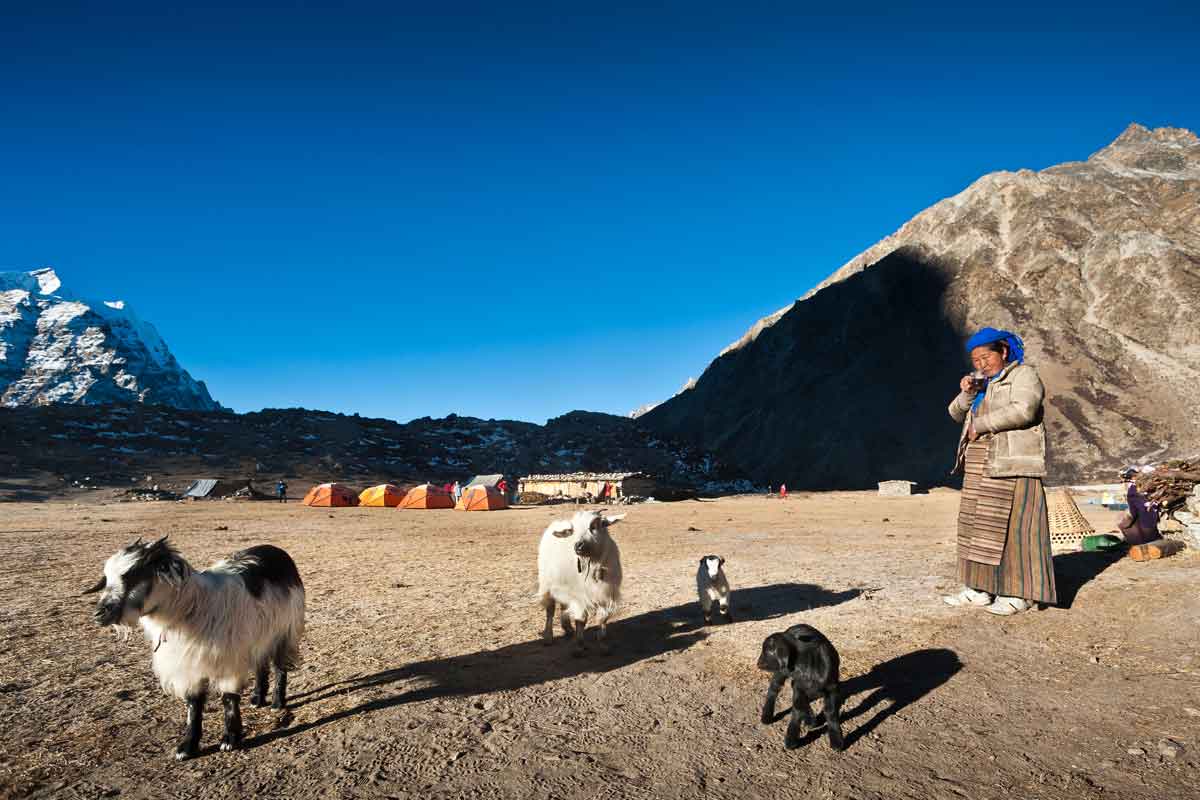 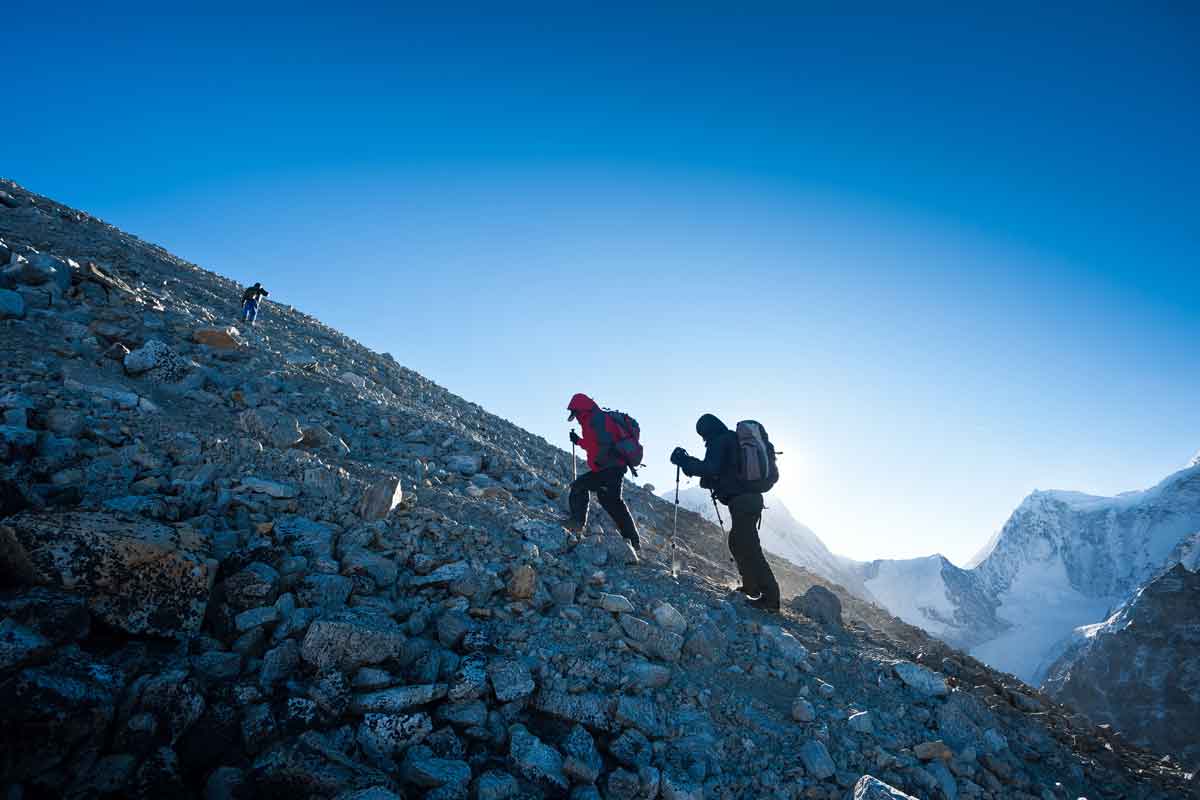 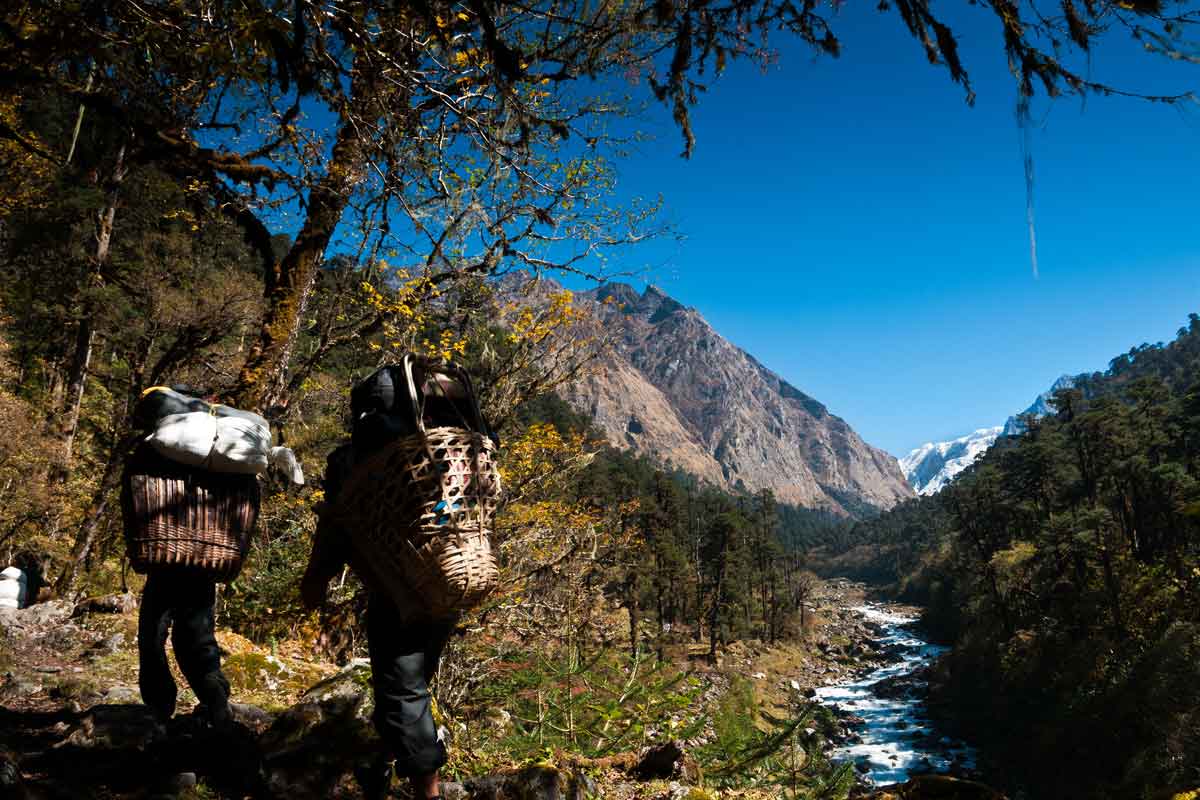 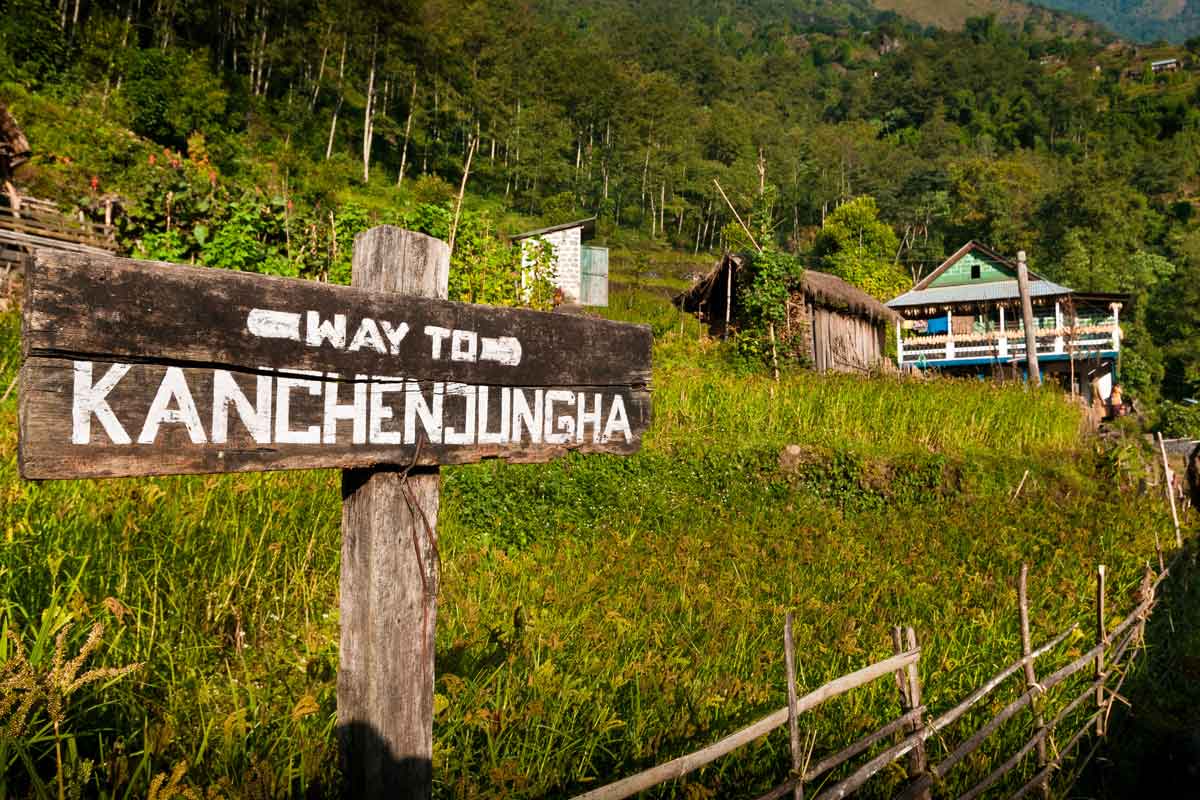 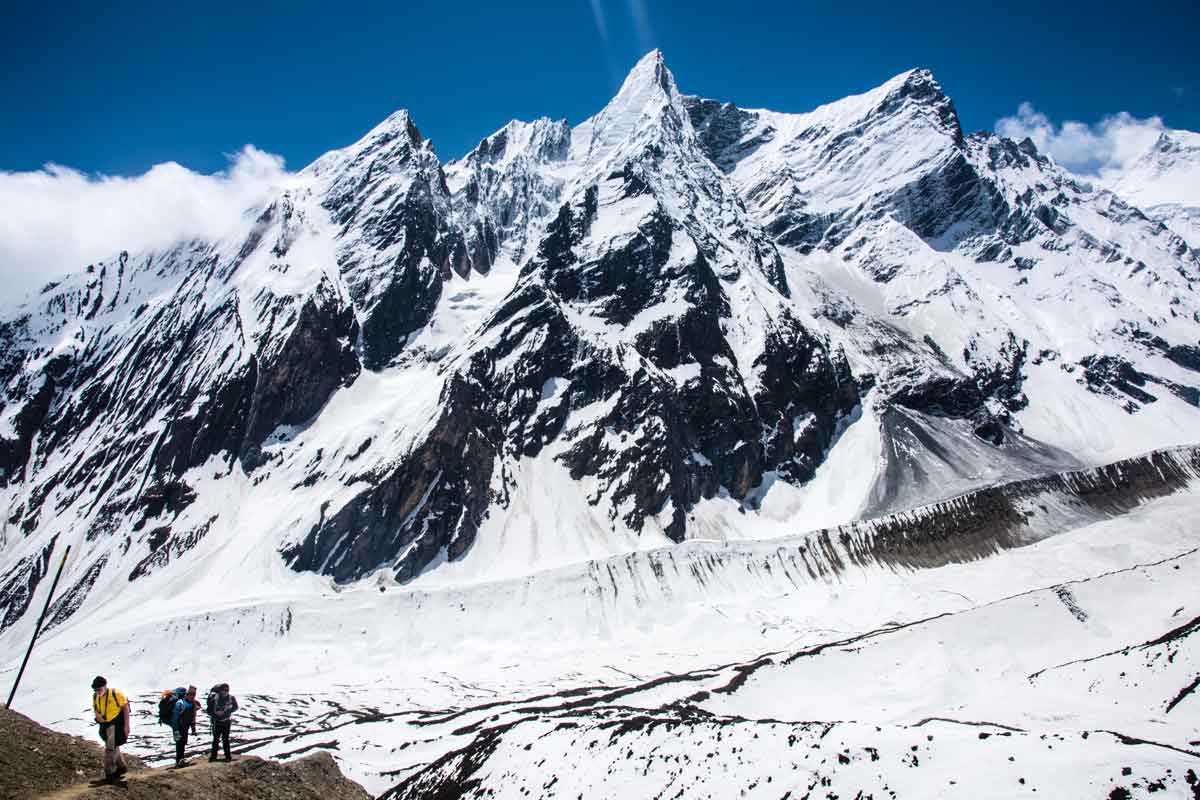 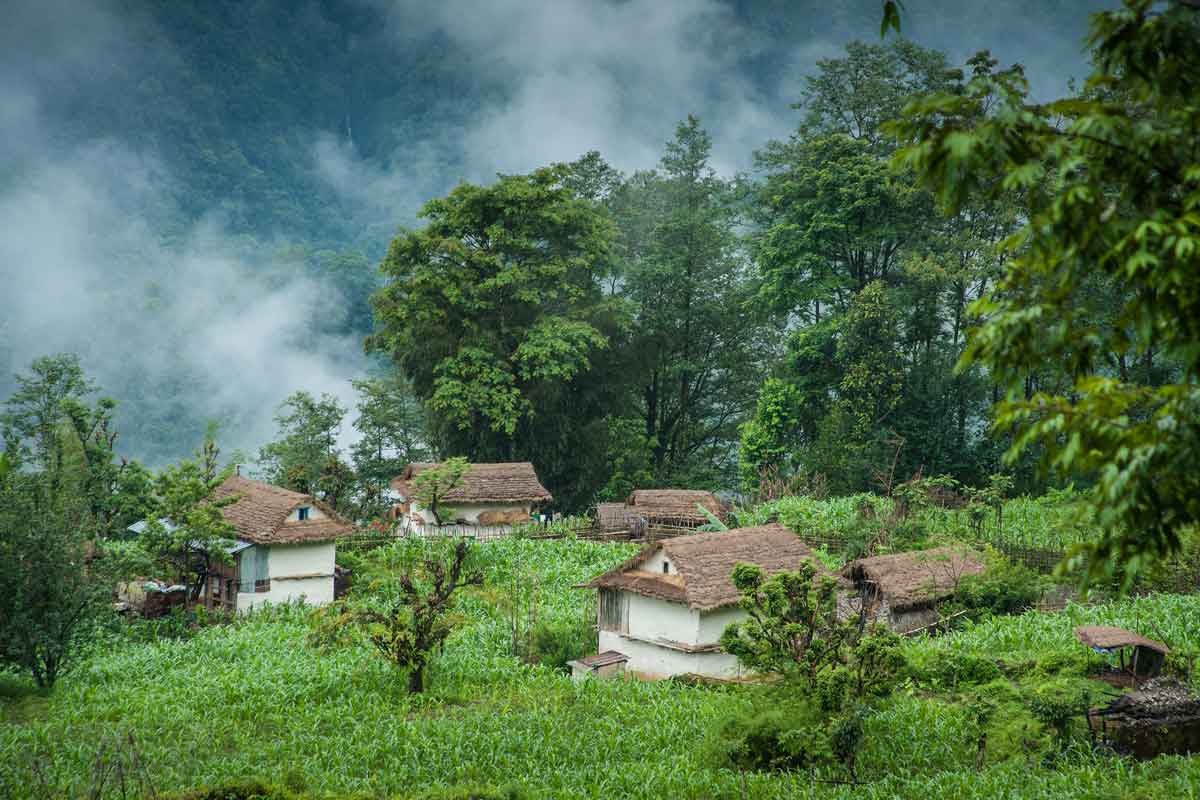 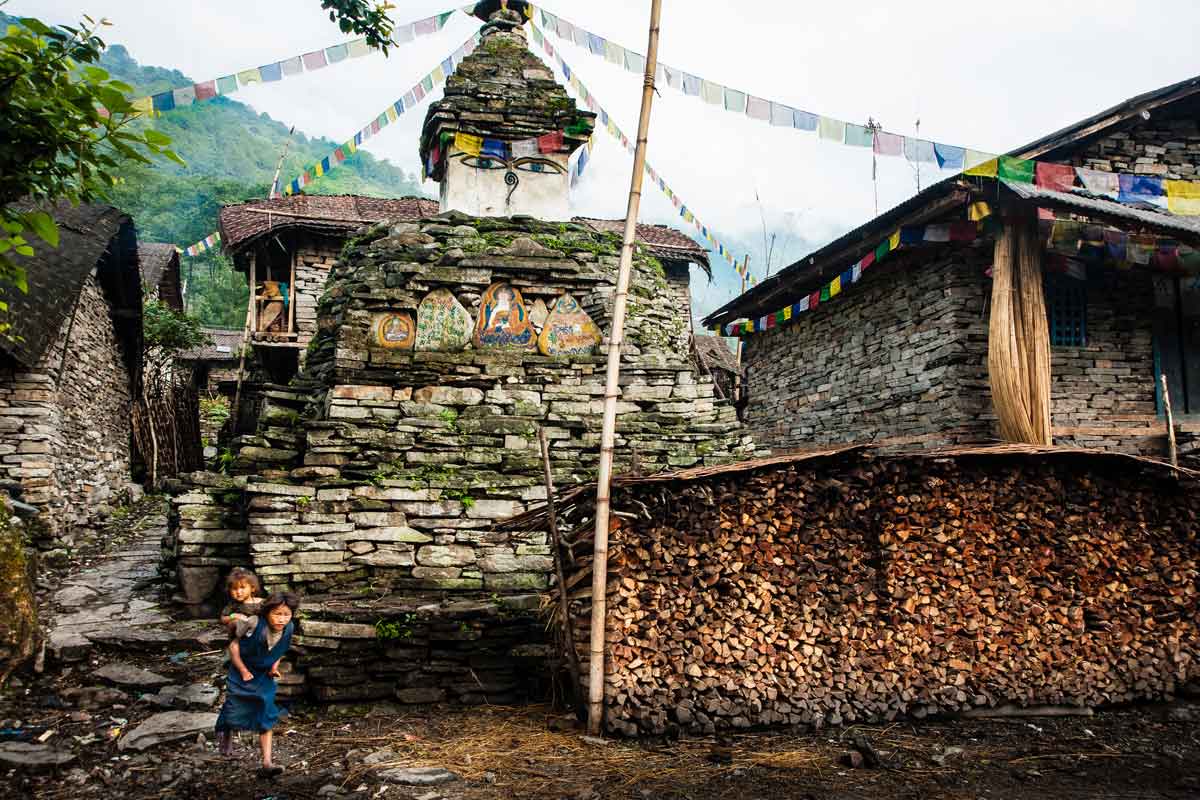 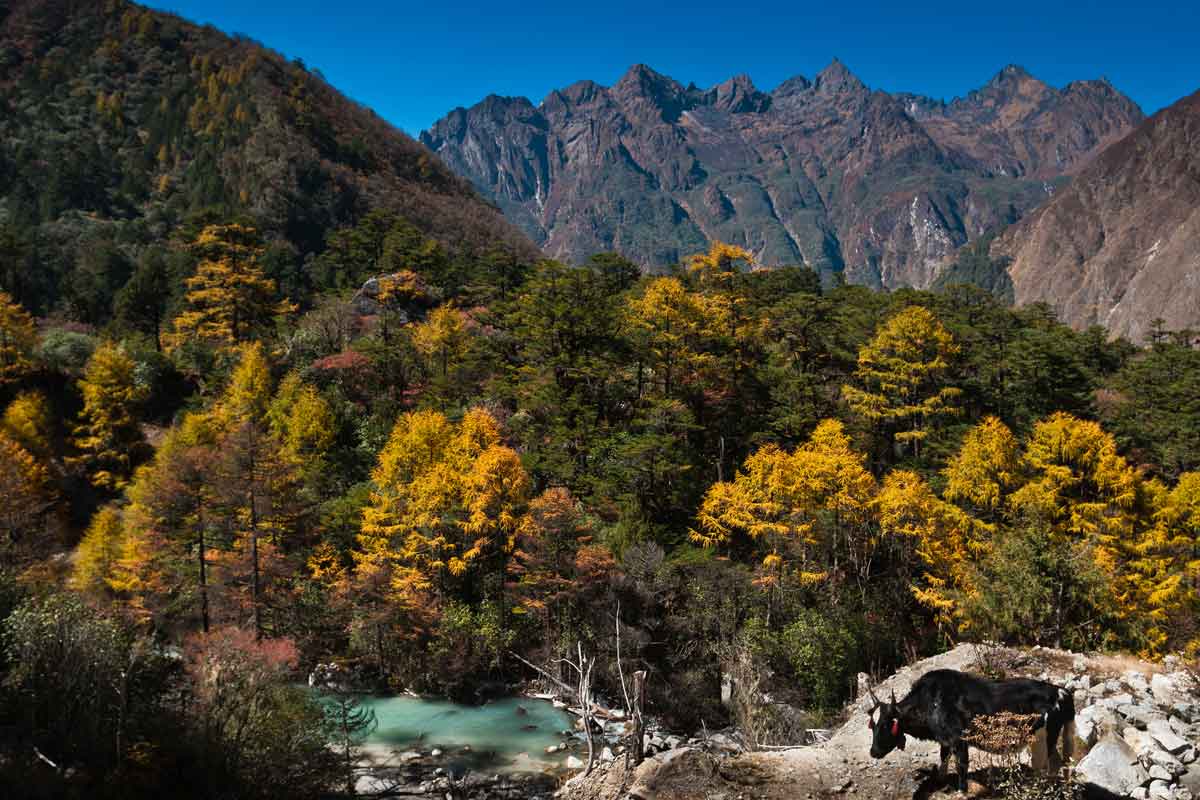 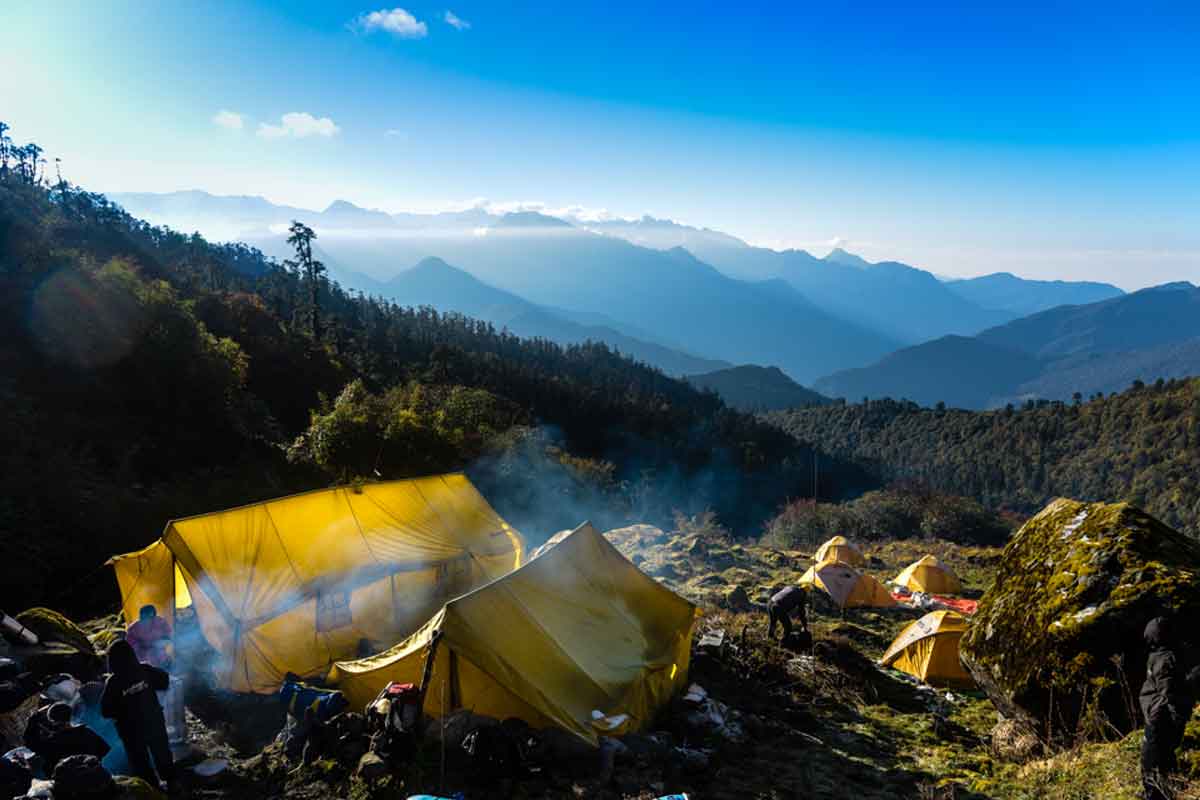 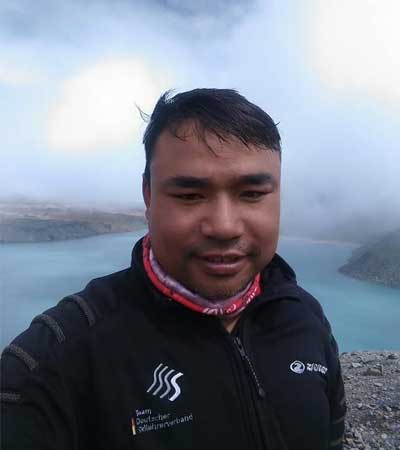