A PRECIOUS JOURNEY IN THE SACRED PLACES OF BUDDHA’S LIFE WITH DAILY TEACHINGS ON BUDDHISM. A UNIQUE 11 DAYS SPIRITUAL TOUR IN THE BUDDHIST UNIVERSE.

A beautiful and precious journey in the footsteps of Buddha’s life, a full immersion in the Buddhist universe with a beginning in the mystical and sacred Varanasi. A first hindi start to progress later toward the most spiritual Buddhist place: Bodhgaya, where Buddha reached enlightenment. We’ll admire Maitreya Buddha, the Buddha of the future, and all the monks doing prayers and prostrations at Mahabodhi Temple.  We’ll live in Bodhgaya two days in order to appreciate completely its highly spiritual atmosphere and then we’ll move to Nalanda, the ancient world’s great university and we’ll go on visiting in the next days the famous places where Buddha did his sermons, where he passed the greater part of his monastic life, the place where he was born and where he passed away.

Then after a quiet long tour in the Buddha’s most sacred places, we’ll move to Delhi through Lucknow when we’ll visit the beautiful 18th century ensemble Bara Imambara and the magnificent Taj Mahal and Fort in Agra. The Hotels are 4 or 5 stars, the best possible existing in rural and very poor areas of North of India. In all this, your knowledge of Buddhist philosophy will be increased by simple daily late afternoon Teachings on different topics in order to permit you to have a precious insight of Buddhism and meditation wisdom pills.  This special tour is a refined Buddhist pilgrimage but it contains also elements belonging to Hindu and Muslim traditions. On the Path to Buddha: a precious tour of culture and spirituality!

In time transfer to Airport to board flight for Varanasi. Varanasi is one of the oldest cities on the planet and revered as one of the seven sacred cities of Hinduism. It’s a magical place. Meet with the local guide in Delhi and the Tour Leader in Varanasi’s airport. Transfer and arrive to Hotel Palace of Ganges, a heritage hotel indian-themed rooms which tell different stories from Indian culture, in fact each room is different from the others. A true place to feel the soul of India. Later we go to visit Sarnath, the historical place of the first sermon of Buddha after his enlightenment, the gazelle park, the archeological museum and coming back to Varanasi we enjoy the beautiful hindu Evening Aarti on the Ghats of River Ganges, a very powerful and uplifting spiritual ritual where Hindu mythology says the soul is liberated from the body. Evening Buddha’s Teachings: Introduction to Buddhism

Early morning we enjoy suggestive sunrise boat ride at River Ganges, we walk on the Gaths and later wevisit the Bharat Mata Temple, unique for its display of the map of Undivided India on marble. In time depart for Bodhgaya, the most important pilgrimage site in the Buddhist Tradition where Buddha attained enlightened under the Bodhi Tree. Arrive and transfer to the beautiful Hotel Marasa Sarovar Premier,first and only thematic hotel in the heart of holy Bodhgaya which draws inspiration from the historical references of Buddhist structures in the area. The hotel offers rooms and suites in five residential blocks overlooking five spectacular water bodies, symbolising serenity and tranquillity. Later visit to the most sacred Buddhist site, Mahabodhi Temple, the Buddha’s enlightenment stupa and the beautiful Maitreya Buddha, the Buddha of the future. Evening Buddha’s Teachings: Bodhisattva’s Path

We remain one day in Bodhgaya to savor all the spiritual feel of this magic, historical and most spiritual place of Buddhism. We’ll go back to the Mahabodhi temple early morning to see the morning prayers and the prostrations of many pilgrims, immersing ourselves in this environment of international peace and great compassion. Later we’ll visit some Monasteries like Tergar Monastery of the School of Karmapa. We’ll have lunch at the Tibet Om Cafè and later we’ll go on visiting the Bhutanese Monastery, the Thai Temple, the Root Institute of Lama Zopa Rinpoche and Alice Project, a holistic school for Universal Education led by Valentino Giacomin. In alternative we’ll pay a visit to another rural school, Vikkikids school led by Sudhir Kumar. Evening Buddha’s Teachings: the 4 Noble Truths

Post breakfast at the hotel, check out and proceed for Patna en route visit Rajgir&Nalanda. First we will visit Nalanda, one of the ancient world's great universities and the largest center of knowledge of those time where many figures of Buddhist tradition like Nagarjuna, Aryadeva, Asanga and Naropa studied. Later, we will embark on a 20 kms ride to Rajgir to see Gijjhakut "Hill of Vultures," a heritage site full of temples and stupas of all traditions where Lord Buddha spent several months meditating and teaching Dharma. It was here that the Prajnaparamita (the Sutra of wisdom) was transmitted which marks the beginning of the tradition of the so-called "second turn of the Dharma wheel", the Mahayana Buddhist path. After that, we visit Saptaparni caves where Buddha's first council was organized and it is also a source of Rajgir's hot springs. In the evening, we’ll continue to drive for Patna, arrive and transfer to hotel. Evening Buddha’s Teachings: The Law of Karma

After breakfast we drive to Kushinagaren-route, we visit Vaishali, a significant Buddhist pilgrimage site where Lord Buddha preached his last public teaching. We’ll see the Buddha Relic Stupa where the Buddha's ashes were buried, after cremation in Kushinagar, the World Peace Pagoda and the Archeological Museum. Later continue drive to Kushinagar, the place where Buddha passed away. On arrival at Kushinagar check-in at the hotel. Evening Buddha’s Teachings: Kundalini and Reincarnations

Post breakfast,depart for city sightseeing visiting the Mahaparinirvana Temple where there is a big statue of Buddha laying down in parinirvana, RamabharStupa, the Buddha Museum and Mathakuar Temple. Kushinagar inspires moments of peaceful contemplation; small ceremonies are often held in the temple by pilgrims from all over the world. Then we leave for Lumbini (Nepal) that takes about 6 hours. We reach the Lumbini Buddha Garden Resort, a private haven of tranquility, in a sense a spiritual ‘buffer zone’ from the outside world for visiting guests. An environment to meditate and relax in peace, as well as learning about Buddhism. Evening Buddha’s Teachings: Our unbelievable precious life: meditation on death

After breakfast at the hotel, proceed for sightseeing visiting the Lumbini Park a very interesting religious site where the Ashok Pillar carries the inscription where the Buddha was born in the 563 B.C. Then we visit humble Mayadevi temple, which is sacred to Buddha's mother. Later we visit the evocative ZhongHuai Buddhist Chinese Temple, the World Peace Pagoda, and the imposing Royal Buddhist Thai Monastery. The ensemble of monasteries with their monks who permanently reside here, creates a vital gap of Buddhist philosophy in the world. We go back to the hotel. Evening Buddha’s Teachings: Heart Sutra

Post breakfast at the hotel, drive to Shrawasti. On arrival at Shrawasti in check-in at the hotel. Later in the afternoon, we visit Shrawasti where Lord Buddha passed the greater part of his monastic life and preached24 years in this city after the enlightenment. This city has several age-old stupas, monasteries and temples. Also we visit the Ananda Bodhi tree where Lord Buddha meditated for a night, then Jetavana Gardens. Evening Buddha’s Teachings: Become Your Own Therapist

After breakfast at the hotel, check out &drive to Lucknow. Lucknow, the capital of Uttar Pradesh and called Constantinople of India, enjoys the reputation of the city of culture, good living and good food. On arrival at Lucknow we transfer to Hotel for lunch. Later we go to visit the city’s most interesting site: the 18th-century ensemble Bara Imambara with its beautiful mosque and the undisputed protagonist of the site, the labyrinth Bhool Bhulaivais, a maze of narrow tunnels with city views from its upper balconies. Close by, the grand Clock Tower whichis the tallest in India. Evening Buddha’s Teachings: Serving others as highest happiness

After early breakfast we proceed for Agra, arrive and transfer to Hotel Parador, a very nice and comfortable Boutique Hotel. Post lunch we’ll visit Agra Fort – known for its magnificent architecture and one of the most beautiful forts of all India. Evening Buddha’s Teachings: Tantra

We waited for it but now we’re ready to visit the magnificent Taj Mahal!'Crown of the Palace', World Heritage Site, is considered maybe the most beautiful monument in the world. We’ll visit it from early morning. Later we’ll visit the tomb of Itimad-ud-Daulah(is it right?) a jewel box regarded as the draft of Taj Mahal and then we depart for Delhi. Arrive and transfer to Hotel for a quick wash & change with Dinner. Later in time transfer to the airport to board flight for onward destination. Hotel: Ashtan Sarovar Portico If there will be time in the hotel for Buddhist Teachings: We need to learn how to be compassionate.

All transportation entire tour by using Innova from for 5 Pax and Tempo Traveler from 06 Pax to 12 Pax Flight within India (Delhi-Vanarasi) with airport taxes. A Tour Leader andan English Speaking guide through the tour All monument entrance fee as per program Boat Ride ( Country Part) per person All accommodations in three star and upper hotels and meals during the tour in India as per program at tourist class hotels with 3 meals a day on twin sharing 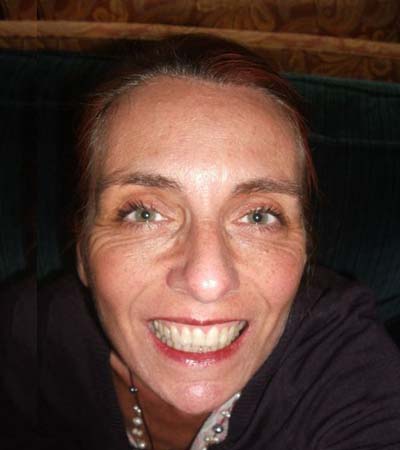