Mount Kailash is one of the most popular religious sites located in Tibet. Mount Kailash is holy places for Buddhist, Hindus and Jain believers where every year thousands of people visit on the occasion of Saga Dawa festival which happens during May-June each year. Mount Kailash is important mountain in Asian history with elevation of 6656 meters is located in the county of Bruagn in Ngari area. According to ancient Sanskrit documents, the Gangdise Range had become a holy Mountain as early as 2,000 years before Christ. The Hindu myth has it that the “palace” for the god of gods was built on the peak of Kailash of the Gangdise Range. The Tibetan Buddhists believe that the mountain is in the shape of an olive with a grand legendary palace on the peak.

Manasarovar Lake is situated on the lap of Mount Kailash which is one of the highest fresh water lakes of the world, is over 20 kilometers to the southeast of Mount Kailash with a total surface area of 400 square kilometers. This placid lake is a vast expanse of pristine water, absolutely beautiful under the vast and clear sky. The legend has it that Goddess Woma bathed in the lake. Because of its sheer beauty and charming myths and legends, the lake was mentioned as a celestial lake of the west in an ancient book written by Xuanzang, a Tang Dynasty monk known for his journey to India in search of Buddhist scriptures. Trekking Experts offers this Mount Kailash Tour to explore holy Mount Kailash and Mansarovar along with beautiful Tibetan plateau.

After breakfast, start your tour; take a short walk to Potala Palace which will take you from your hotel. Potala Palace is considered one of the great wonders of the world. It is held sacred by Tibetans as the former residence of successive Dalai Lamas, and is one of Tibet's most holy pilgrimage sites. A palace was originally built in the 7th century by King Songtsen Gampo, and was believed to have been nine stories high, but around the 9 th century it is believed to have been destroyed by a big fire. The present Potala Palace was constructed by the great fifth Dalai Lama in the 17 th century after he became ruler of Tibet. The Potala Palace is divided into two sections, the White Palace (completed in 1653) and Red palace (completed 1694). It has more than one thousand rooms and is thirteen stories high. The White Palace was secular in nature and mainly used for government administration, whilst the Red palace was mainly used for religious functions and still has numerous chapels, including those containing reliquary stupas of the successive Dalai Lamas which are richly decorated in gold, silver and semi-precious stones. Afternoon, you’ll visit Jokhang temple and Bharkor. Jokhang temple is Tibet’s most sacred temple, the main point of pilgrims from the entire Tibetan plateau. Located at the heart of the ancient town of Lhasa, it was built in the 7 th century by the Tibetan King Songtsen Gampo’s queen Bhrikuti on a site identified by Queen Wencheng according to her geomantic calculation. The temple is 3 stories high and it is constructed with enormous chapels including the most sacred statue of Budhha Shakyamuni, enshrined. It has around 70 monks nowadays. Ancient Barkhor Street is the most sacred pilgrimage site in Lhasa and it is full of pilgrims from down till dusk. There are four huge prayer flags situated in Bhakor street which surrounds the Jokang, known respectively as Gadhen Dharchen in the northeast, Juyak Dharchen in the west, Kelsang Dharchen in the southwest and SharKyaring Dharchen in the southeast. The Bharkor street is the most active market in all Tibet and it is possible to purchase traditional Tibetan artifacts, religious implements, antiques, modern goods, books, music, clothing, spices, fresh meat and vegetable.

After breakfast, you’ll drive to Drepung monastery which will take you 15 minutes drive from your hotel. Drepung monastery is the largest monastery in Tibet, built in the 15th century by Jamyang Choeje who is one of Tsongkapa’s foremost disciples. The monastery is beautifully located up in a hill at the distance of 7 Km from the old section of the city and it is the biggest monastery in Tibetan Buddhism. The monastery has four main colleges with numerous small chapels and house chapels, known as Khangtsen in Tibetan. There are around six hundred monks nowadays. Afternoon, you’ll visit Sera and Norbu Lingka. Sera Monastery was founded in around 15th century by Jamchen Choeje who is another famous disciple of Tsongka pa and it is the second largest monastery of Tibet. There are three big colleges with numerous chapels and house chapels. The most attraction to visit this monastery is to see the monks debating which hold from 3-5Pm everyday apart from Sunday. Norbu Lingka is the first summer Palace which was founded by the seventh Dalai Lama in 18 th century and the first Palace Kelsang Podrang was also constructed as the same name as the 7 th Dalai Lama, Kelsang Gyatso. The eight Dalai Lama Jampel Gyatso (1758-1804) did more initiated work on the Norbulingka, expending the gardens and digging a lake which can be found south of the new summer Palace. The thirteenth Dalai Lama (1876-1933) was responsible for the three Palaces in the North West corner of the park and the fourteen the Dalai Lama built the new summer Palace in 1956. Nowadays there are some monks who are taking care of the Palace.

You will start your tour at around 8 am from your hotel and then drive towards Gyantse through 3 big mountain passes, Gampa La, Karo La, Simila respectively. Karola is the highest pass among them which is over 5000Mts with its most beautiful glaciers; beautiful Yamdrok lake emerged as coral color from the top of Gampala pass. Drive along the beautiful Yamdrok Lake and Karola glaciers. Upon arrival in Gyantse during your lunch time, visit Palchoe monastery and Kubum Pagoda stupa. Continue your journey to Shigatse by passing one of the biggest farming lands in Tibet where people grow barley, wheat, different kinds of vegetables.

After breakfast, you’ll drive to Saga and Drongba county via Ngamring La (4650m), beautiful Ngamring lake before reaching Ngamring county and some beautiful villages on the way. You will drive through vast grassland with big nomadic area where you will see lots of Yak, Sheep etc. Even though the road condition is good and it will take you around 8 hours to get there as there is a speed limit.

After breakfast, from today you’ll heard towards south and join the high Tibetan plateau at more than 4000m in altitude, between Himalaya and Brahmaputra (Tsangpo). Numbers of nomad camps, herds of Kyangs (wild donkeys), gazelles and antelopes, and sometimes a mob of jackals howling with the fall of the night or even a lonely wolf. We follow the road towards Kailash in breathtaking landscapes with some beautiful nomad camps and many animals on the grass lands. Reaching Lake Mansarovar and Kailash, it is an amazing landscape the view from the point called Chaktsalkang where you can first see the Lake Mansarovar right in frot of us and Mt Kailash in the distance. It is extremely beautiful to see Lake Mansarovar and Mt Kailash in the distance which could be called as heaven. Enjoy a short walk along the lake Mansaorvar, visiting Chiu Gompa and enjoy the most beautiful view of Mt. Kailash from the monastery. Our guide and driver will prepare and book the porters or Yak for your Kailas trek.

After breakfast, you’ll start your walking today to circling around Mount Kailash. Today is the first day of your Kailash Kora (circling) which is totally around 53 kilometers. You’ll start your Kora from Darchen and after like 2 hrs walk, you will face DarpoChe where there is a huge prayer flag pole which is annually replaced by the pilgrimages on 15th of forth Lunar month, known as Saga Dawa festival, As well as Trulku monastery on your leftside up on the hill side. You can also see ibex and blue sheep running in the rocky hillside while you are walking and then you will reach Dhira Phuk which was a monastery before but nowadays you can only see the ruins of the monastery as the monastery was destroyed in the Cultural Revolution.

Day 09: Dhira Phuk- Zutrul Phuk (alt. 4810m) After breakfast you’ll start your second day of your Kailash Kora which is indeed the hardest day of your three days trek. You will have to climb up to the top of Drolma La pass which is more than 5000 meters. There will be three sloppy hikes to get to the top of Drolma La Pass (5200m) from DhiraPhuk and then pretty steep downhill with rocky path all the way to the valley. On the right side of the downhill path, there is a small lake called Thuje Lake, meaning compassionate lake. Zutrul Phuk was the cave where Mila Repa and Nagro Bonchung debated for their religion sects and nowadays, it is a small monastery.

After breakfast today you’ve easy day for Kailash kora as you will trek down in the valley with beautiful distant scenery of Rakshas Tal (lake). From here you will depart your Yak men and kind Yak and shift to jeeps. You will meet your drivers and continue your tour to Lake Mansarovar. And then you’ve free time for rest and free afternoon around the lake.

After breakfast you’ll drive back to Saga following the same way. It's in the vastness of the Changtang, Tibetan plateau, that we measure the Tibetan space from where suddenly emerge herds of gazelles or Kyang, wild donkeys.

You will start your tour at 8.30 Am and drive through a rough road for 65Km until you get to the friendship high way where Old Dingri is located. Old Dingri is one of the popular places to stop a night in order to view Mount Everest for tourists especially for those who are unable to go to Mount Everest because of altitude problem. You will drive through the last pass after Pekutso. From the top of those places, you will say final good bye to the beautiful Himalayan range including Shisha Bangma mountain which is also over 8000m and popular to the mountain climbers.

After breakfast, you’ll drive for 20km distance from Kyirong and meet by our representative from Nepal, clear immigration procedure and obtain your Nepali visa & transfer to Kathmandu.

12 nights at three star-hotel or tourist-class hotel s on twin sharing basis with full board service (Breakfast, lunch and dinner)

Support for airport pick up, drop and farewell dinner Support for visa documentation 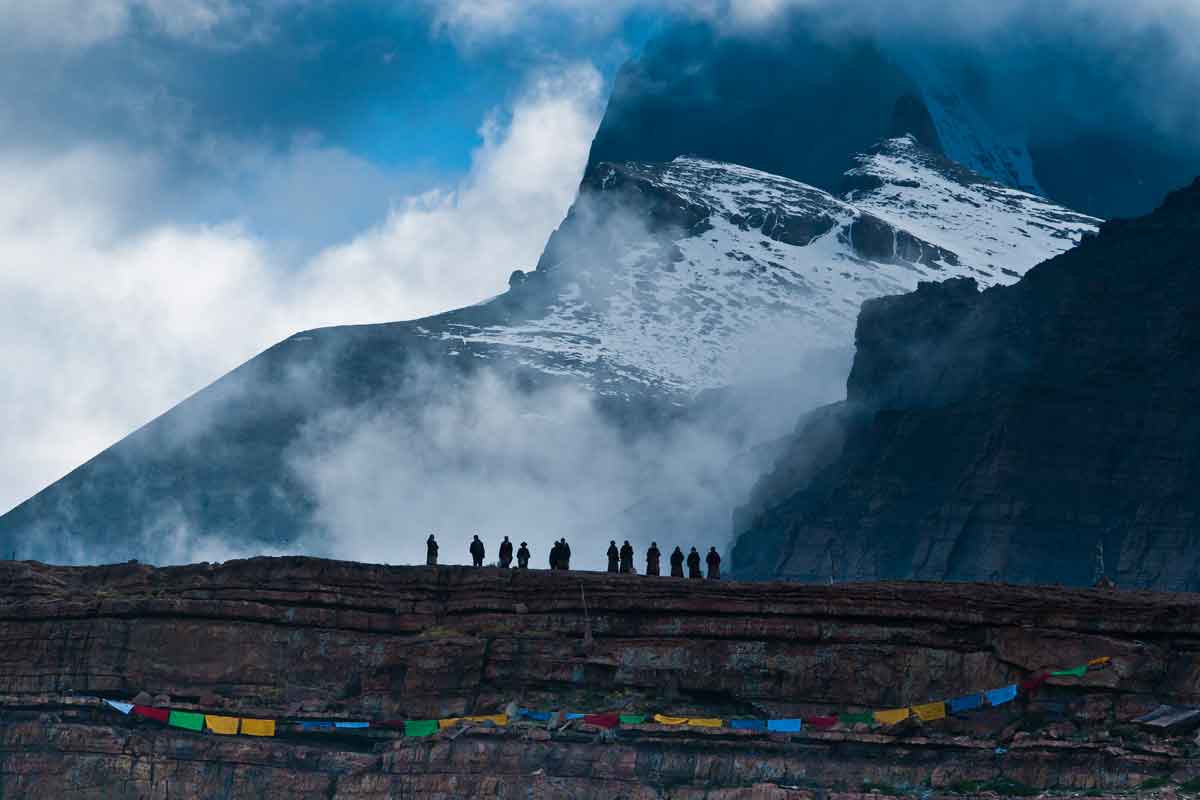 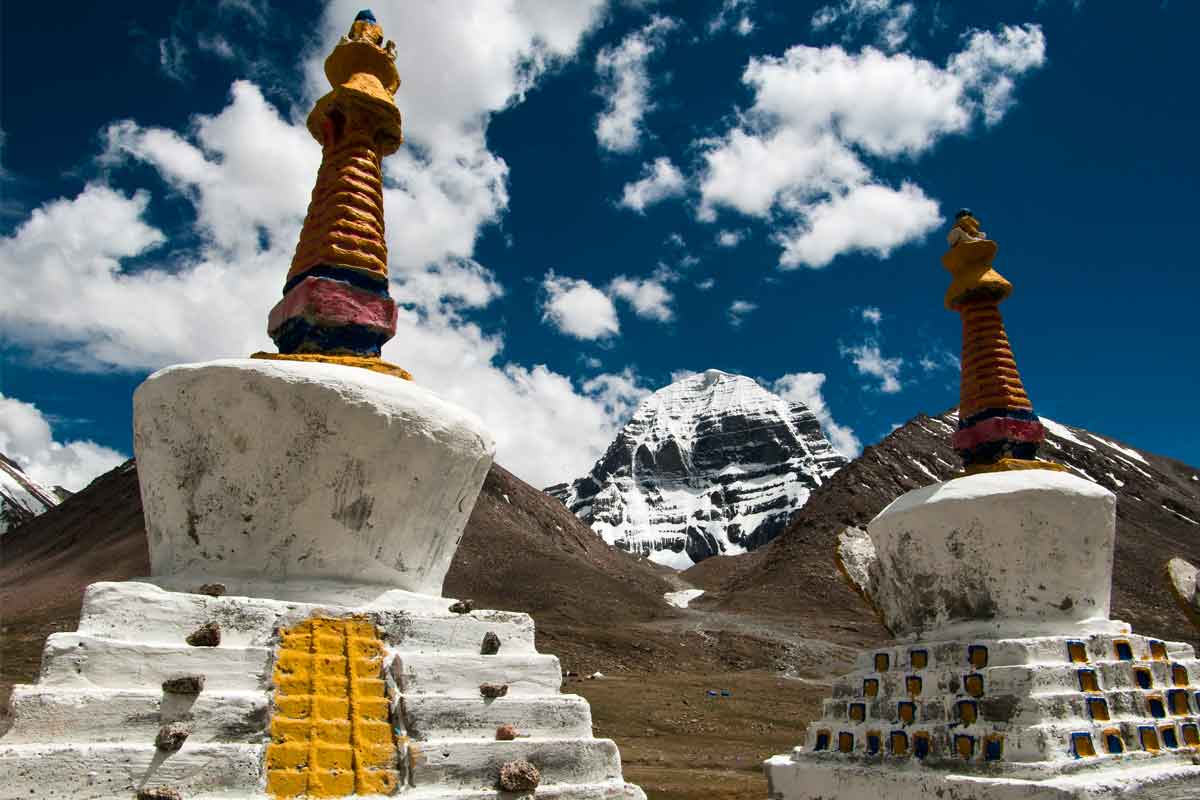 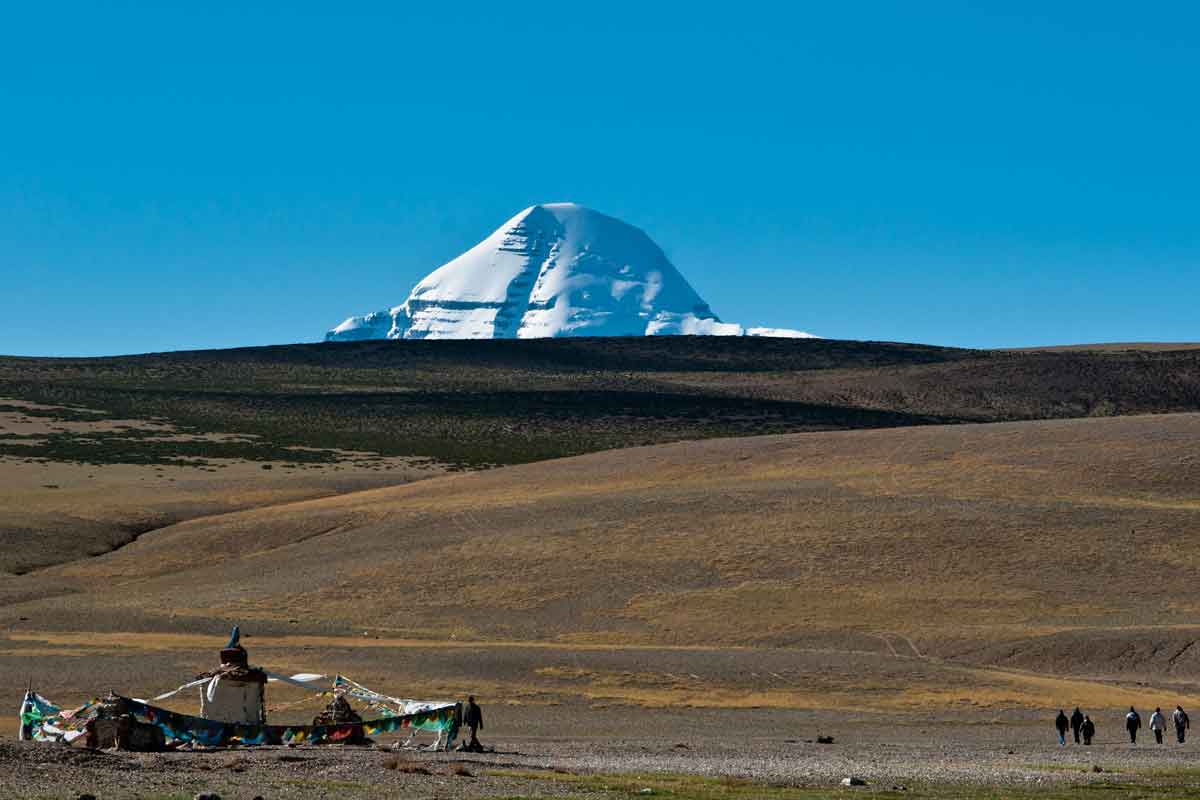 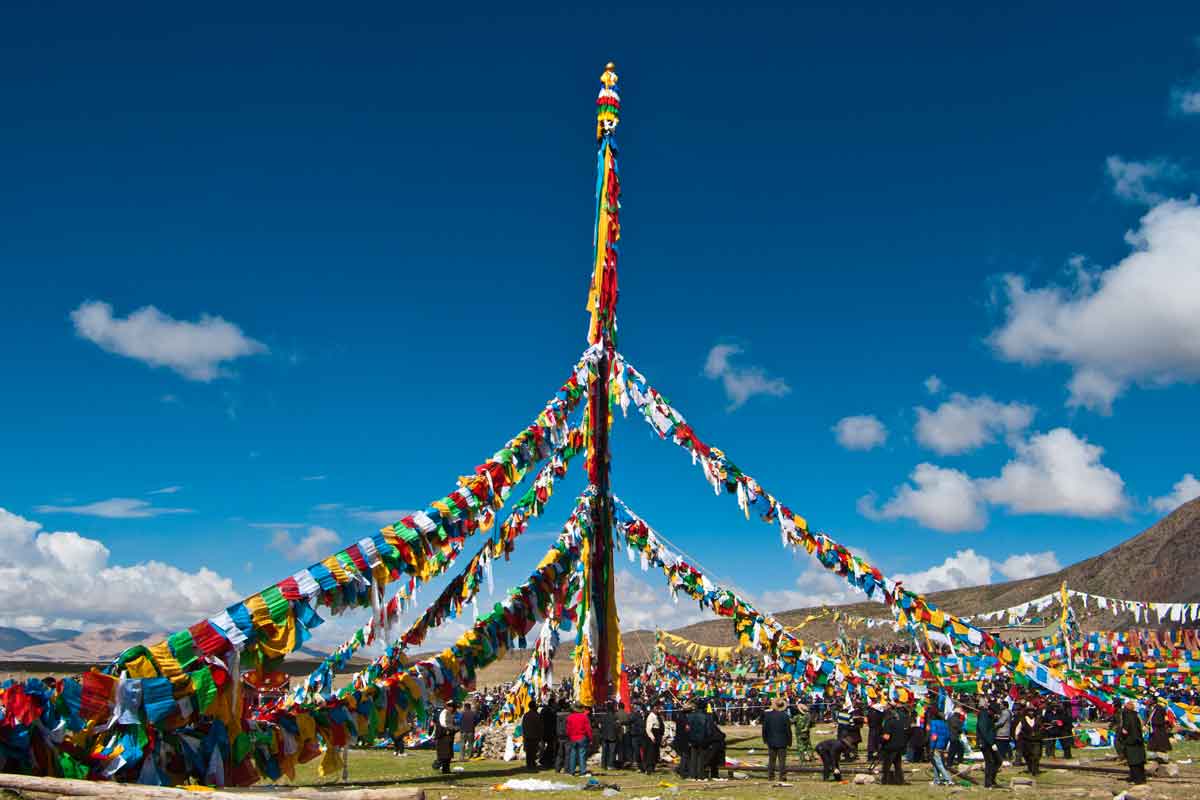 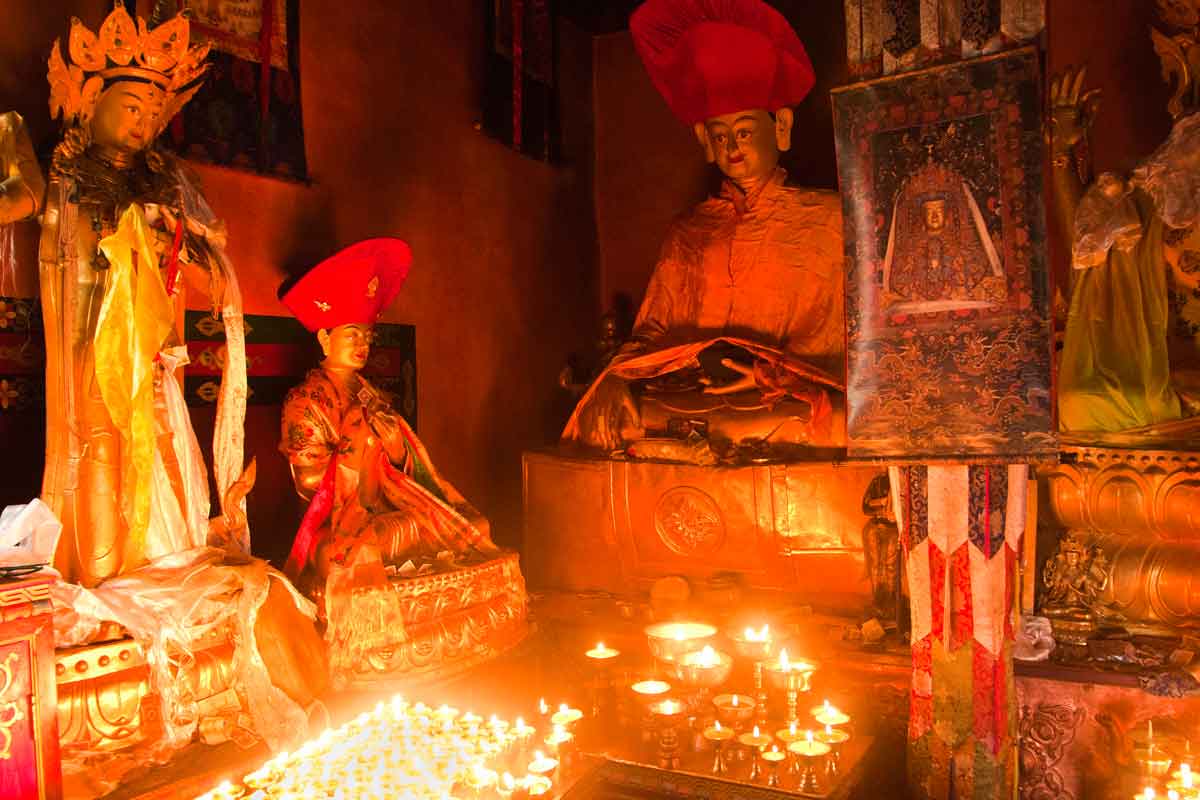 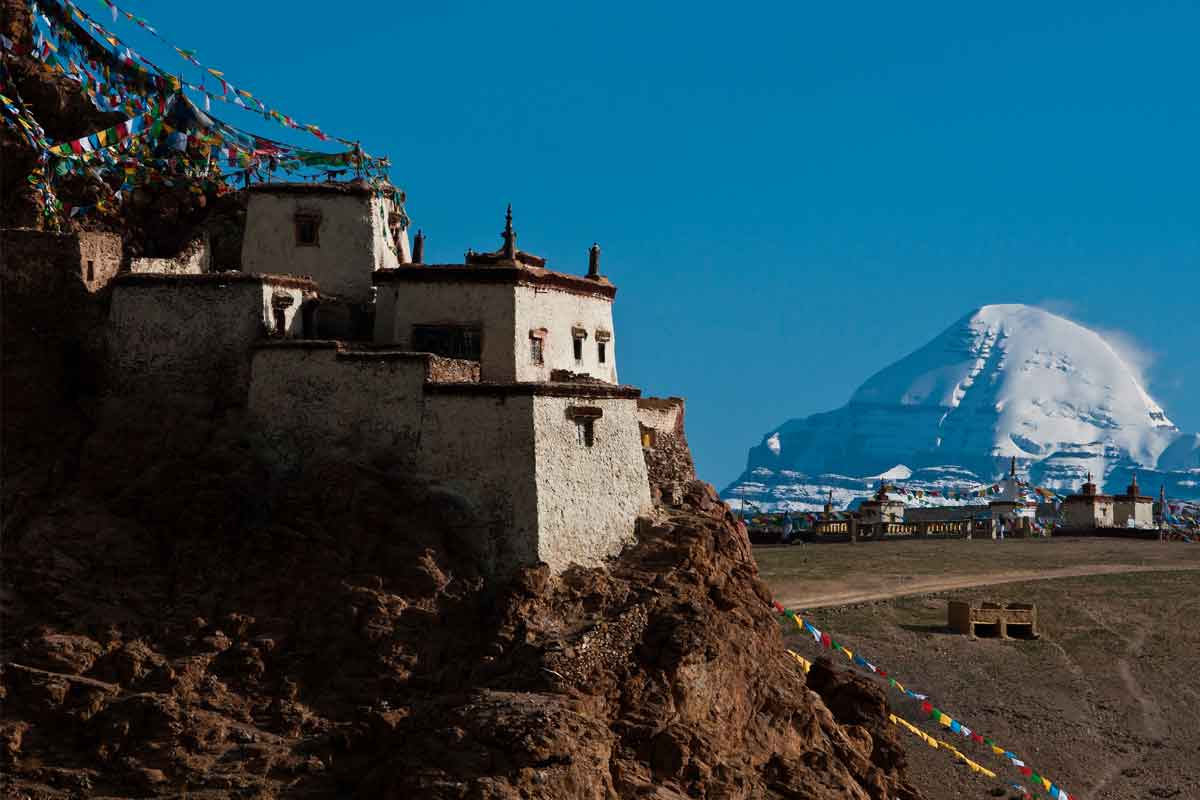 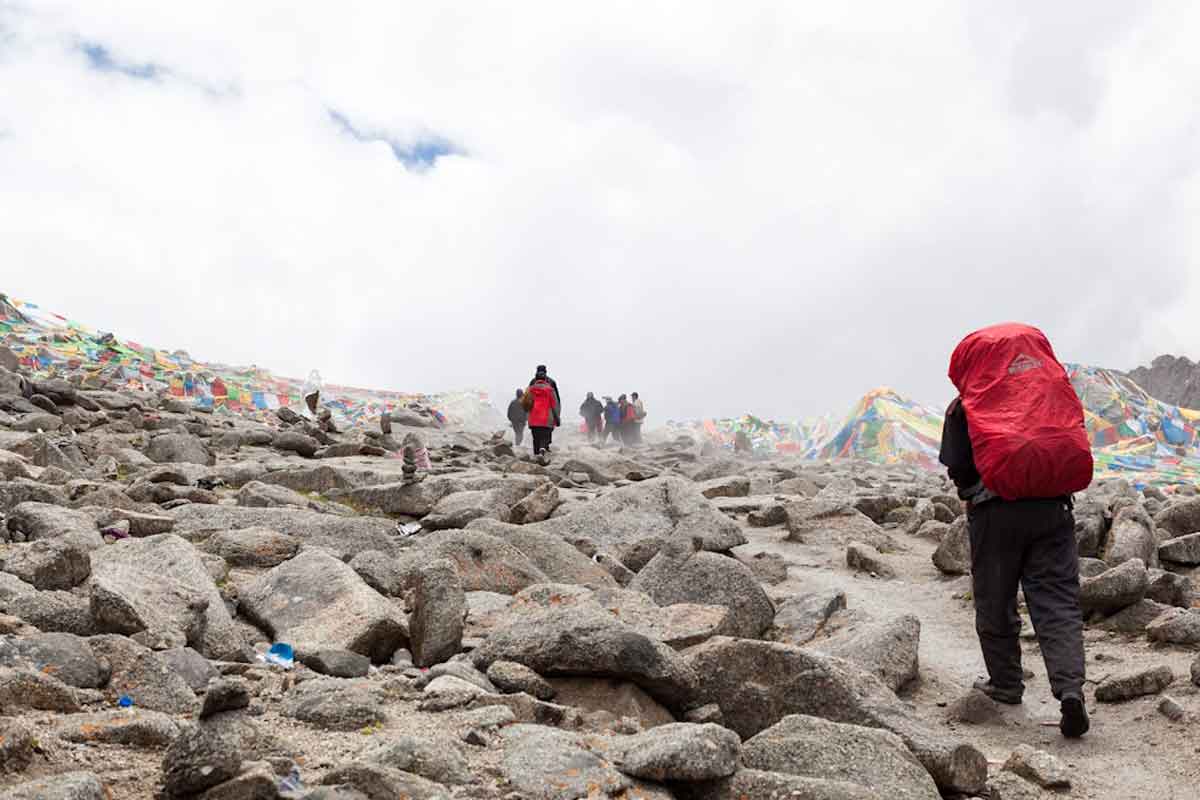 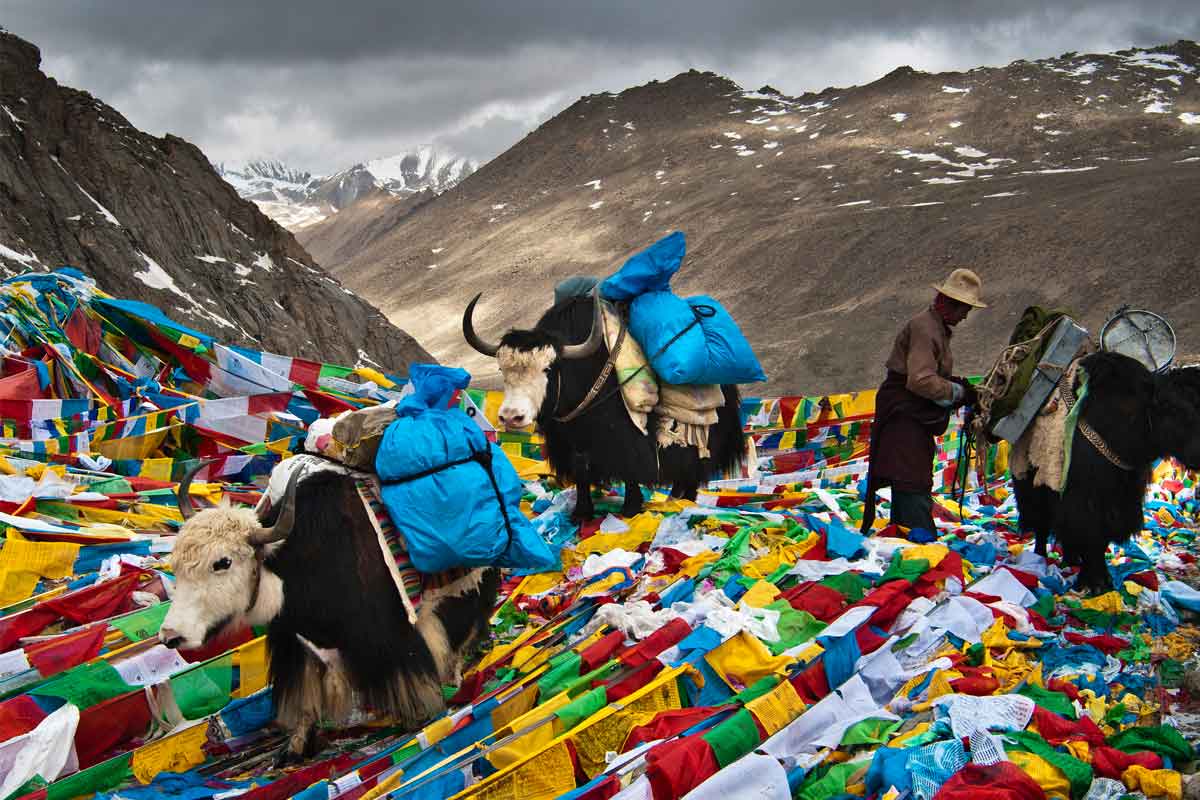 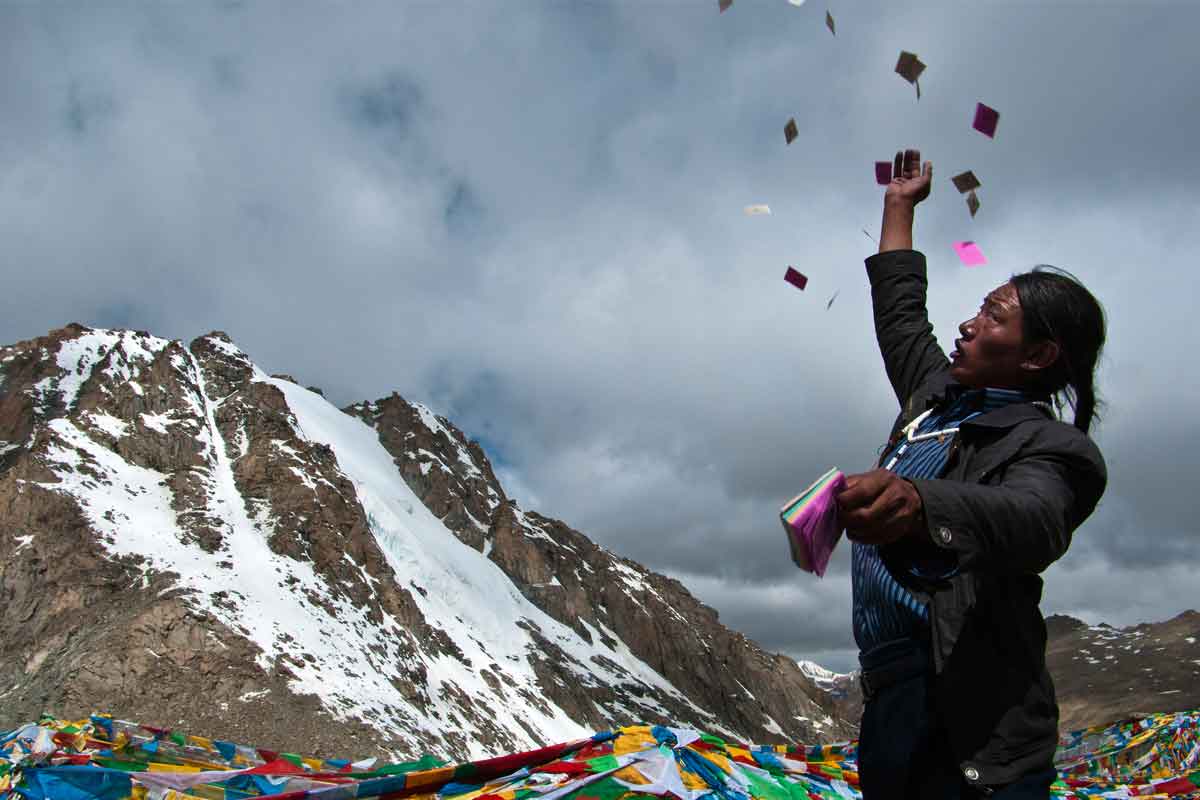 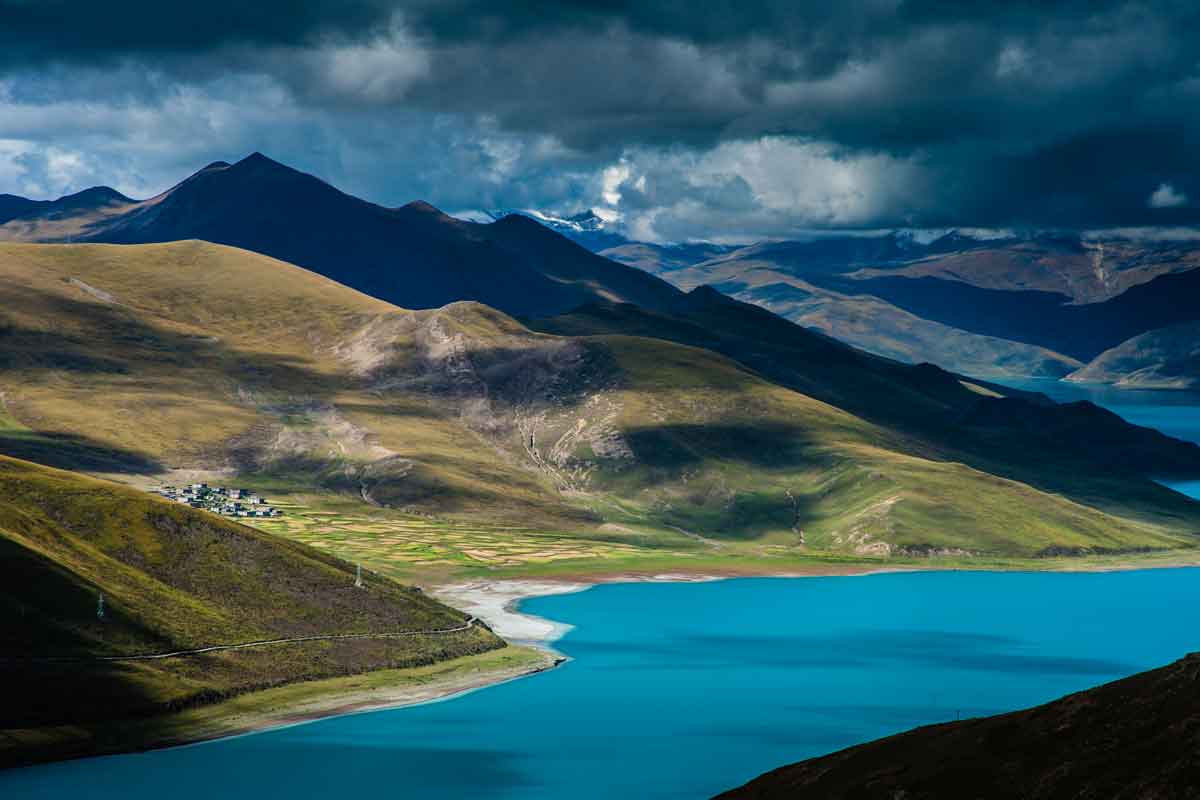 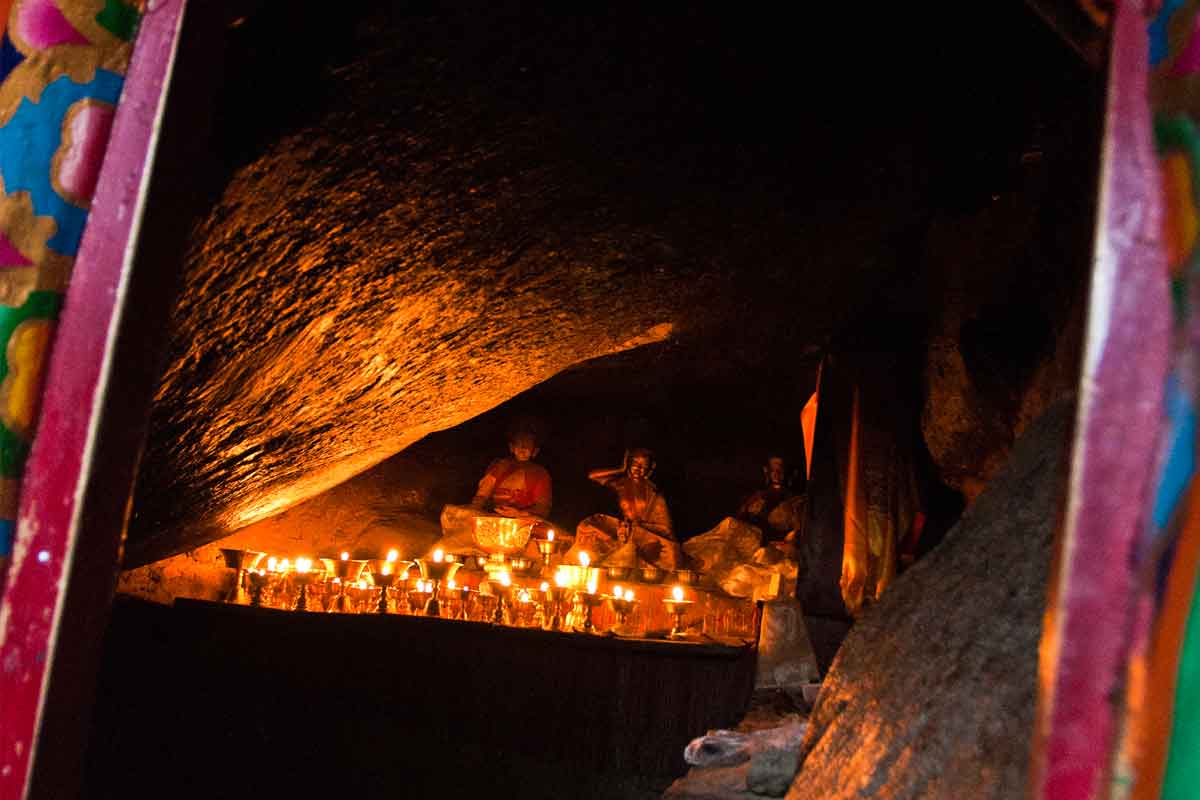 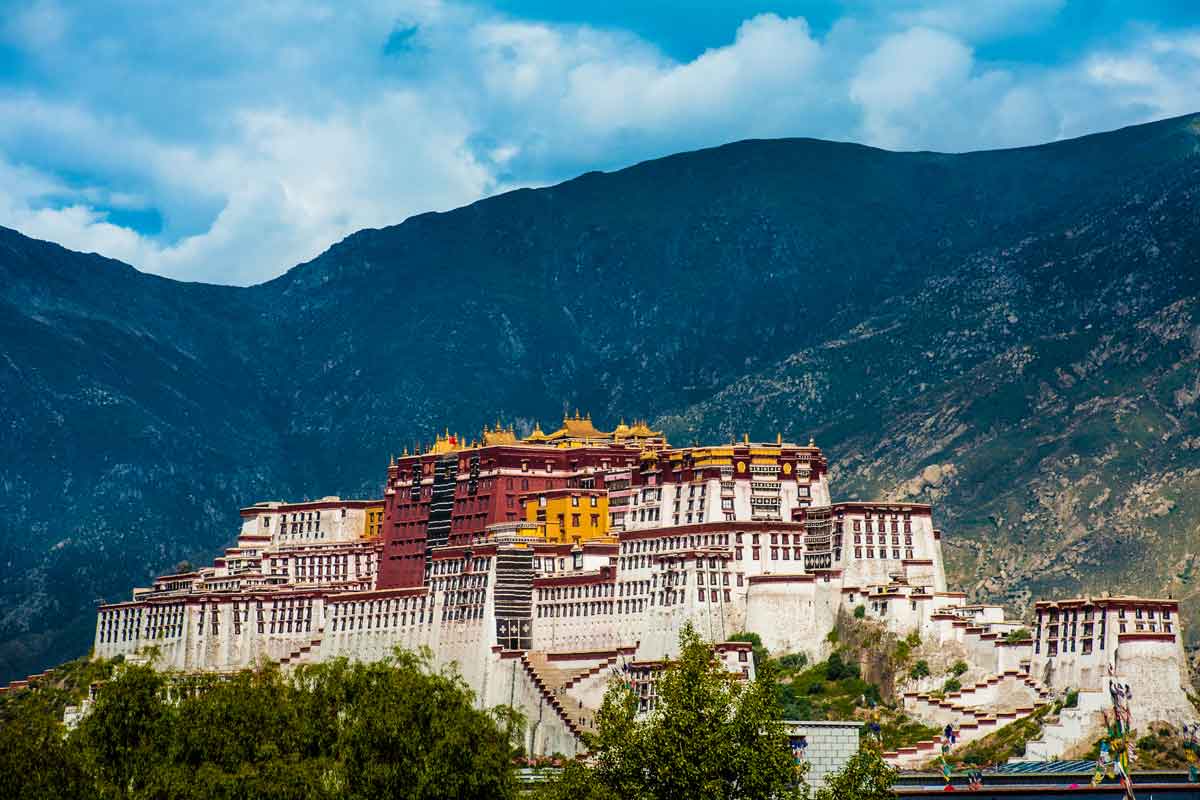 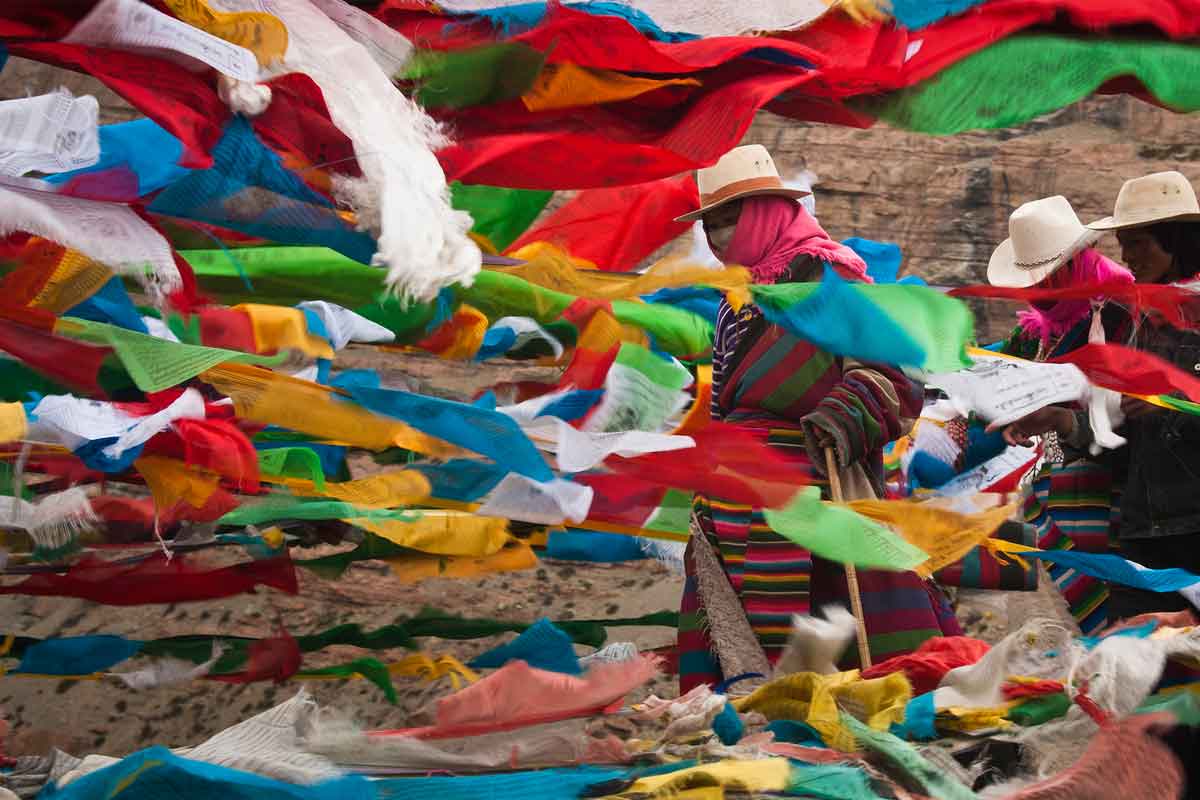