Everest Expedition North with Trekking Experts begins six hours’ drive to Rasuwghadi-border between Nepal and Tibet. You’ll drive to Rongbuk base camp (Everest North Base Camp) through beautiful Tibetan landscape. Chinese climbers claimed Mount Everest was climbed in 1960, but there is no evidence of it. Reinhold Messner who is regarded as the greatest climber ever, he pioneered a new road on the north col/face. Messner trekked the Northwest route for three days only himself from his base camp at 6,500 meters without oxygen tanks for the first time in the history in 1980. North route is a perfect choice to make the success happen without less crowd comparing to south every year. You will do several rounds of practice climbing to acclimatize before actual climbing to the top.  The literal base camp for north route will be from advance base cap which is about 20 kilometers away from Chinese base camp/Rongbuk base camp. In order to make summit you’ll do rotations between camps and will ascend gradually setting up camp I, Camp II, Camp III, Camp IV and will continue onto the North East Ridge, where you will encounter the first obstacle known as the first step. First step is rock structure about 30 meters high. From the top of the world, Mount Everest, you’ll enjoy heavenly views of all mountain ranges and clouds beneath you.

Climb the highest mountain in the world Mount Everest (8848m)

Today you’ll visit around Kathmandu at the same time Trekking Experts will be preparing for climbing. One of you who will randomly picked as the Team Leader in the group needs to visit Department of Tourism for permit formalities. It will be just for about an hour only. And you can continue your tour around Kathmandu. There are several world heritage sites in Kathmandu and you can visit three among them. Most probably you’ll visit Boudanath, Pashupatinath and Bhaktapur Durbar Square. In the meantime, Trekking Experts will obtain travel and climbing permit for Tibet.

This day is fully free day and waits for Tibet visa. Also today you can do last minutes shopping if you missed to buy anything for this expedition. If there is no holiday in previous day, you’ll have free time to rest and explore around Kathmandu valley. In a meantime, we, Trekking Experts will collect your passports and visas from Embassy of China and will do final preparation.

After finalizing Tibet visa and very early morning breakfast, you’ll drive to Rasuwaghadi-the border between Nepal and Tibet. You’ll lead towards north of Kathmandu following Pasang Lhamu Highway and cross the Langtang National Park to reach the border. Upon arrival at border, you’ll pass your baggage from immigration and drive to Kyirung. And then you’ll have to rest and explore around.

Today you’ve fully free to explore around Old Dingri. This day is for acclimatization as you’ll be already above 4390 meters from sea level. After breakfast you’ll hike up to 5000 meters to stretch your legs and acclimatization.

After breakfast at Old Dingri, today you’ll drive to Chinese Everest Base Camp via Rongbuk Base Camp. From Tingri the road changes condition even more, as you leave the G318 and take the local road to get to Rongbuk, and then on to Everest Base Camp (Chinese Base Camp). While the distance to EBC from Old Dingri is only 120 kilometers, the road condition is good but the winding road makes travel slower, taking around four hours to make the trip.

You’ll spend three nights in Chinese Base Camp for acclimatization, preparation and check your personal climbing gears. During these days you can descent down to Rongbuk Base Camp and return to camp and also hike little higher till 5300 meter sea level for better adjustment for high altitude. In the meantime, your climbing Sherpa team will be bringing all personal gears and climbing gears to advance base camp.

After spending three days at around base camp, today you’ll move forward towards Advance Base Camp (ABC). However today you’ll spend overnight at middle camp high is situated at 5760 meters from sea level. You’ll pack up all your climbing gears and you’ll ascent to middle camp which is an easier trek crossing through glacier. You’ll take east side of ice cap of Rongbuk glacier.

After breakfast at middle camp, you’ll head towards Advance Base Camp (ABC). Advance Base Camp is located in the middle of flattened gravel mounds next the glacier. From middle camp, you’ll ascend into the intricate maze of ice as you meet up with the Changtse Glacier from where you can observe many challenging pinnacles, ridges and rock summit of Mount Everest. Upon arrival at ABC, you’ll meet your entire team including climbing Sherpas and cook there. And your climbing will brief about the next days program and plans.

During these days, you’ll spend time around for acclimatization, set up camps and also preparation for higher camps. Also Pooja (worship) ceremony will be conducted for good lock of climbing.

After few days rest at base camp, today you’ll climb up to North Col Camp situated at 7000 meter. It will be about 5-6 hour climb which takes you from the edge of the East Rongbuk Glacier up progressively steepening snow slopes. You’ll set up camp for overnight stay at tented camp.

After staying three nights overnight stay at 7000 meter elevation and some climbing practices around North Col Camp, today you’ll descent to Advance Base Camp. You’ll descend quickly via rappels and arm-wrapping back to our camp on the side of the glacier.

You’ll spend two days in advance base camp for rest.

Today again you’ll climb up to North Col Camp situated at 7000 meter. It will be about 5-6 hour climb which takes you from the edge of the East Rongbuk Glacier up progressively steepening snow slopes.

From North Col, you’ll climb to rocky north ridge to set up camp II. There is a long reasonable angled snow slope at around 7750 meters from sea level where Camp II will be set up. And you will spend one night at there.

After reaching about 7750 meter, now you’ll descend down to Chinese Everest Base Camp (5100m). you’ll spend about 5 days in lower altitude i.e. at Chinese Base Camp. This is essential to adjust the acclimatization and rest before considering a summit push.

After staying 5 days in Everest Base Camp, you’ll move up to Advance Base Camp Again. If weather condition and your health allows, you’ll take a change to make summit push. For summit push you’ll climb to North Col Camp. From North Col you’ll utilize supplementary oxygen to continue to Camp II (7750m), Camp III (7900m), Camp IV (8300m) and on to the summit (8848m). The climbing above North Col varies, with mostly easy snow and rock ledge walking punctuated by short steeper steps, including the First, Second and Third Steps on the way to summit. After topping out, you’ll descend as far as possible North Col Camp or Advance Base Camp.

After successful summit, today Advance Base Camp will be cleaned up and pack up all the gears.

Today your vehicle will pick up from Rongbuk and drive to Old Dingri following the same route.

Today is fully free day to rest in Kathmandu. After successful summit of Mount Everest, you can celebrate successful day in Kathmandu. In the evening, Trekking Experts will organize farewell dinner at typical Nepalese restaurant.

1 English speaking Tibetan guide and interpreter during the trip 1 expedition cooks and required kitchen helpers at advance base camp All required yaks to carry camping equipment, food, fuel and climbing gears for CBC-ABC and ABC to CBC 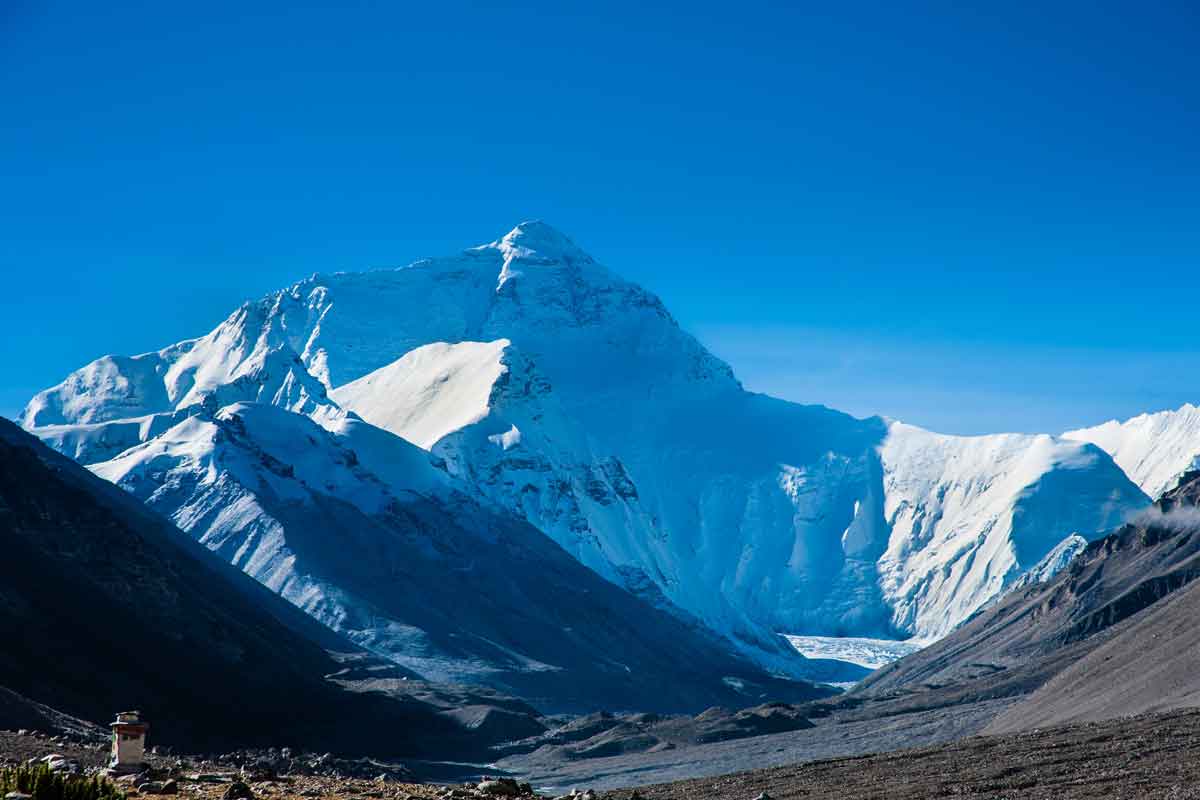 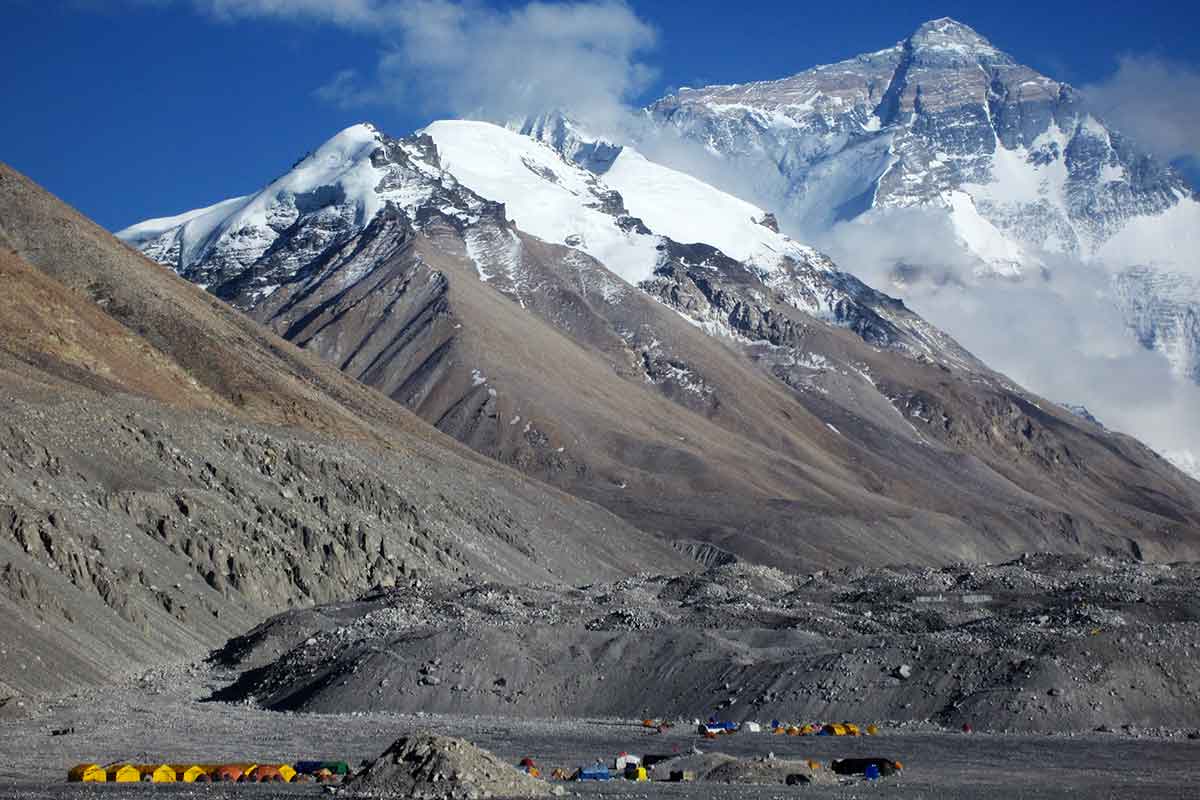 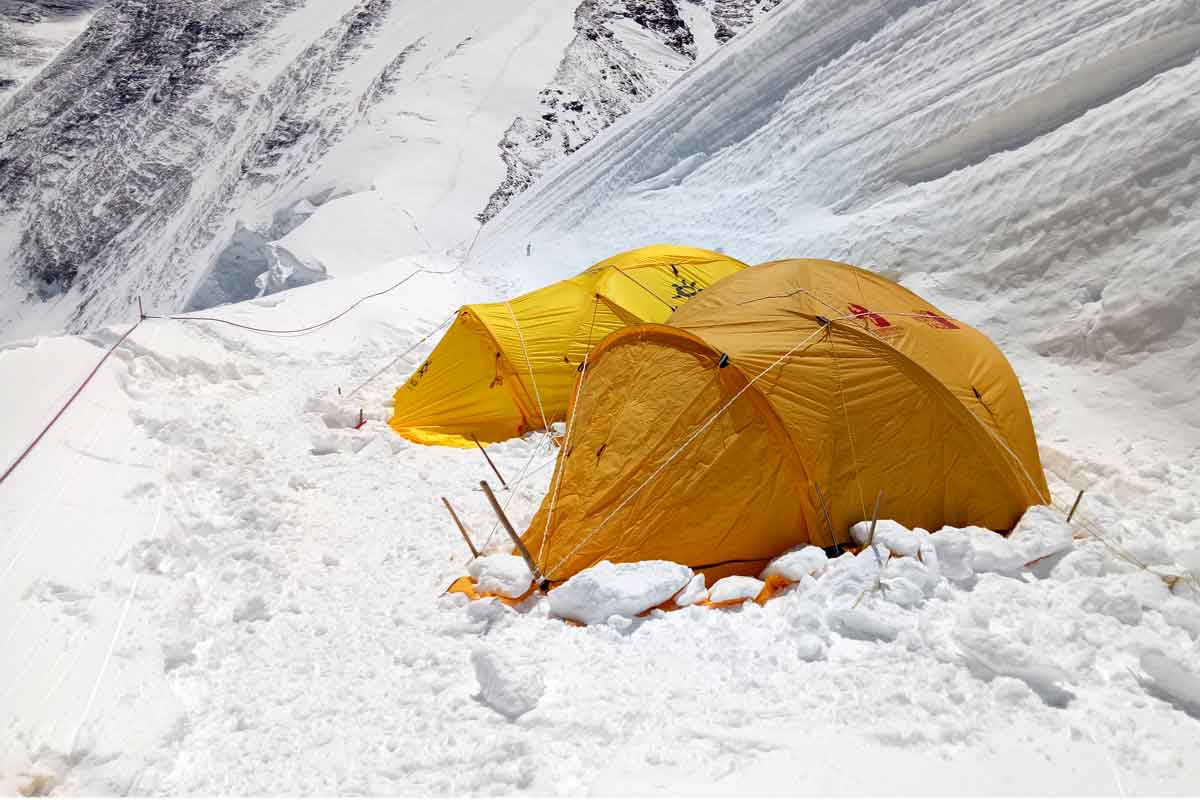 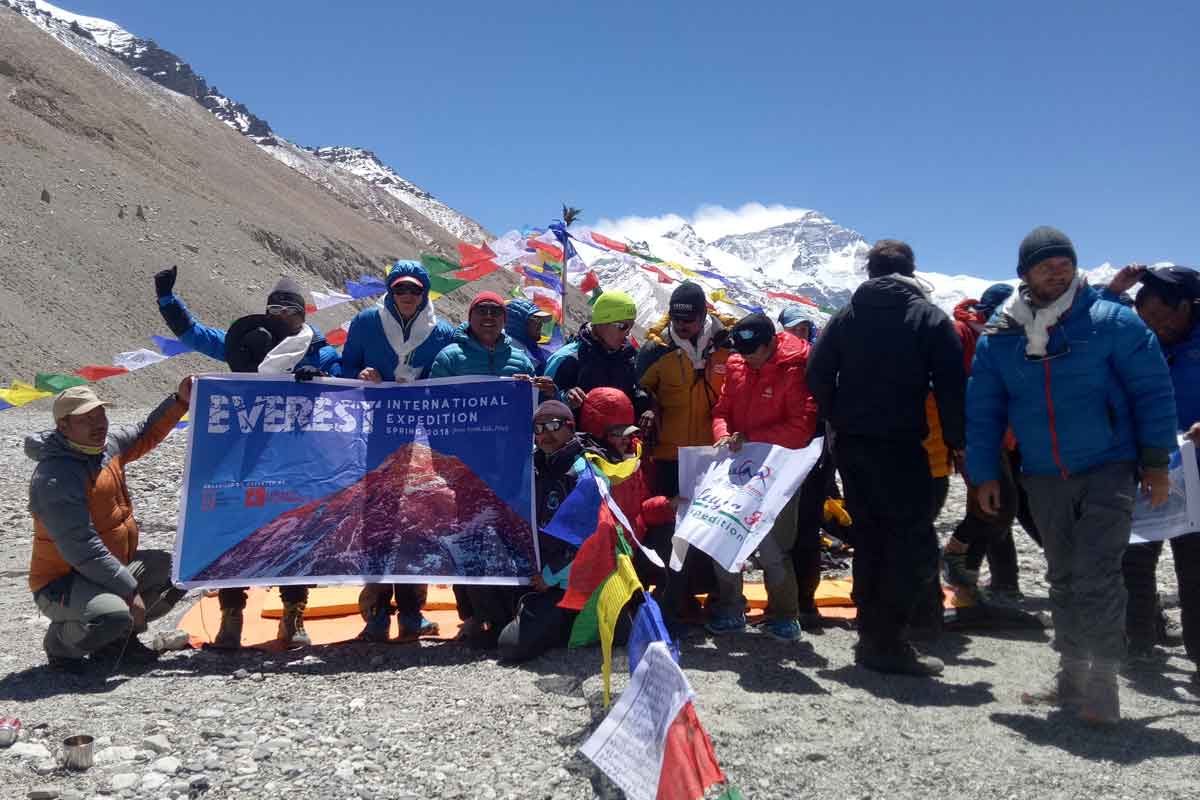 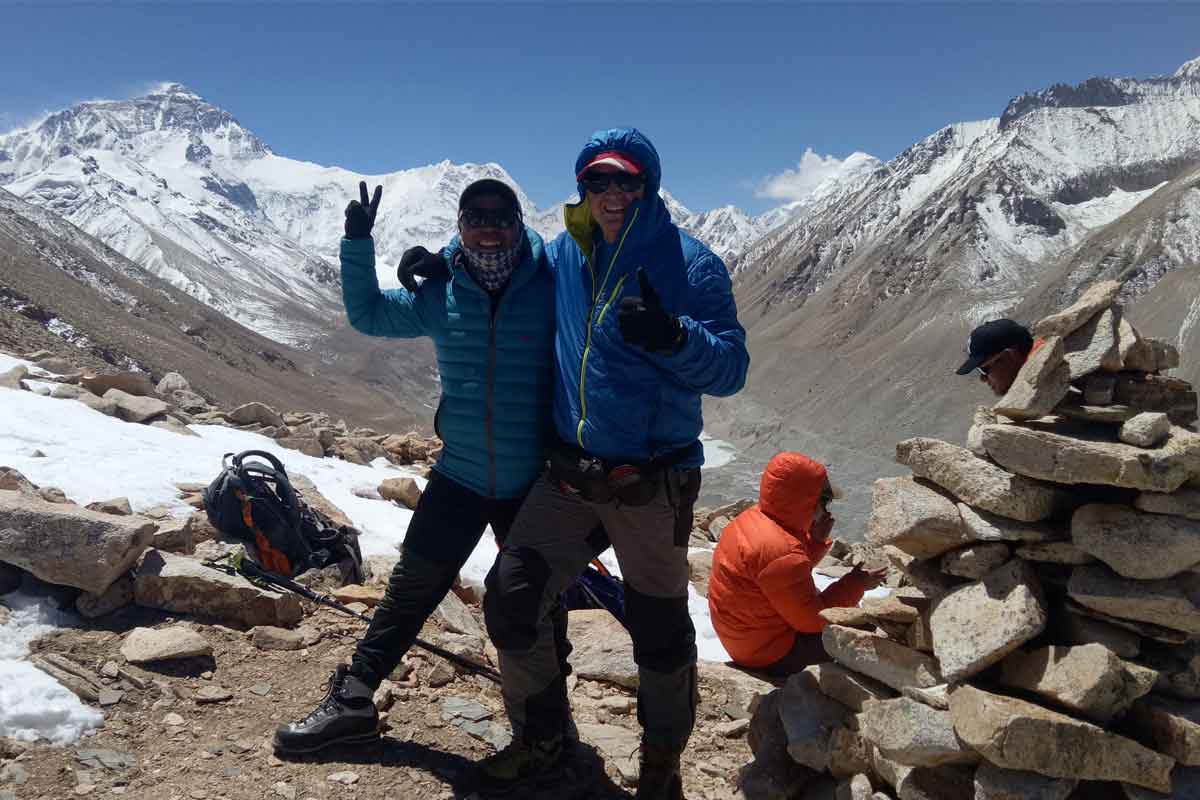 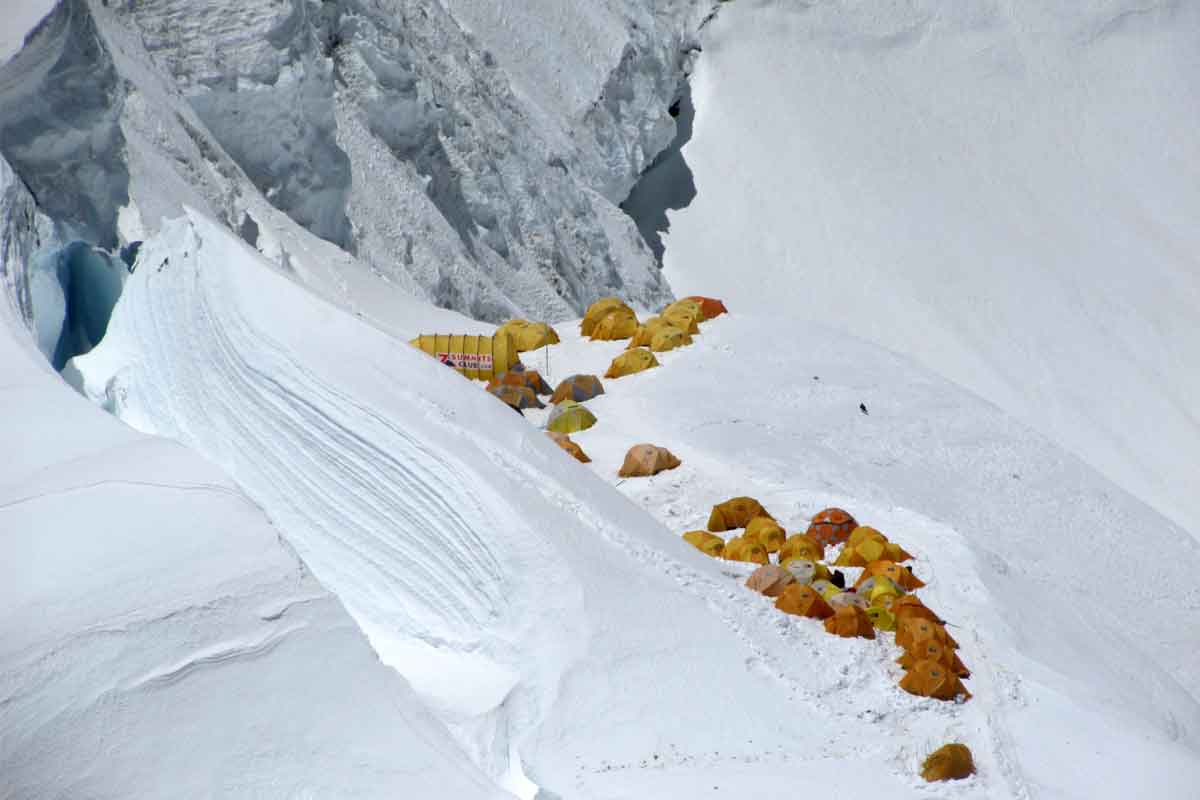 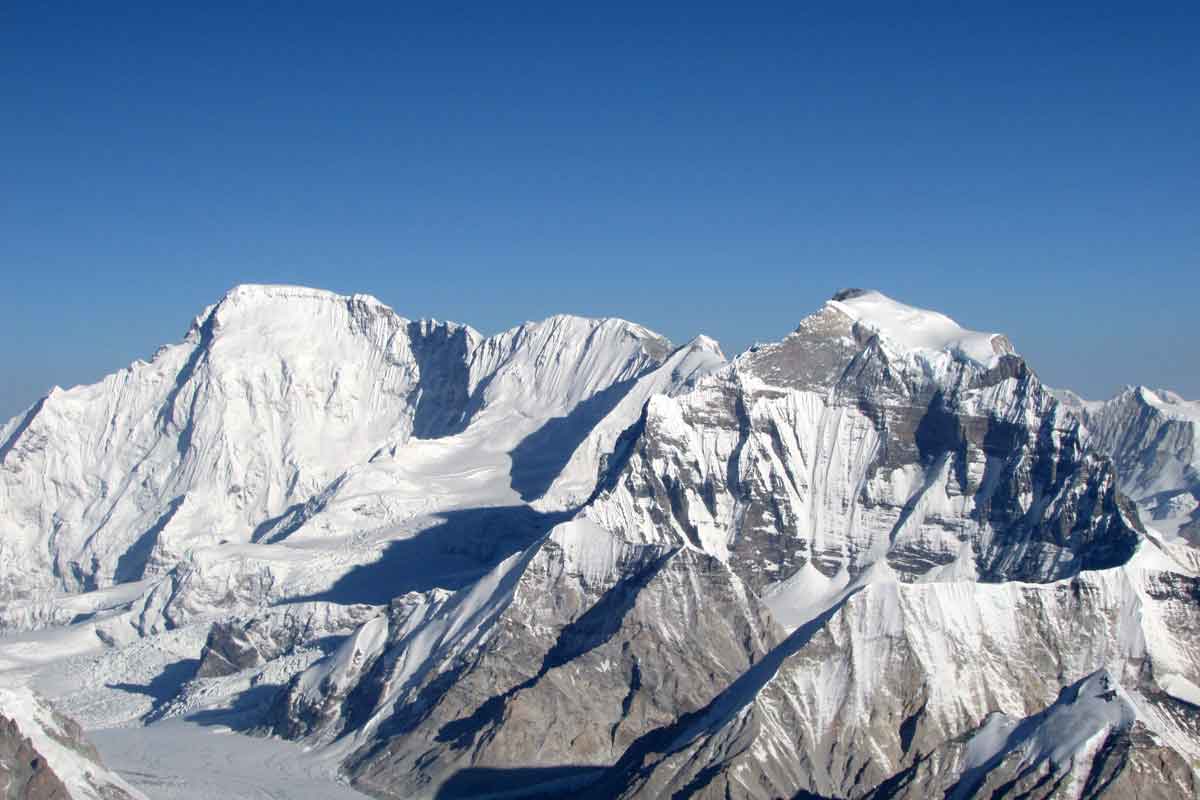 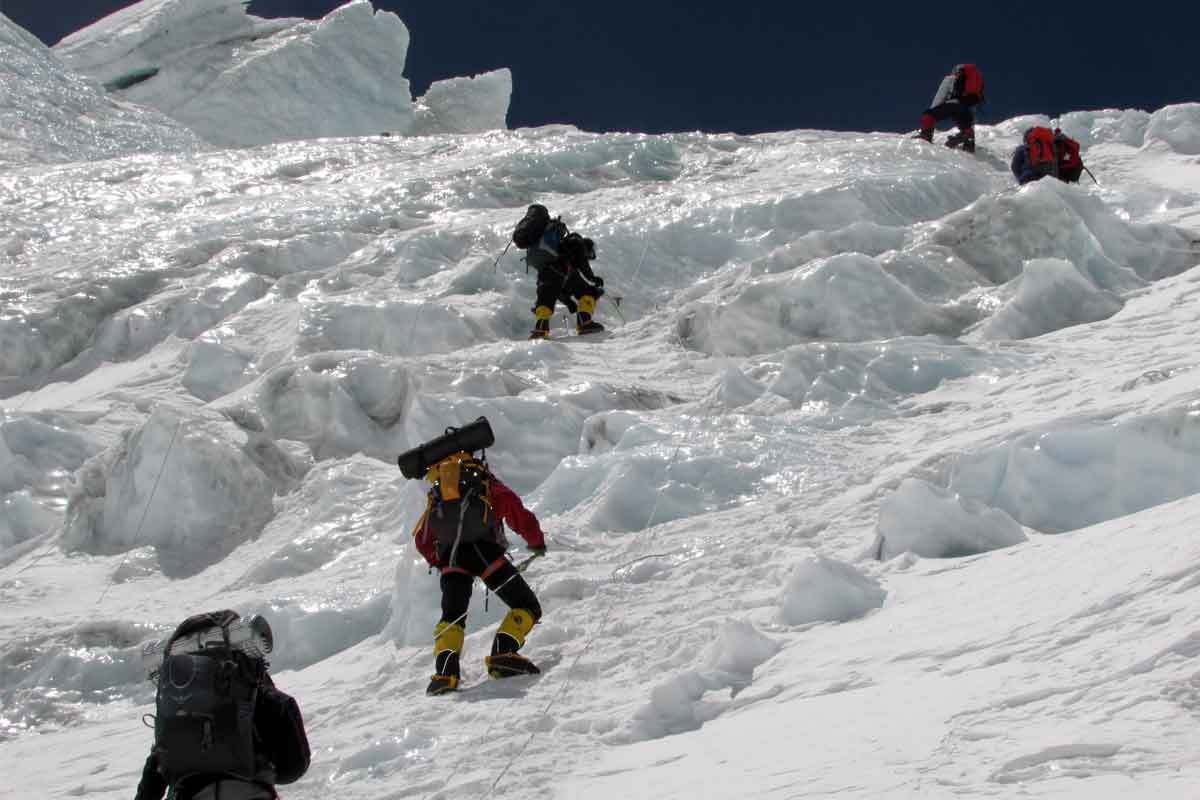 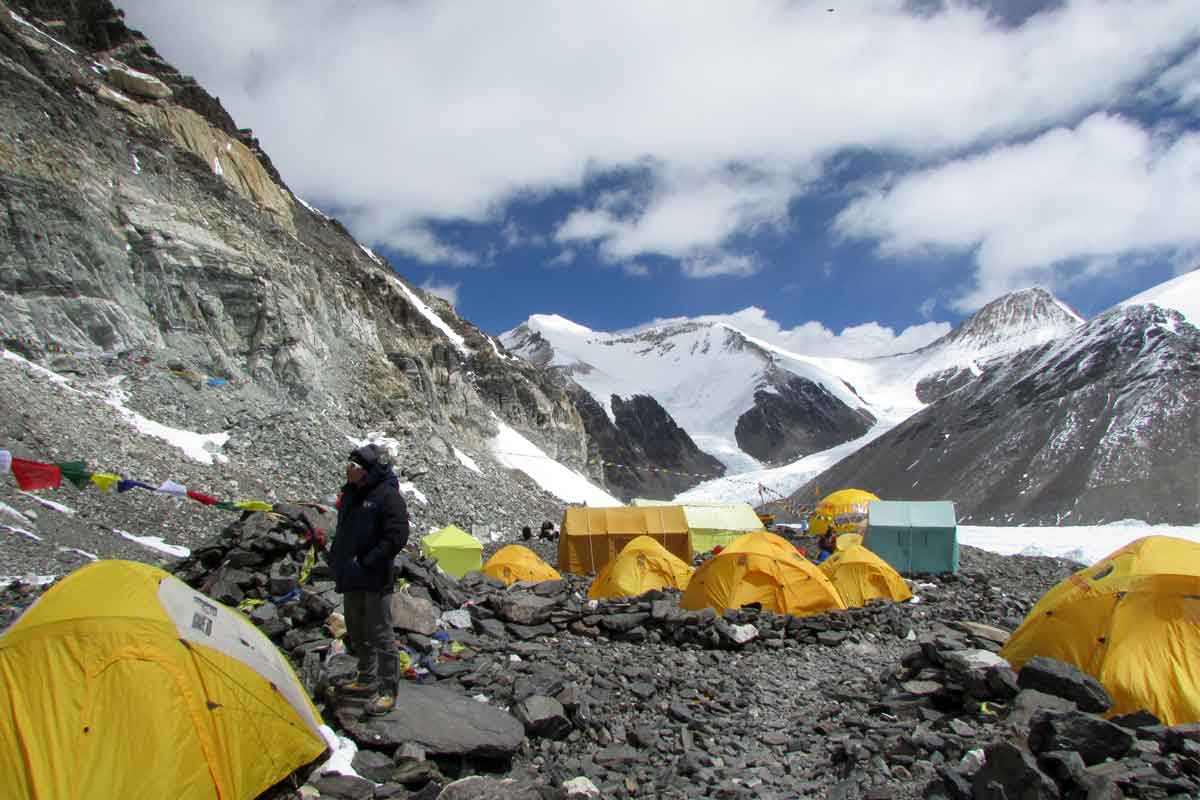 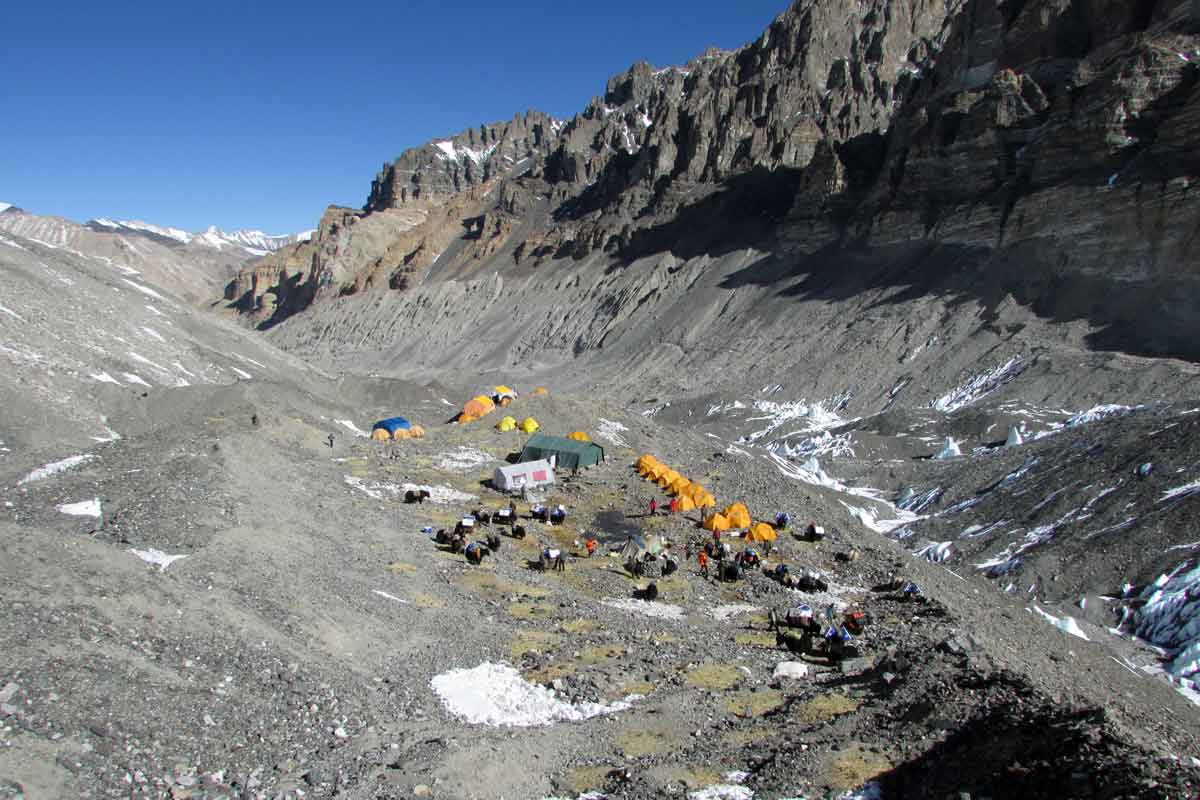 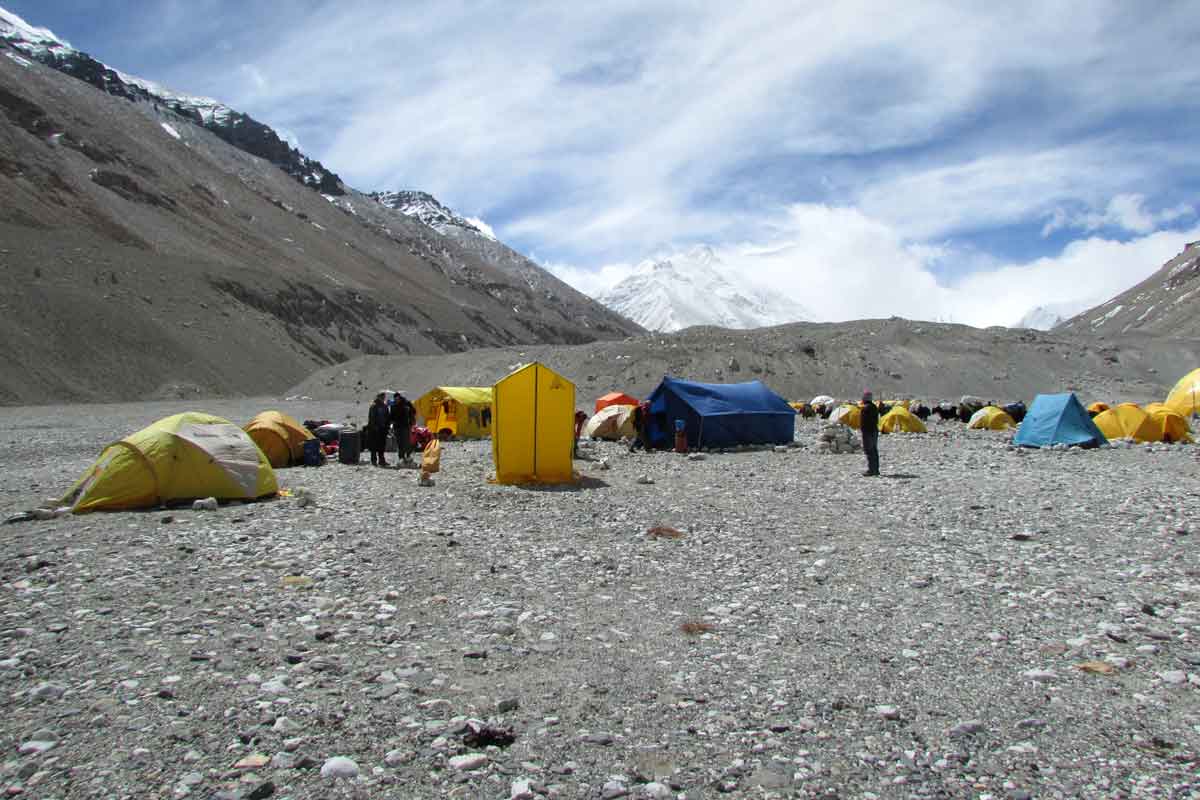 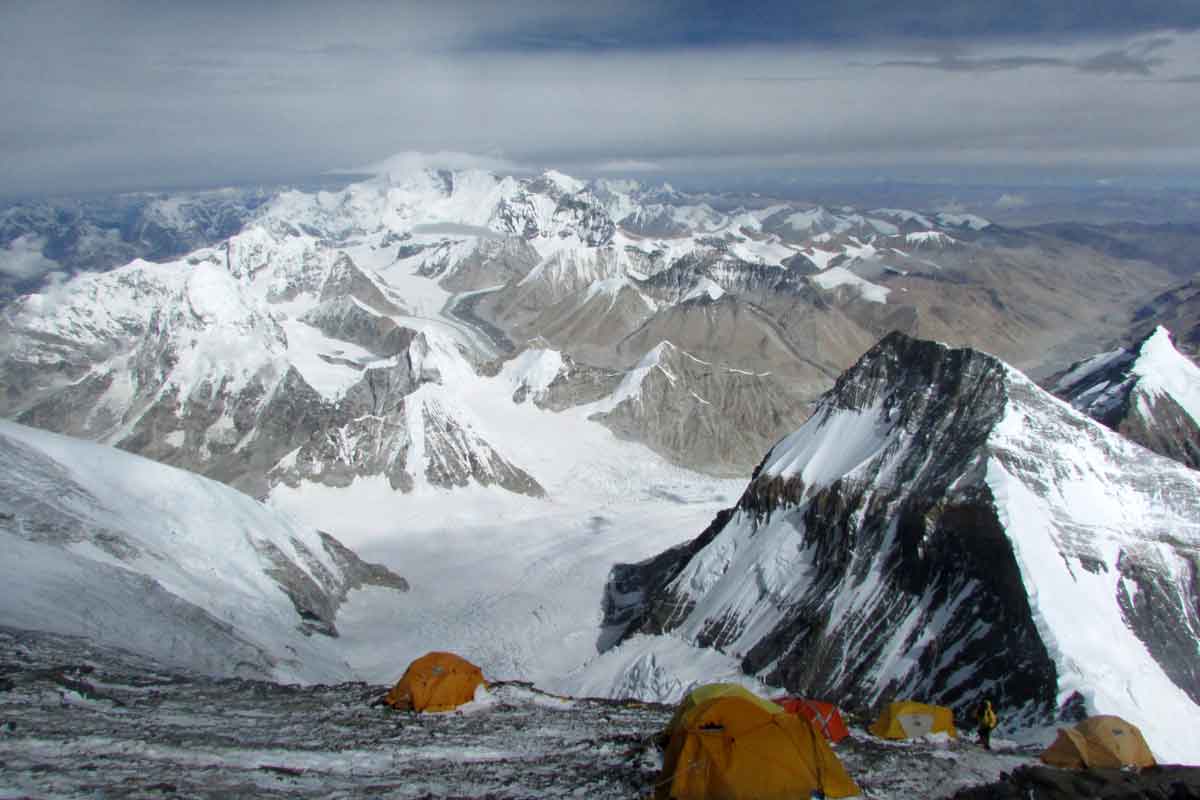 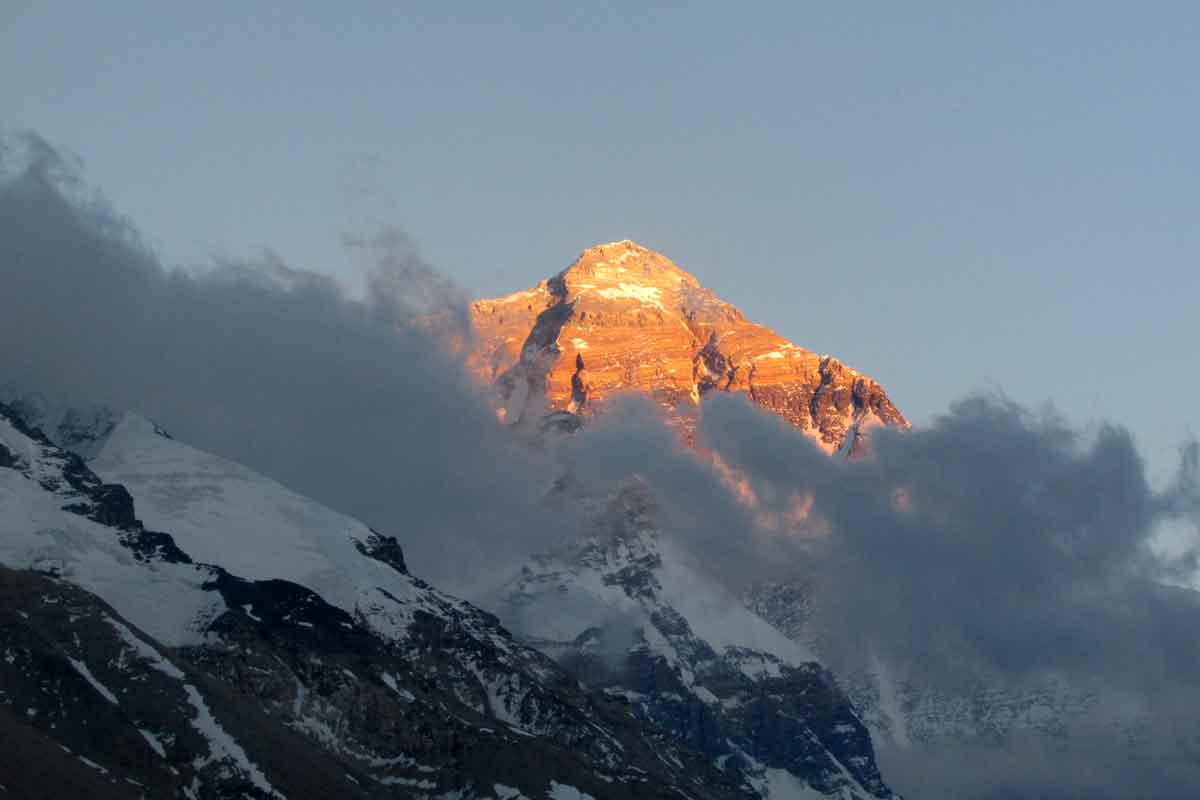 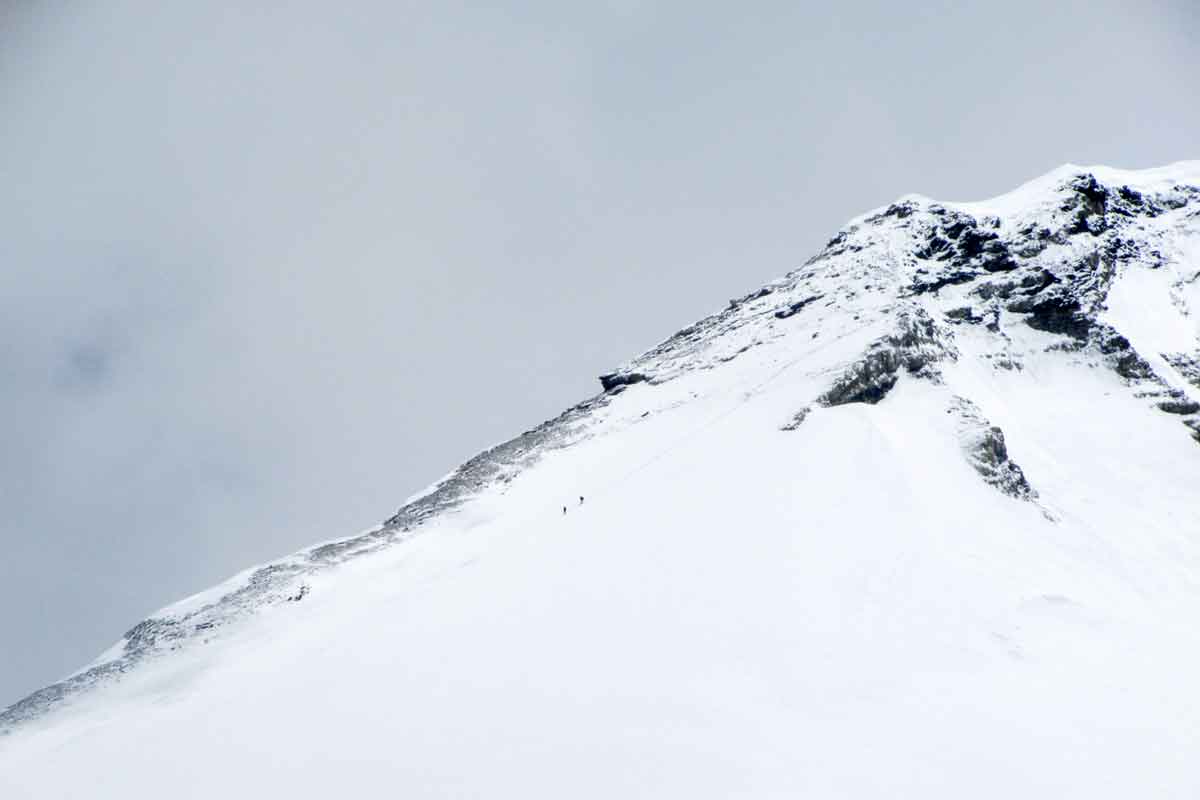 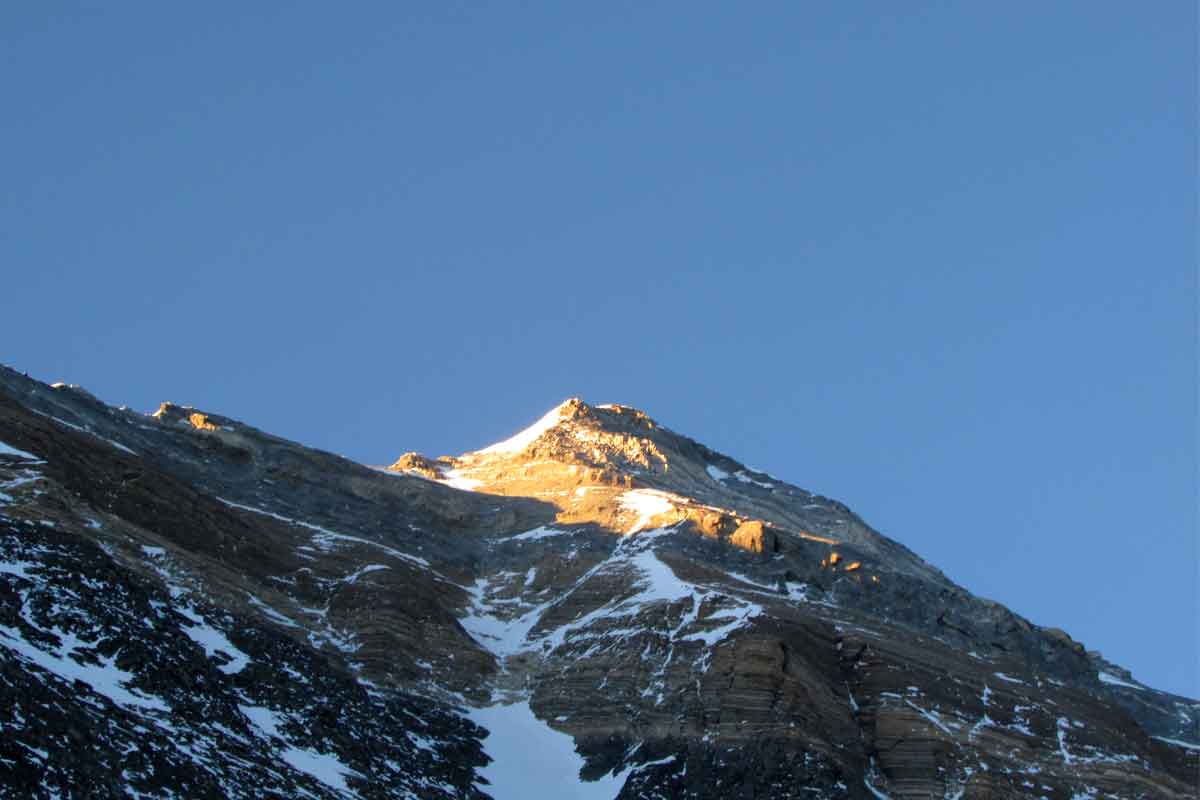 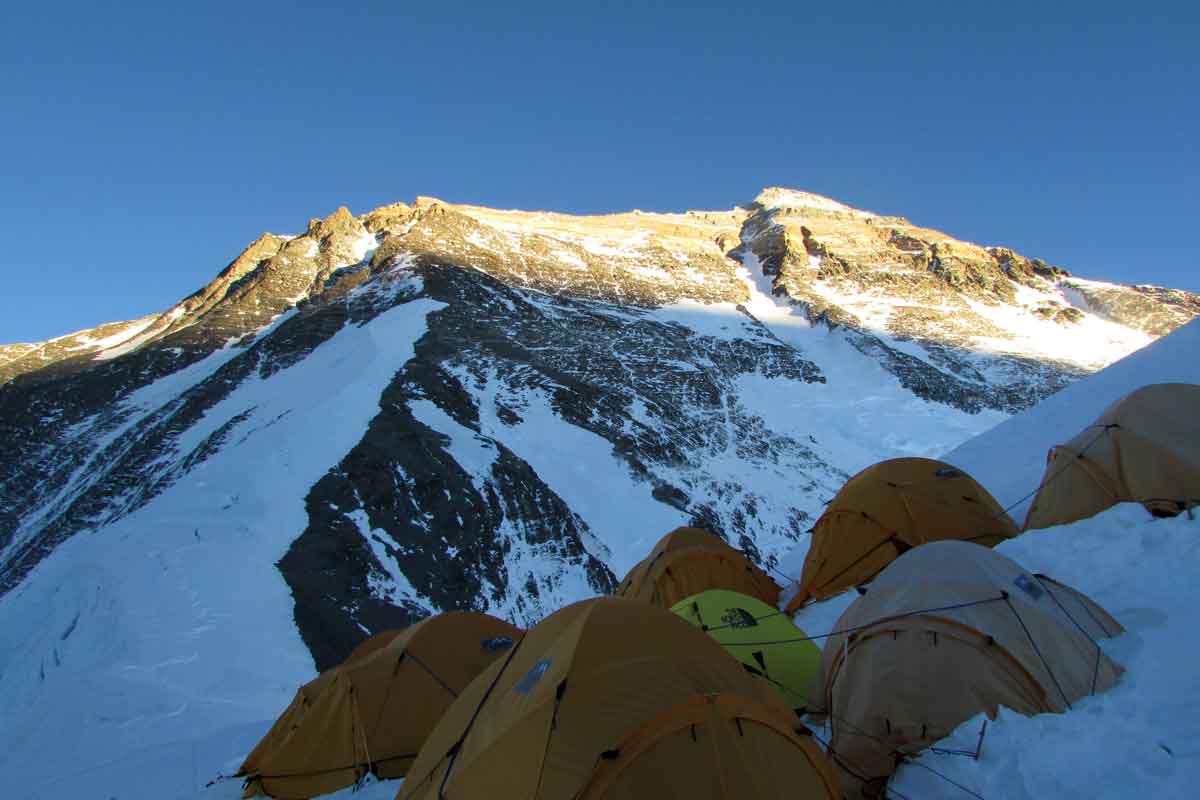 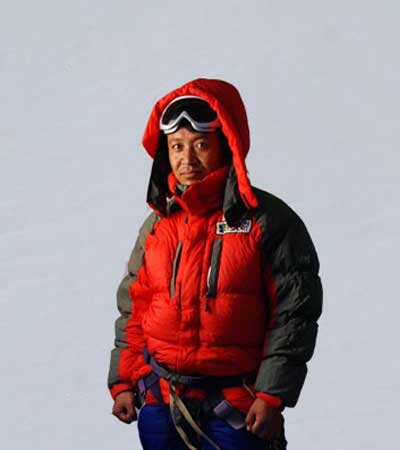